Crypto Daily: Bitcoin Is About To Fall Again Over the last 24 hours, the Bitcoin price has not changed much and stayed at slightly above $40,000. But despite this fact, the trading volume increased by 35% and amounted to $33 billion per day. Meanwhile, altcoins experienced a slight decline. Most assets from the the top-100 list were down by 2-3% in one day.

Let’s take a look at the Bitcoin chart and try to predict the direction it will take this weekend: 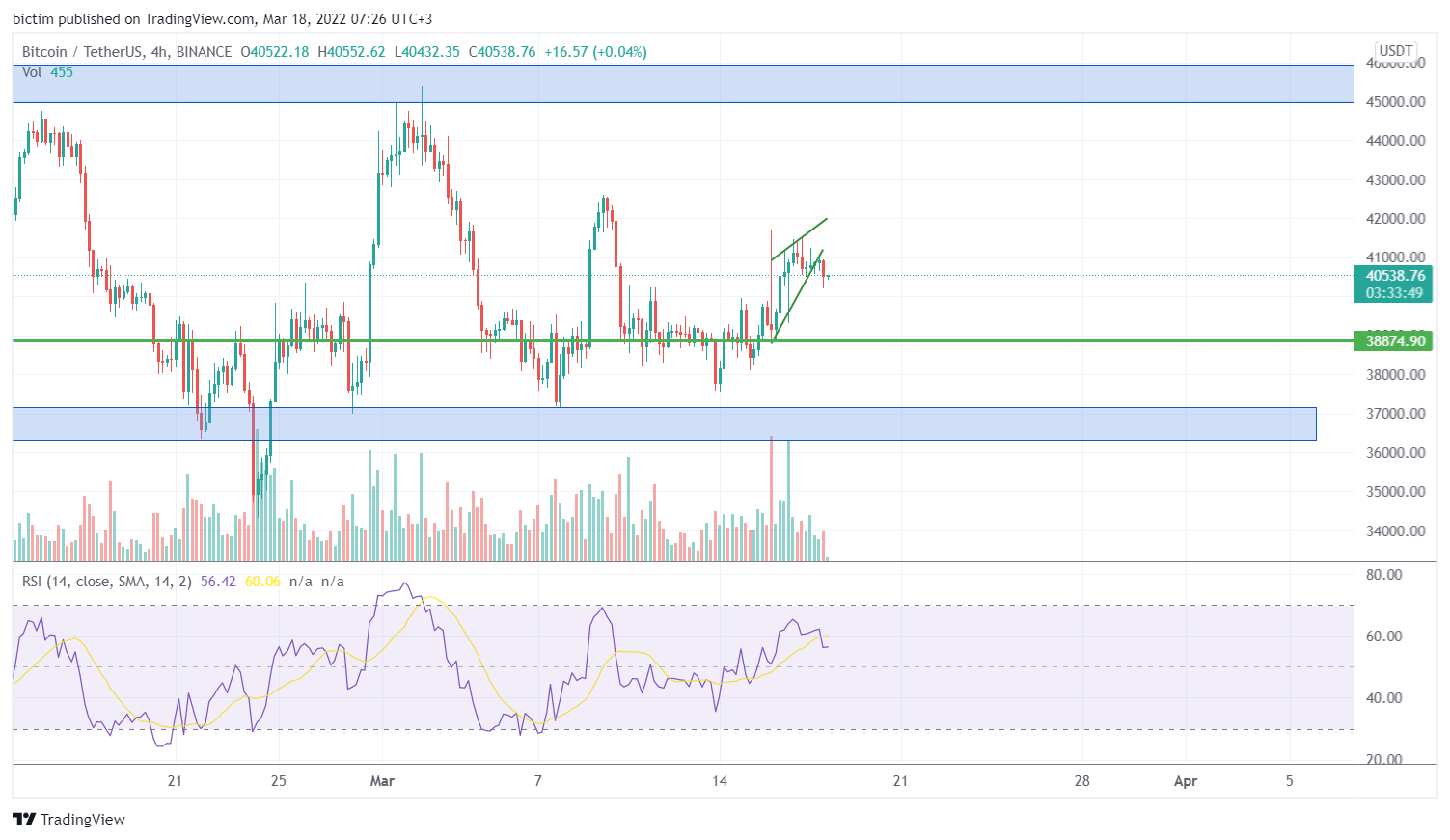 Since the beginning of this week, the price of Bitcoin has already increased by 10%. At the same time, the 4-hour chart has formed a “rising wedge” reversal pattern, which can be better seen on the hourly chart. By now, the price has already experienced a retest after breaking the lower border of this figure, which means that the fall will continue and Bitcoin may go down to $38,700.

In addition, we’ve learned the Bollinger Bands indicator. Over the past few days, the price has been moving along the upper border and almost never rolls back down. However, only recently, the chart has tested the middle line at the $40,100 level. Most likely, Bitcoin will reach the lower band, which is currently located at $38,300, in the next couple of days.

We also want to draw your attention to the $38,500 – $39,500 zone. This level has been the weekend main trading area for the last three weeks. Here, volatility is significantly reduced and trading volumes fall drastically. Such a scenario will probably repeat itself this time. Therefore, we expect to see Bitcoin declining to this range once again.

Several patterns point to the fact that we will face another market drop in the coming days. From a global perspective, it should also be noted that Bitcoin is still in a downtrend. So, the awaited fall to $38,000 – $39,000 can be just the beginning.

Now, any negative news can wreck the market again. Buyers are still out of strength and do not hurry to buy Bitcoin and other cryptocurrencies. Many of them ended up in a big drawdown and turned to other markets. Currently, opting for short trading is the most relevant strategy as we haven’t seen any reversal patterns yet.