Over the last 24 hours, the Bitcoin price has remained almost the same and now the first cryptocurrency sits at around $37,000. At the same time, trading volume slightly increased and amounted to $32 billion. While Bitcoin stood still, altcoins continued to fall, although many assets from the Top-20 started moving upward. This is evidenced by the Bitcoin market dominance which rose to 43% yesterday.

Let’s take a look at the BTC chart and try to figure out what to expect from the price this coming weekend: 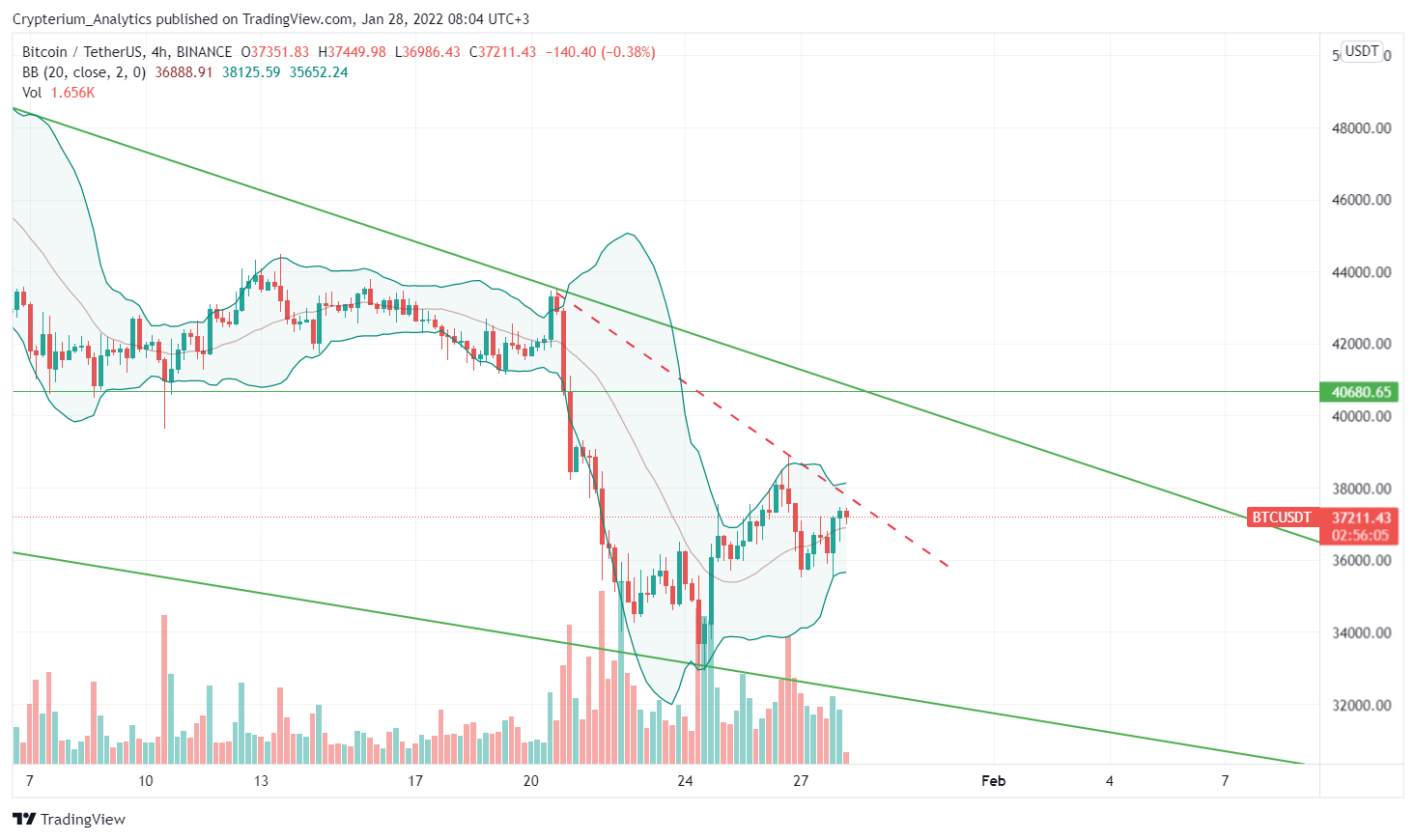 Two days ago, Bitcoin reached $38,919 which turned out to be a local price maximum after the fall had occured on January 20. If you take a closer look at the daily chart, you can see that the $37,000 – $39,000 level slows the movement of Bitcoin. The last three Japanese candles were in the form of a doji as buyers stepped back and just watched the market.

Over the past 10 days, a local downtrend line has formed on the chart just where the price has reached its maximum that we have talked about earlier. Then Bitcoin rebounded to $35,500 and now it is moving around $37,000 resting against this line over and over. Based on this, we can assume that this level will remain important in the coming days.

Moreover, if you look at the Bollinger Bands indicator, you can see that the middle line also comes around $37,000, while the upper line comes around $38,000. This only confirms our suggestions regarding the local level of resistance.

All this means that there is little upside for Bitcoin at the moment. It will be difficult for Bitcoin to break $38,000 and gain a foothold above this level, since this is where the sellers will actively oppose buyers. But if bulls succeed, the prospects of further rise will not be considerable and the price will increase by only 5% to $40,000. Around this level, there is a global downtrend, which will be almost impossible to break in the coming days.

We also need to remember that today is Friday, which means that many market participants will fix their positions. In addition, all the latest Bitcoin drops took place on Fridays. Therefore, you need to be extremely careful when participating in the crypto market.