Yesterday, Bitcoin continued to grow and added 1% to its value in a day. Trading volume jumped sharply by 20% to $38 billion. Altcoins showed even better dynamics and outpaced Bitcoin in terms of rate of growth.

Let’s take a look at the chart of the first cryptocurrency and try to figure out what direction the price may take in the coming days: 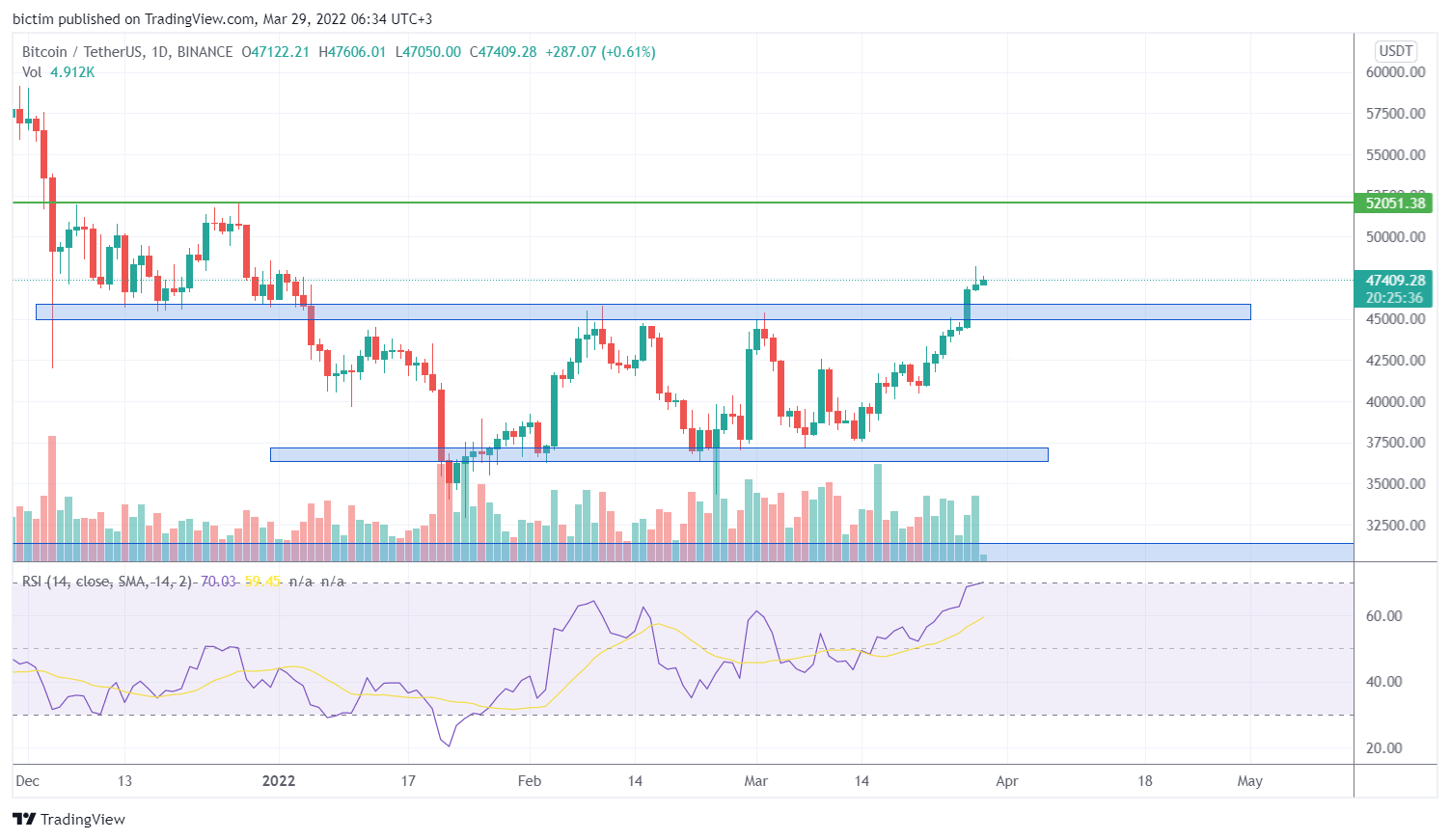 The price of Bitcoin has been steadily increasing for 7 days in a row. Yesterday, the chart set a local maximum at $48,189, but sellers seized the initiative and quickly returned the price back to $47,000. Now, the BTC chart is in an explicit uptrend. This pattern is reinforced by the ever-growing trading volume.

However, if you look at the 4-hour chart, you will see that Bitcoin is in an overbought condition. This is indicated by the RSI oscillator, which consolidates confidently above the upper border. Moreover, the RSI broke the moving average. This may indicate the imminent fall of Bitcoin.

Yesterday, the chart also reached the upper Bollinger band and kept moving significantly higher, forming the whole candle pattern within the 4-hour timeframe. After that, the price increase slowed down and Bitcoin continued to rise by inertia. In situations like this, the chart usually reverses and goes down to the middle Bollinger band, which currently comes at $45,600, just near the levels we mentioned above.

Today’s state of the market is not conducive to a downward reversal. Now, we are waiting for a small correction of growth, which resulted in Bitcoin rising by 15%. Most likely, we will see a slight decrease to the indicated levels in the next 2 days. Bitcoin has a high chance of turning up and approaching the most important psychological mark of $50,000 by the end of the week.