Over the last 24 hours, the Bitcoin price has decreased by 2% which nullified the growth of recent days. Altcoins also declined following the original cryptocurrency. Volatility and trading volumes are still low as the market lacks active participants.

Let’s take a look at the Bitcoin chart and try to figure out what direction the price may take in the coming days: 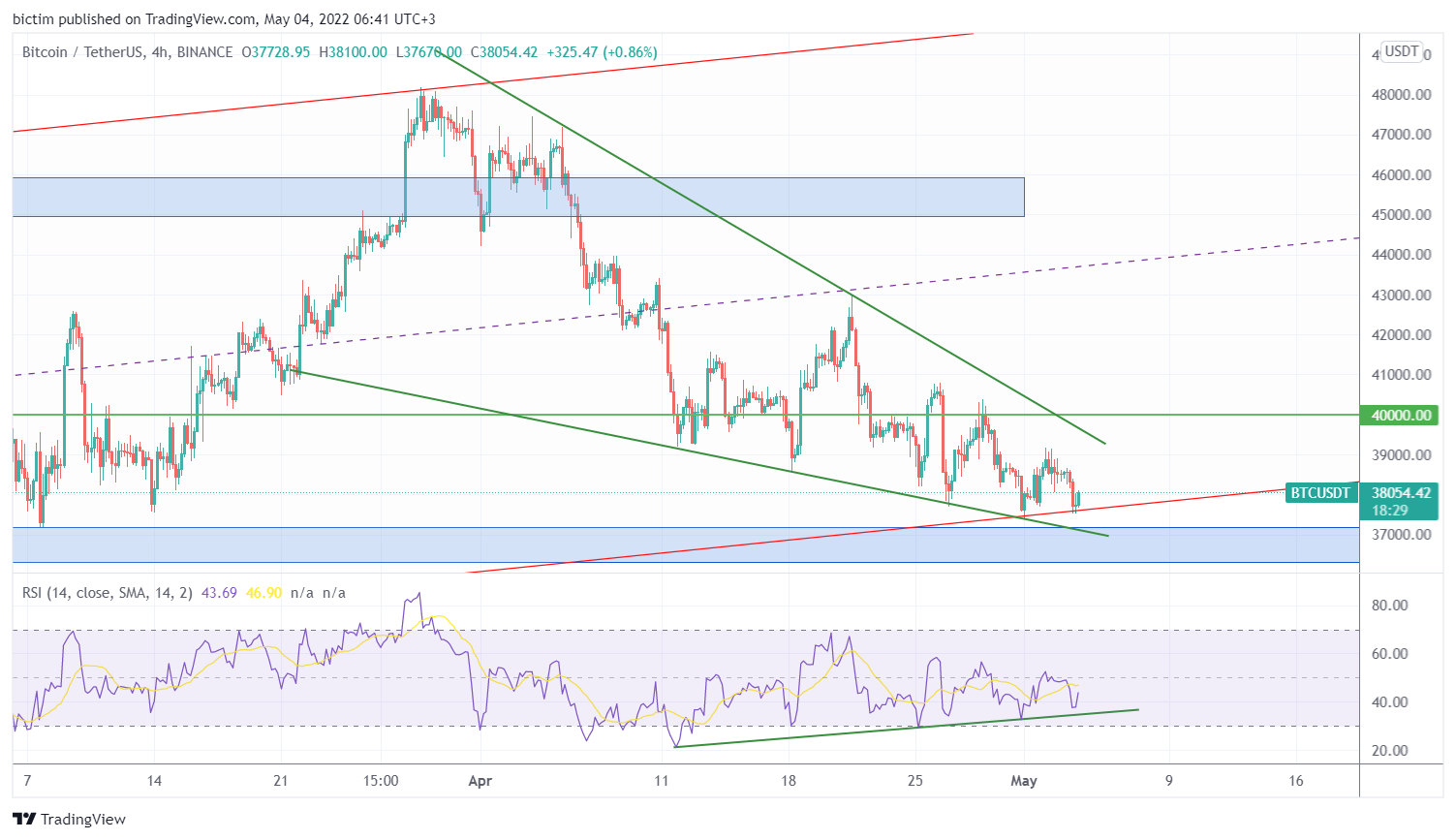 The chart shows that the volatility of Bitcoin has decreased significantly in recent weeks. Buyers and sellers seize the initiative alternately in the $38,000 – $40,000 zone. Neither party is willing to force things but takes a wait-and-see position. This results in the market calming down.

Over the last 1.5 months, the chart has formed a rather large bullish wedge. The price has been moving within it for a long time and has not surpassed the boundaries. Meanwhile, you should also pay attention to the fact that sellers have tried to push the price down 5 times in the last 4 weeks and thus break the lower border of the wedge. But they did not succeed which is a bullish signal for Bitcoin.

Moreover, these attempts caused the RSI to form the convergence which is clearly seen on the 4-hour chart. Starting from April 11, local lows on this indicator are getting higher. At the same time, Bitcoin is falling lower and lower. Such a significant discrepancy can affect the growth of the asset in a positive way.

It should also be noted that these patterns were formed within an ascending channel which is a more global formation. In the last 3 days, Bitcoin has tested the lower border of the channel twice, however, buyers did not let the price drop below it. Each time, they managed to return the price above $38,000 confidently.

These factors attracted our attention in the first place. The $37,600 level is key for Bitcoin. If the price consolidates below it on the daily chart, Bitcoin has all chances to face another large-scale drop by 20%. At the same time, a lot of bullish patterns have appeared on the chart, which increases the probability of growth in the next few weeks. So, we believe that soon we will see the culmination, which we have been waiting for the last month. We assume that already this week it will become clear in which direction Bitcoin will keep moving in the medium term.