Over the past 24 hours, the Bitcoin price has dropped 3% to $42,500. At the same time, the trading volume remained almost unchanged and amounted to $42 billion per day. Alcoins followed suit, experiencing a slight decline as well. At the same time, it should be noted that the altcoin market feels more confident this week. During this time, the Bitcoin market dominance fell from 41% to 39.5%.

Let’s take a look at the Bitcoin chart and try to figure out what to expect from it in the next few days: 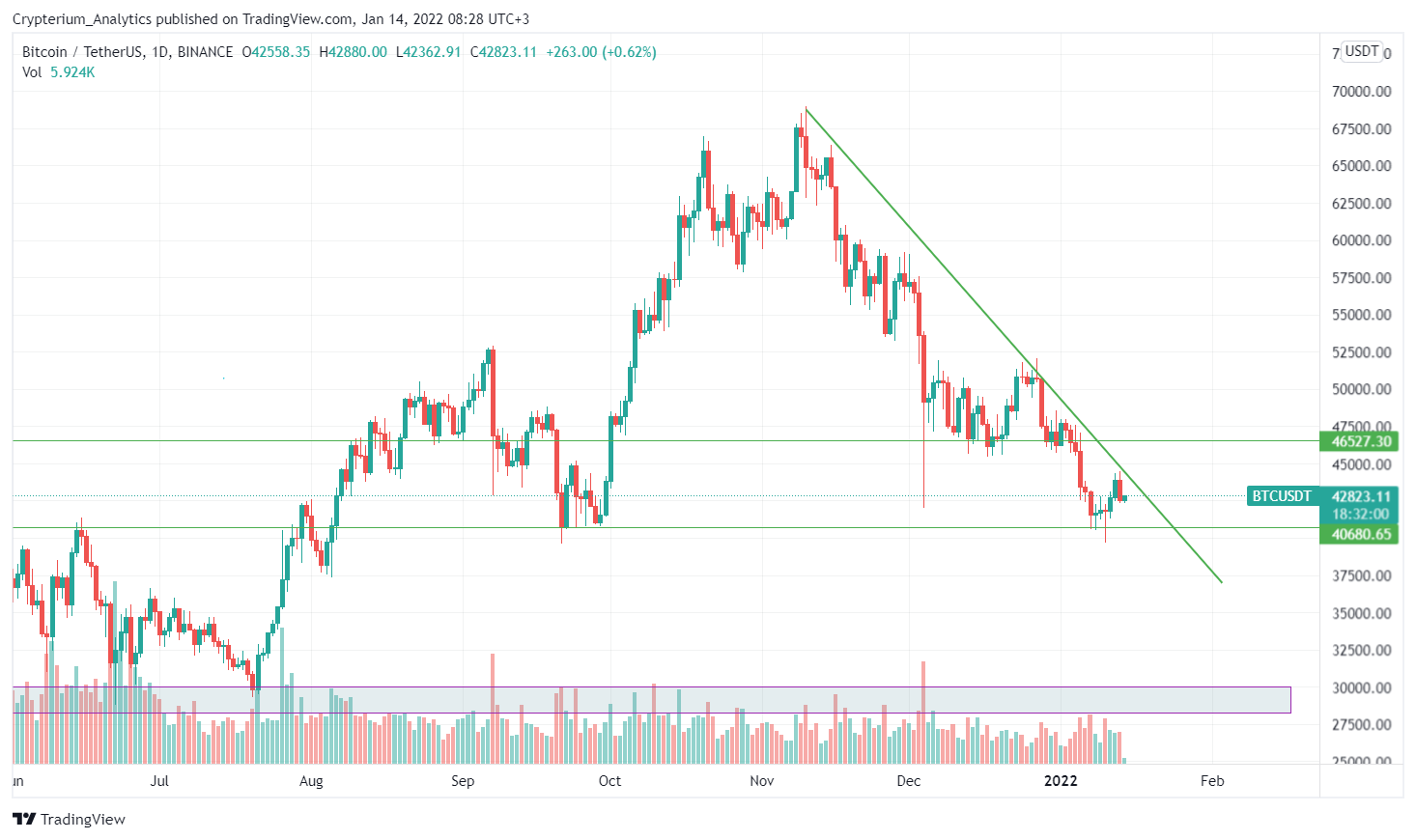 The chart has barely changed compared to the beginning of the week. Yesterday, Bitcoin managed to briefly touch $44,500. However, it went down rather quickly as buyers continued to show weakness and failed to seize the initiative. This also confirms that we have been in a bear market for the last 2 months.

Meanwhile, the BTC chart almost reached the descending trend line that was formed after the asset had broken $69,000. But the sellers pushed the price back down instantly which caused a bearish engulfing to appear in the daily timeframe. This is a negative signal for the entire market.

In addition, some interesting events may be seen on the 4-hour chart. There are permanent sharp spikes in trading volume when it comes for both buying and selling. Such regularity indicates an artificial price behavior. Most likely, the market maker is trying to manipulate the prices in this way and successfully earns on it.

This is a very important signal for other market participants and suggests that now the market is almost empty. Both buyers and sellers keep themselves away from trading. In the short term, this will lead to a price decrease, since a scenario like this is beneficial for market makers who collect stop losses placed under important levels.

The closest key level is $37,000 – $38,000. We believe that this is where the price may head to as a result of massive sales. This can happen if another negative news for the crypto industry comes out. In addition, this week is close to an end, so many big market players will exit positions and take profits. Therefore, it is better to follow suit and refrain from active trading in the coming days.