Over the last 24 hours, Bitcoin has grown by 11% and almost reached $40,000 again. Meanwhile, the trading volume has doubled and amounted to $38 billion. The Bitcoin market dominance has increased from 42.5% to 43.4% in a while. Altcoins also experienced a sharp rise.

Let’s take a look at the Bitcoin chart and try to understand which direction the price will take this weekend: 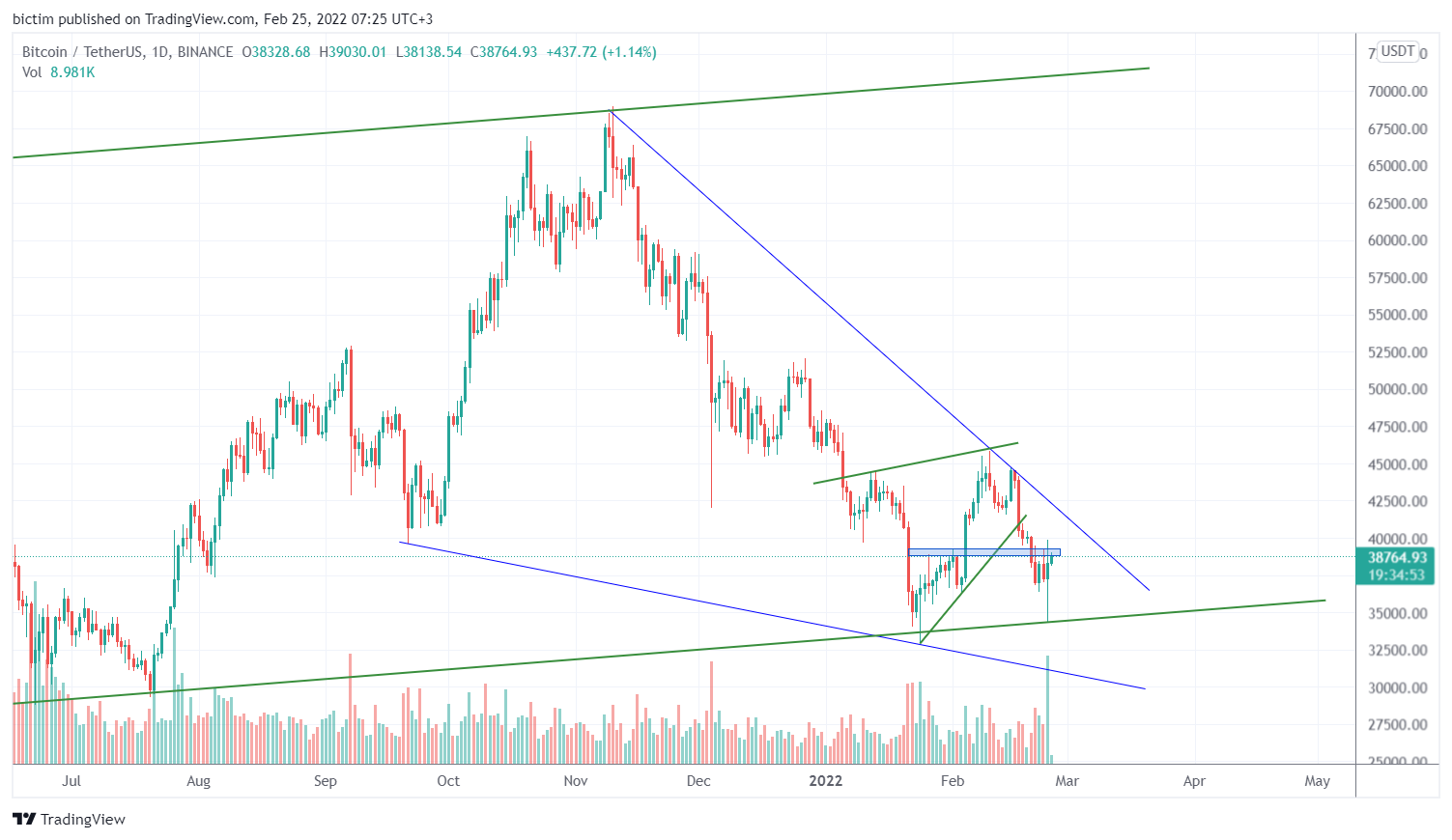 Yesterday, high volatility reigned across all the world’s markets and cryptocurrencies were no exception. First, Bitcoin fell by 8.8% and reached $34,322. A few hours later, the chart turned up quickly and, as of the present moment, it has risen by 13%. Bitcoin was only $150 short from hitting the $40,000 level again.

As a result of yesterday’s fall, Bitcoin reached the lower limit of the global rising channel. After that, buyers stepped in and pushed the price back up. Thus, a doji candle with a long shadow at the bottom appeared on the daily chart. This usually indicates an imminent reversal.

The price reached the $38,700 – $39,200 area and stopped here. Earlier, we determined this zone as a local resistance level. Bitcoin has already approached it three times, but buyers have not managed to break it yet. However, things might be different this time.

It is necessary to take into account the trading volume, which rose sharply yesterday. The last time we saw such big purchases was at the end of July 2021, right after the price reversed from $30,000 before growing further to $69,000. The volumes like these indicate that many new participants have entered the market. This is exactly what we have been waiting for the last 2.5 months.

In addition, the second bottom is forming on the chart. That is why now is the best time to make purchases from a risk/reward point of view. The Bitcoin price has every chance to go higher, given the tense geopolitical situation in the world. Many people will move into defensive assets, including Bitcoin. Against this background, we expect to see another round of growth to at least $43,000.