Over the past 24 hours, the Bitcoin price has increased by another 3% and surpassed $44,000. Trading volume soared 25% to $27 billion yesterday. The altcoin market followed Bitcoin and slightly grew as well. However, the Bitcoin market dominance still stands at 42%, attracting the main attention to the first cryptocurrency.

Let’s take a look at the Bitcoin chart and try to understand where the price will move to in the coming days: 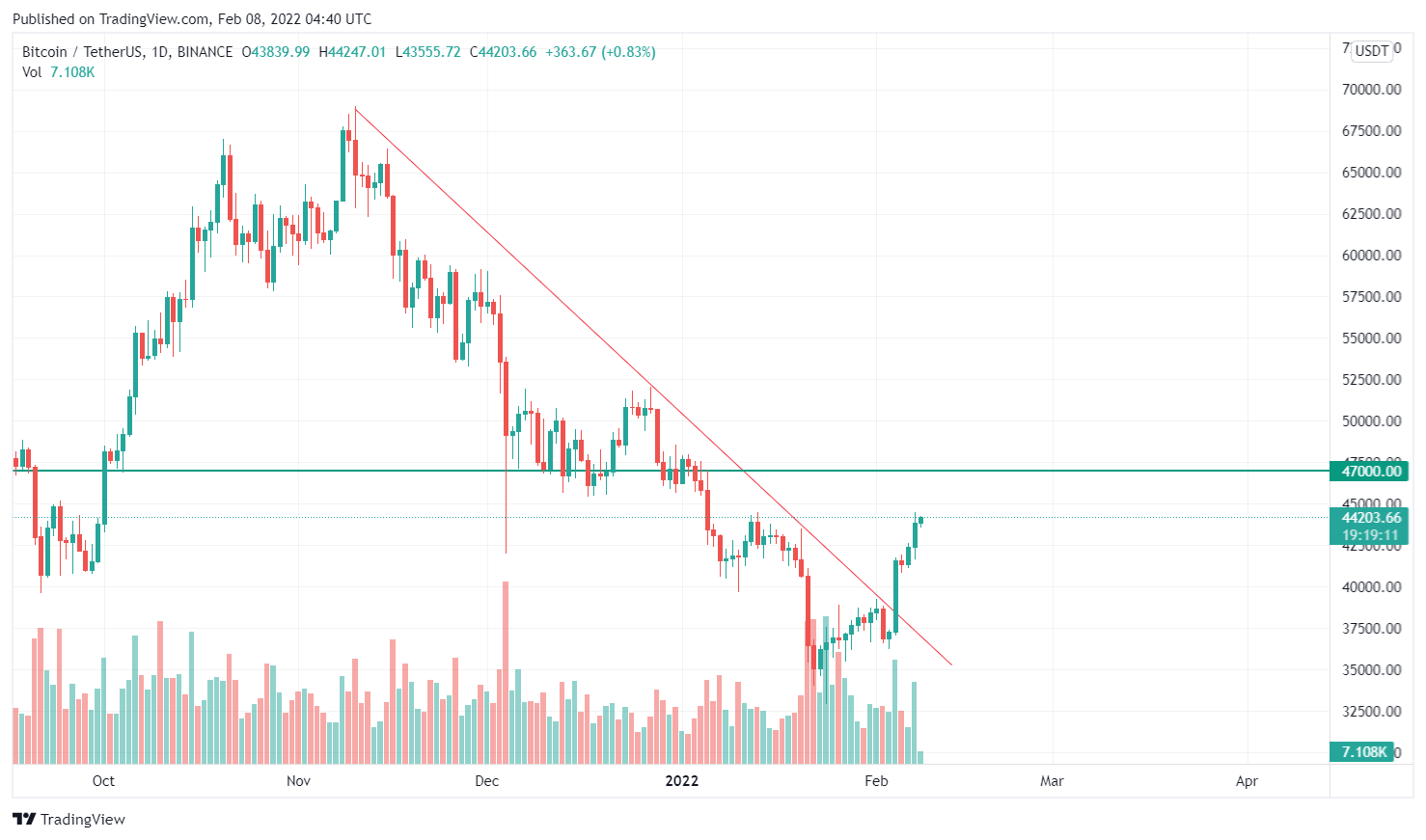 Over the last 5 days, Bitcoin has already grown by 22%. Due to this, the chart broke two descending trend lines immediately and fixed above them. Meanwhile, sellers offered little significant resistance. During all liquidations, short traders lost about $500 million, which is troubling as it hardly indicates psychologically important levels.

The 4-hour chart doesn’t look clear as well. After reaching $41,000, the price seems to have stagnated. For two days, Bitcoin has been staying in the $41,000 – $42,000 area. We assume that someone deliberately keeps the price at the same level. In addition, after a sharp 12% increase in one day, such calmness suggests that the market participants either keep staying away or do not believe in Bitcoin’s growth.

Nevertheless, we can now say that the upside potential has increased slightly on the daily chart and the $45,000 level will be key for Bitcoin. If buyers succeed in breaking it, then the price may rise quickly by another 5-6% and reach $47,000-$48,000, which is a strong resistance level. However, it will be almost impossible to break this zone at the first attempt.

It should also be noted that the level of fear on the market has decreased significantly in recent days. This means that many market participants are currently watching the chart and planning their purchases. If the upward trend continues, we may soon see an increase in the market activity and volatility. So far, the majority is still waiting for a denouement and trying to figure out the direction the price may take further.