Over the last 24 hours, Bitcoin has grown by another 4.5% and reached $38,500. Trading volume also rose slightly to $20 billion after the weekend. Altcoins followed the first cryptocurrency and started to slowly move up. Against this background, the Bitcoin dominance decreased a little bit to 42%, and thus, this indicator has been gradually declining since January 28.

Let’s take a closer look at the Bitcoin chart and try to figure out what to expect from the first cryptocurrency in the coming days: 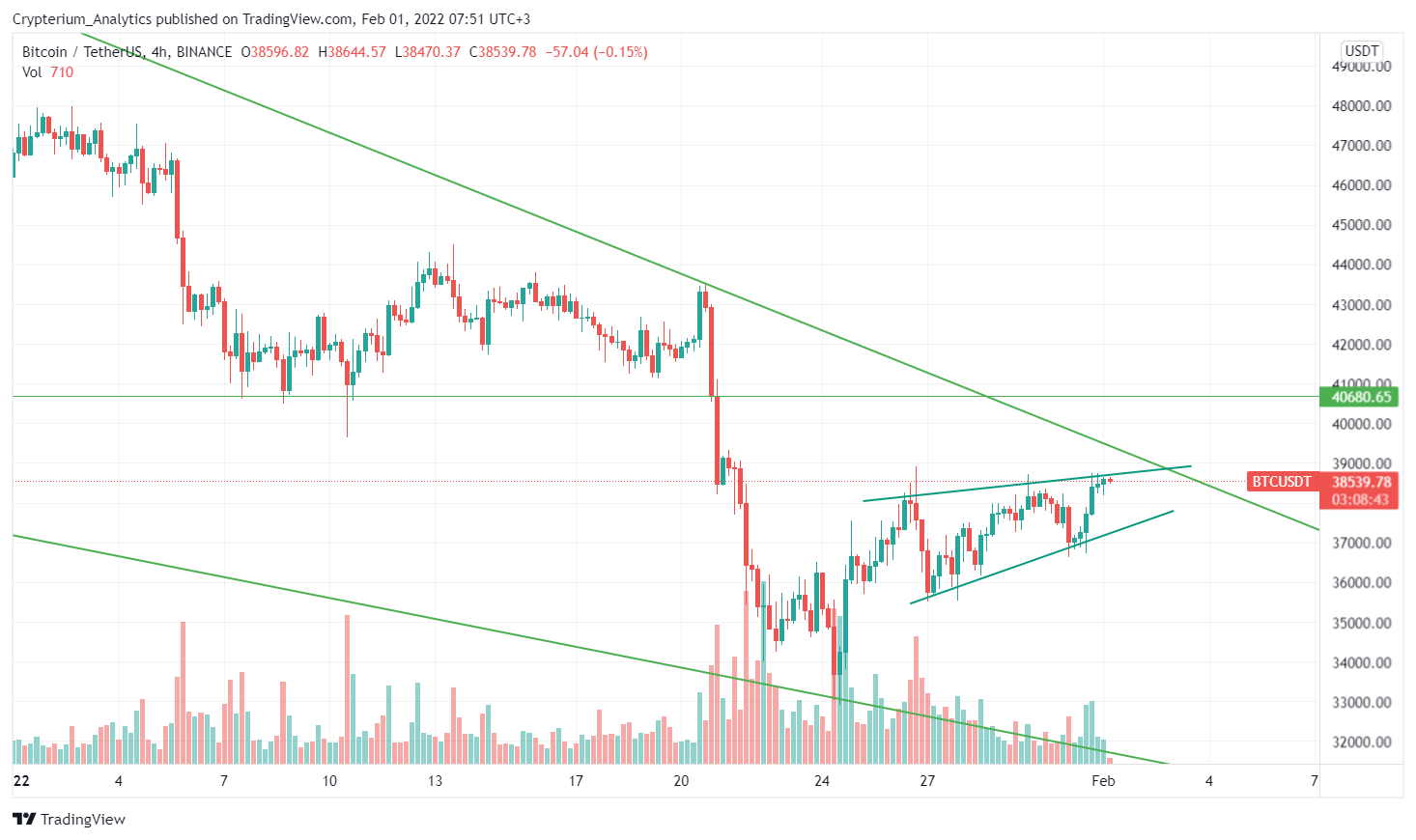 Yesterday, buyers were constantly trying to push the price up. As a result, Bitcoin jumped from $36,800 to $38,500 and then stagnated in the $38,200 – $38,700 area. Last week, a local resistance level formed here and buyers could not overcome it already twice.

Now, the price is approaching the global downtrend line, which runs in the $39,000 – $39,500 zone, which is a key level not only for Bitcoin, but for the entire market. If the bulls succeed in pushing the price up and gaining a foothold above this mark, there will be a great opportunity for further growth.

However, we expect sellers to step up here as the $39,000 – $39,500 area is also optimal for opening short positions. So, we can see a serious struggle and, most likely, sellers will retain this level because the ongoing rise of Bitcoin is not accompanied by any increase in trading volume. On the contrary, every day it becomes lower and lower, which once again proves that buyers keep staying away from the market now.

In addition, a local rising wedge appeared on the 4-hour chart. According to this pattern, the price is supposed to turn downward soon. After Bitcoin breaks the lower border of the figure at the level of $37,500, it may crash to $34,000 and even lower.

The current market situation still looks bad. There are only a few active buyers and most of them are waiting for the right moment for entering purchases. The level of fear has been critically low for more than a month. In such conditions, it would be fruitless to talk about the growth of Bitcoin, and the optimal strategy now is either to wait or go short when the price touches important resistance levels.