Crypto Daily: Bitcoin’s Getting Ready to Jump Up Over the past day, the BTC price decreased by 4.5% and dropped below $30,000. This time there wasn’t a cascade of liquidations, so the trading volume totaled to $30 billion a day. Reflecting Bitcoin’s changes, the rest of the market is also suffering a decrease of about 5%. This is indicated by the BTC dominance, which had reached 44.5% in recent days.

Let’s take a look at the chart of the 1st cryptocurrency and try to figure out how its price’s going to change: 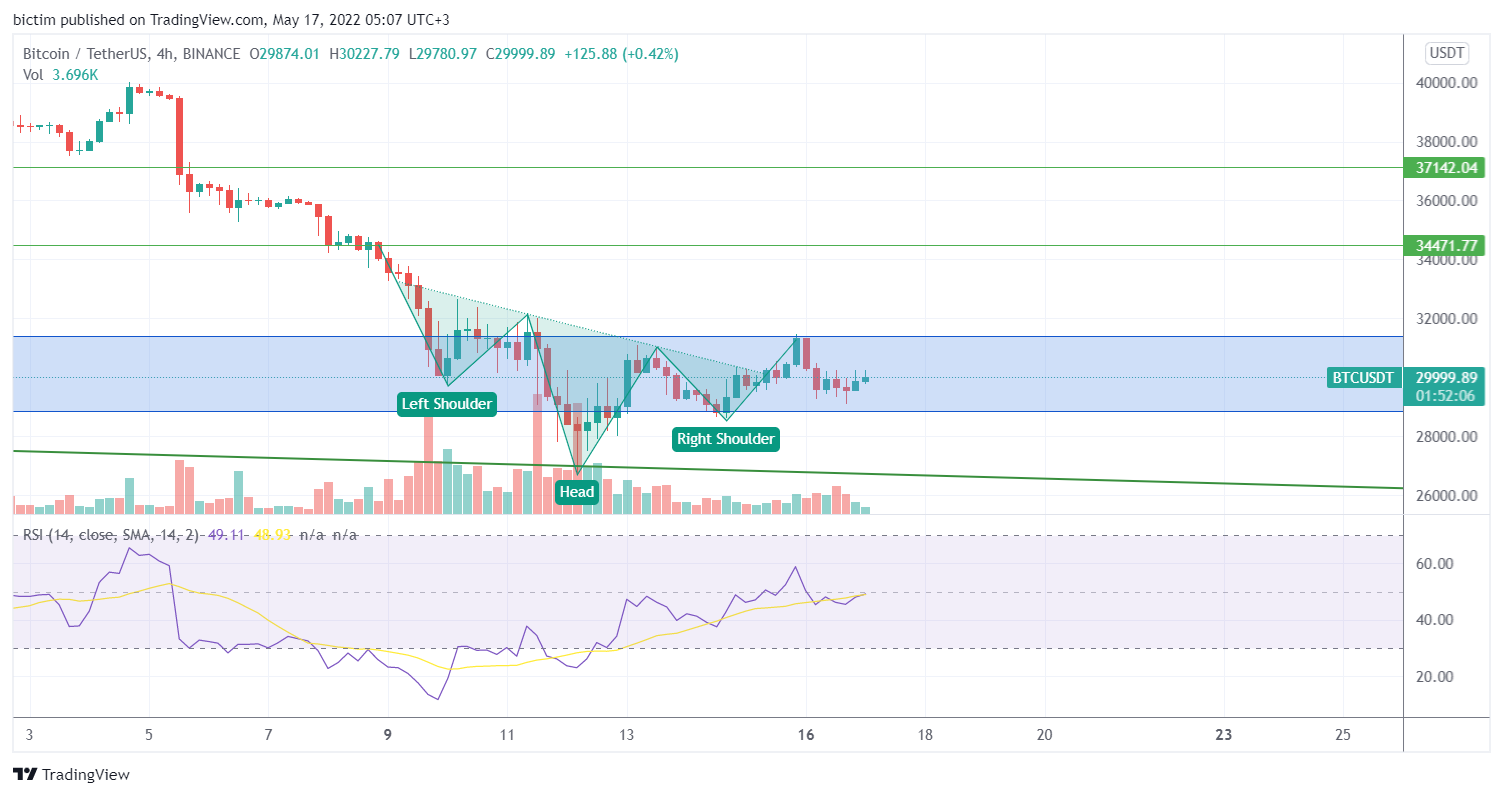 Bitcoin vacillated between $28,800 and $31,400 in the past 4 days. Previously this range was taken for the global support on the chart. Then the price turned into a sideways movement after the collapse occurred last week. So an “inverted head and shoulders” pattern appeared, as a result of the fall and a signal of a reversal. Now the chart’s changes can be interpreted in a different way. For example, it’s obvious that a “double bottom” has formed over the past few days, which is also a reversal pattern. That’s why the BTC strengthening is pretty expectable in the near future.

There is a strong bullish divergence on the RSI indicator on the 4-hour timeframe. Discrepancies are observed both between the peaks of the price and the indicator, and between the lows. It points to an upward price movement.

All these changes give hope that Bitcoin has a good potential for increasing to the level of $34,000 (and then possibly to $37,000). The middle Bollinger line points to $34,000, so the price will probably tend to it.

This week, the crypto market is recovering from the largest collapse, which is why there is no decrease in volatility or sharp movements. However, a lot of liquidity was amassed below the $30,000 level. Most likely,  the fall will stop and we’ll see an increase of the BTC price by 10-15% next week.