All eyes are focused only on Bitcoin now and its dominance continues to grow.

Let’s take a look at the chart of the first cryptocurrency and try to figure out what to expect from it: 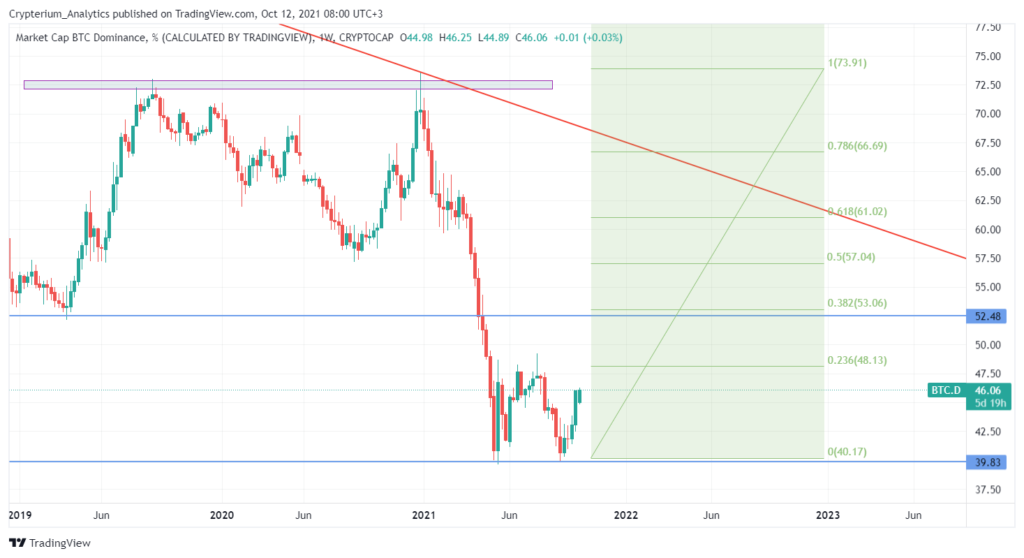 Yesterday there was fairly high volatility on the Bitcoin chart. The price first dropped to $54,300 and then rose by 6% during the day and set a local high at $57,800. However, this was not accompanied by a significant increase in volume, which still suggests that the majority of market participants have taken a wait-and-see attitude.

As a result of this movement, a bearish divergence was formed on the RSI and MACD indicators. This may indicate a possible drop in the near future. Moreover, Stochastic is in the overbought zone, which strengthens the previous signal.

Now let’s take a look at the Bitcoin dominance chart: 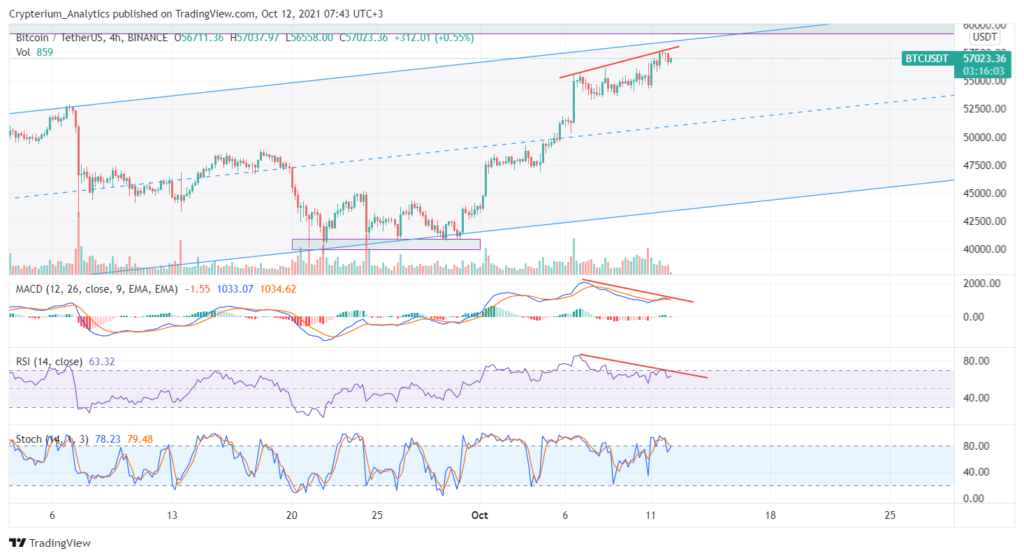 Over the past month, the dominance of the first cryptocurrency has grown from 40% to 46%. The growth is primarily due to Bitcoin, as altcoins have been stagnant over the past week.

As a result, the “double bottom” pattern continues to form on the chart. If this figure is fully formed, then dominance can increase by another 2% and reach 48%. Now there is a high probability of this event, as there is a flow of capital from altcoins to Bitcoin. If this figure fully fulfills itself, then the dominance of Bitcoin can grow in the range of 53% – 57%. This can happen within 1–2 months.

In general, the current market situation is extremely uncertain. There are signs of growth and decline. The price approached the last key milestone of about $60,000. Most likely, many market participants will closely watch how the price will behave around this level. If we see a breakdown of the level, then the volatility will increase and Bitcoin can set a new ATH. At the same time, in the event of a fall, nothing terrible will happen, since Bitcoin will still be in a strong uptrend.