Over the last 24 hours, the Bitcoin price has increased by 1.5% and settled near the $36,000 mark. At the same time, trading volume rose sharply by 60% to $41 billion yesterday. But the situation on the altcoin market is exactly the opposite. All other cryptocurrencies continued to decline and many of them fell by 10% or even more. Against this background, the Bitcoin dominance has grown dramatically and amounted to 42.5%.

Let’s take a look at the BTC chart and try to understand whether yesterday’s growth is a turning point for the first cryptocurrency or just a bull trap: 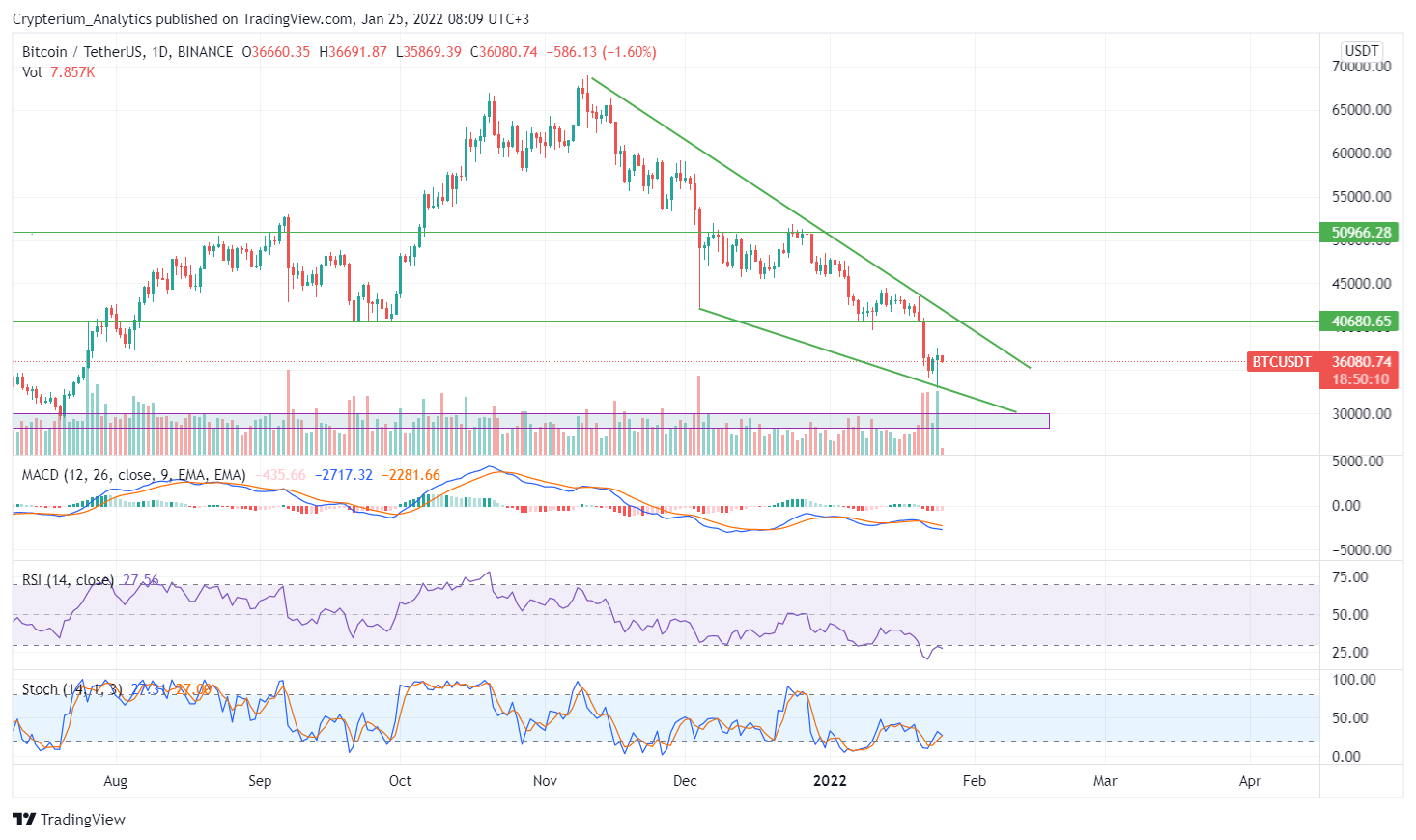 Before slightly increasing yesterday, Bitcoin experienced a significant drop to $32,917 according to the Binance exchange. Within 4 hours, Bitcoin plunged to $33,000 – $33,500, however, the price went up at the opening of the American trading session. As a result, the chart jumped by 13%. It should also be noted that yesterday’s price minimum is the lowest value of Bitcoin in the previous 6 months. The last time we saw such prices was at the end of July 2021.

It is important to note that the trading volume has increased significantly in the last few days. Most likely, this is due to liquidation of margin positions and futures with a total amount of almost half a billion dollars. Moreover, both long and short positions were liquidated in approximately equal shares.

As a result of yesterday’s decline, the prospective falling wedge pattern appeared on the chart. So far, this reversal figure is only in the formative stage. In the next 10-14 days, it will finally become clear whether this pattern is real. Also, many indicators declined to the oversold zone on both daily and weekly charts, which may indicate an imminent price reversal as well.

However, at the moment, Bitcoin is more likely to fall further. We expect to see the final price drop to $30,000 – $31,000 with a subsequent quick rebound meaning slight correction. Therefore, if you are going to open positions, then these levels will be optimal