Yesterday, the price of Bitcoin did not change and continued to stay near the $20,500 mark. Moreover, trading volumes decreased by 20% and amounted to $29 billion. At the same time, the rest of the market showed an upward movement. Many altcoins have risen in price by 20% and even 30%. This largely influenced the mood of market participants.

These sentiments can also go to the bitcoin market, which is the flagship of the entire crypto market. Let’s take a look at its chart and try to figure out if he will repeat the movements of altcoins or not: 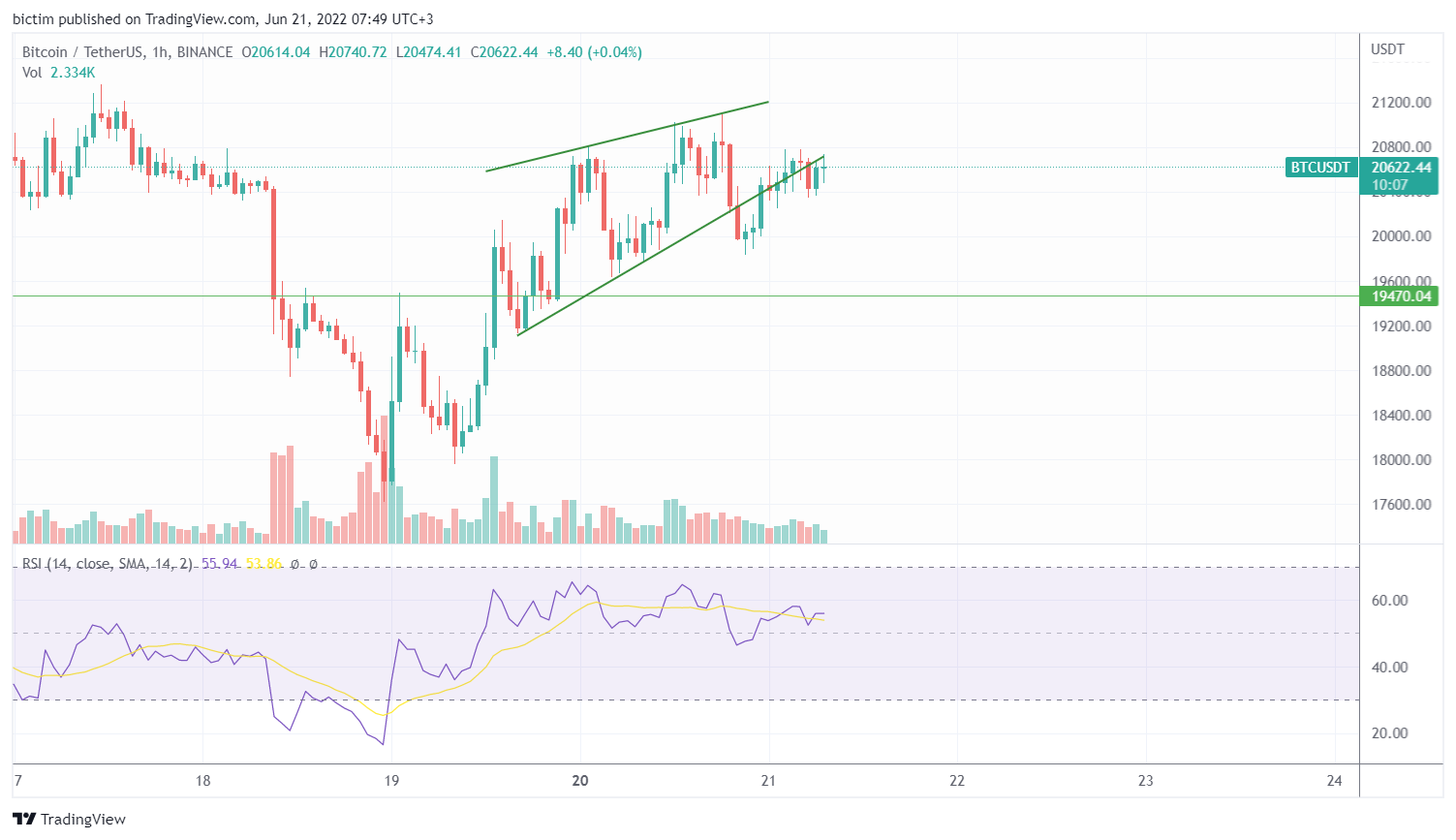 Yesterday, the price of Bitcoin was moving in a narrow range of $19,600 – $21,000. Neither buyers nor sellers could get a clear advantage. As a result, the price came to equilibrium and did not change significantly.

At the same time, $21,000 is the main resistance level at the moment. Buyers tried several times to overcome it, but sellers immediately turned on and pushed the price back down. This suggests that the buyers are not yet strong enough to make a real reversal for Bitcoin.

During these movements, a “rising wedge” pattern formed on the chart on the hourly timeframe. This formation is a reversal and appears at the top of a trend move. Yesterday, the price had already dropped below the lower boundary of the wedge and tested it from the bottom up. This means that in the next two days we will be able to observe the culmination of this fractal. If this figure is worked out, the price of Bitcoin may drop to $19,200.

This movement will help unload the indicators, including the RSI on the hourly timeframe. In turn, this will open up space for a new upward movement and a consolidation above the $21,000 level. Thus, this week we expect to see a new round of struggle between buyers and sellers with Bitcoin fixing above $21,000 by the end of the week.