Crypto Daily: Bloomberg Intelligence says Bitcoin at $100,000 is a “matter of time”

Bitcoin follows what Senior Commodity Strategist for Bloomberg Intelligence, Mike McGlone, calls an “enduring trajectory”. The benchmark crypto is one of the best-performing assets in history, as the expert said in a recent report, and might be on track to record fresh gains in the second half of 2022.

At the time of writing, BTC seems to be trending upwards on the back of a decrease in inflationary expectations for July’s Consumer Price Index (CPI) print. This metric has been recording multi-decade highs forcing the U.S. Federal Reserve (Fed) to take measures by decreasing its balance sheet and hiking interest rates. Thus, creating a hostile economic environment for risk-on assets, such as Bitcoin and equities.

The cryptocurrency might benefit from deflationary forces, McGlone believes. Bloomberg’s Commodities Index, and the price of key commodities, such as Oil and Copper, are hinting at this trend. In that sense, the experts expect assets with fixed supplies to rally. This could set Gold and Bitcoin to hit $2,000 and $100,000, respectively, in the long term.

Bitcoin long-term holders have shed 222,000 coins off their stack since May

Data released by Glassnode suggests Bitcoin long-term holder behavior has shifted from accumulation to distribution recently. As per a new report fromGlassnode, the BTC long-term holders have been spending up to 47,000 BTC per month in recent days.

The “long-term holders” (LTH) refer to Bitcoin investors that have been holding onto their coins since at least 155 days ago, without selling or moving them. The “LTH net position change” is an indicator that measures the net number of coins that these HODLers have been selling or buying recently.

It remains to be seen what consequences the new shift towards distribution may have for the crypto. The current bullish momentum may not last too long if the selling trend from LTHs continues.

However, the price remained stable above the $23,600 level. There is also a key bullish trend line forming with support near $23,500 on the hourly chart of the BTC/USD pair. 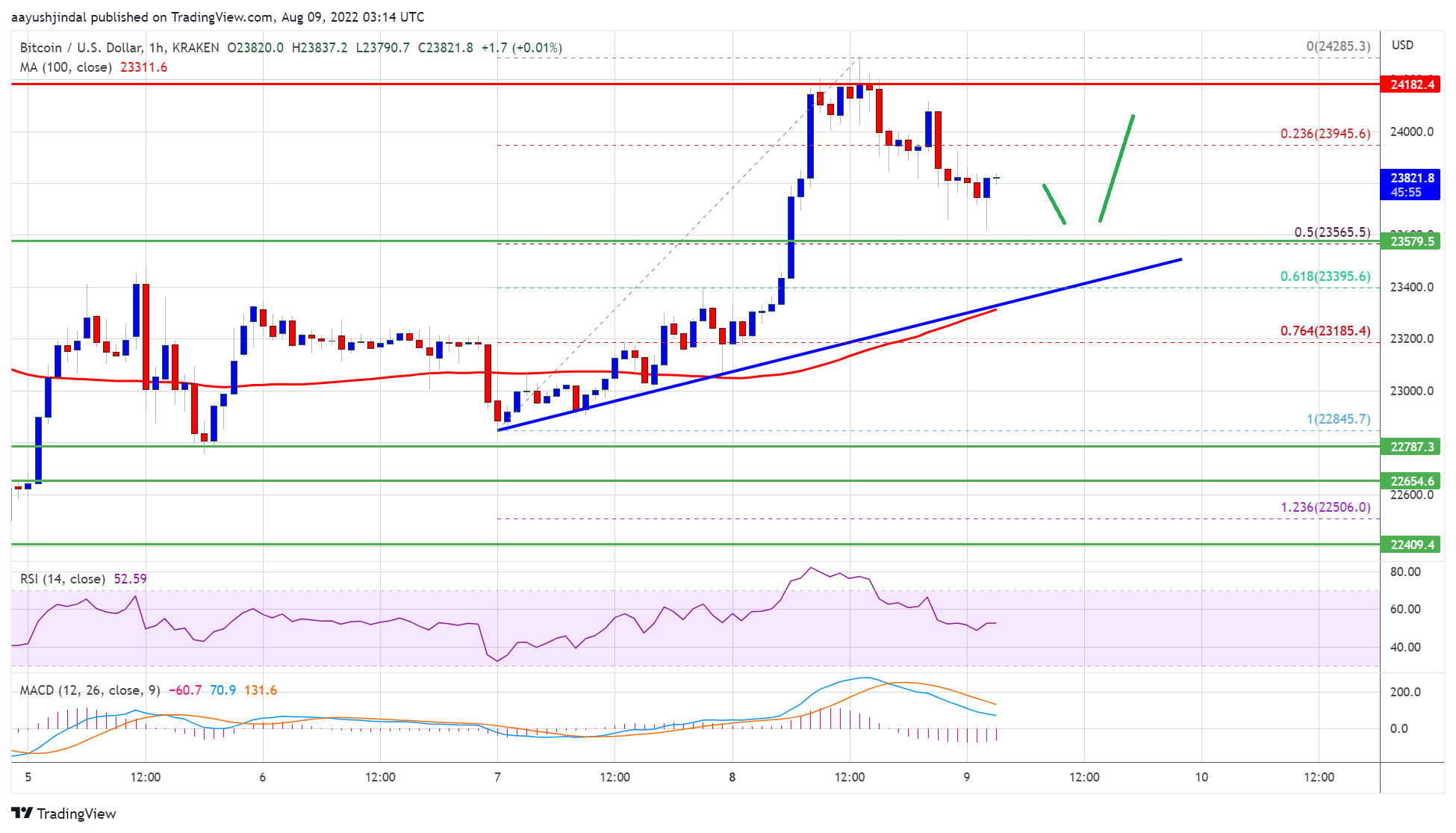