The rest of the market moved in different directions, but the dominance of Bitcoin continues to decline and is 46.4% at the moment.

Since the end of April, Bitcoin has been making attempts to grow and so far it has succeeded. He has already recouped more than half of his last major fall. Let’s take a look at the chart to see if the growth will continue in the near future: 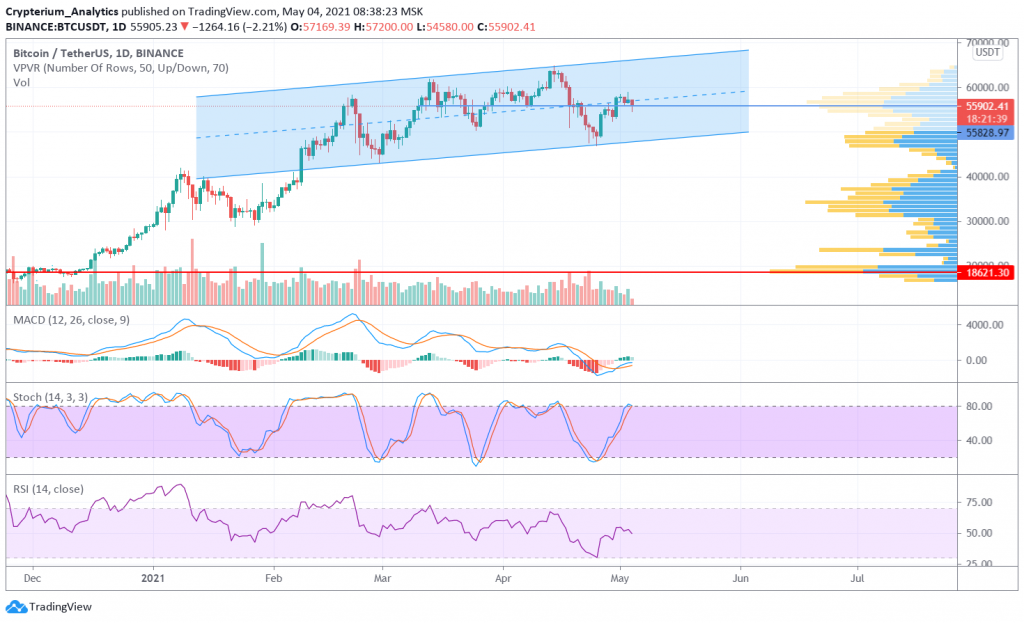 The Bitcoin chart has been moving in an upward channel for the past three months. The price definitely came to the lower border on April 25th and after that, it started to reverse again. At the moment, the chart is hovering near the middle line and is trying to gain a foothold above it.

Looking at the sideways volumes, we can conclude that the $56,000 level is the biggest resistance. Depending on how the chart behaves at this level, it is possible to draw a conclusion about the further movement of Bitcoin.

If the price consolidates above $56,000, then the chart may rise to a range of $62,000 – $64,000 within a couple of days. Taking into account the totality of all factors, we assume this outcome of events is the most probable at the moment.

If you still don’t have bitcoins in your investment portfolio, you can make your first purchase using a bank card in the Crypterium Wallet with zero fees.