Bitcoin has grown by 10% and is now in the range of $37,000 – $38,000. Trading volume per day is $66 billion for the first cryptocurrency. Altcoins showed even more significant growth than Bitcoin. As a result, the dominance of Bitcoin in the market began to fall again.

Let’s try to figure out where Bitcoin will go in the near future. To do this, you need to look at his chart: 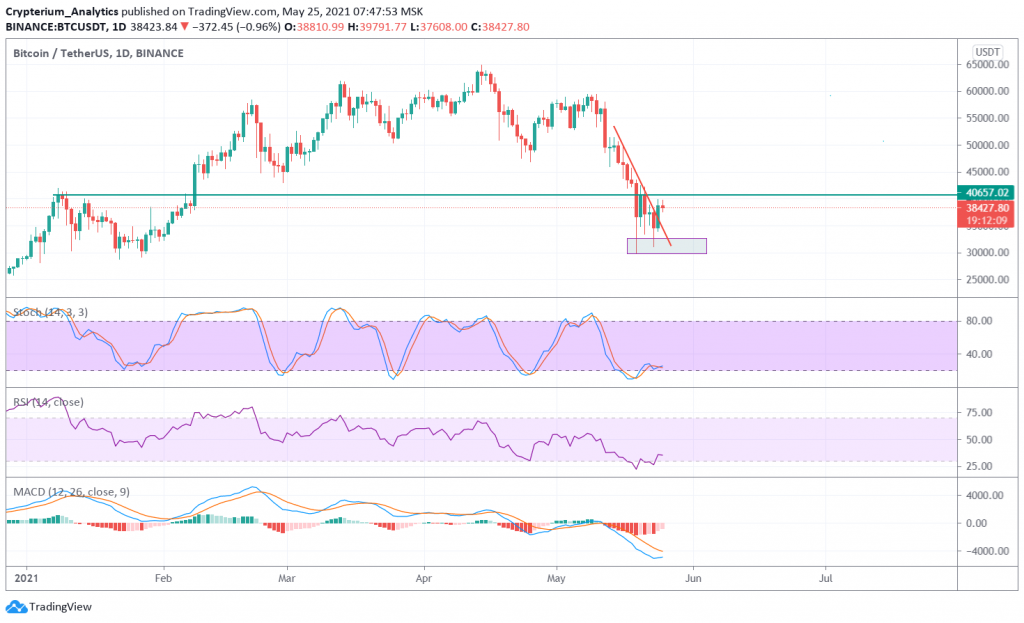 Since May 10th, the Bitcoin chart went into a downtrend and dropped to $30,000. Yesterday we saw a strong bounce again to almost $40,000. As a result, a bullish engulfing candlestick pattern was formed on the daily chart, which is a signal for growth in classical technical analysis.

Now you can see that the price of Bitcoin moves in a wide range of $34,000 – $40,000. This is due to the fact that there have been many liquidations in the market in recent days that have reduced market density. But it also allowed us to determine the nearest strong support level at around $30,000. However, yesterday the price broke through the downtrend from the bottom up and today it will try to gain a foothold above it.

Now let’s take a look at the same chart on a 4-hour timeframe: 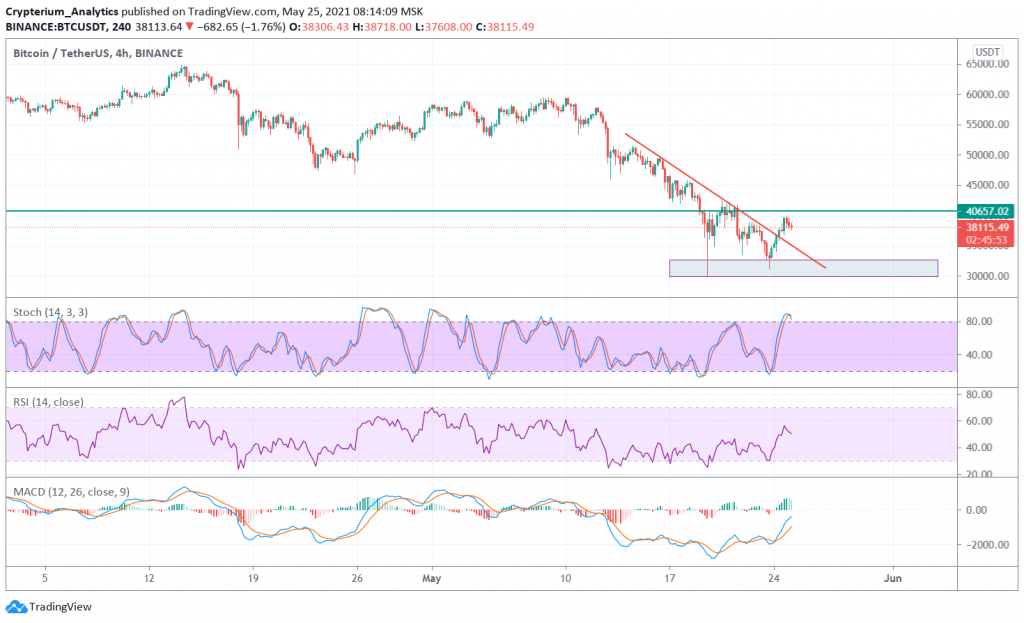 It can be clearly seen here that Bitcoin has risen 30% from its bottom with virtually no stops. This is a pretty strong move. At $40,000, Bitcoin hit resistance and rolled back down.

A similar picture is observed on indicators. Stochastic has broken the upper line when the first cryptocurrency reaches $40,000 and remains there. RSI rose to the middle line and slowed down, as is often the case on this oscillator. MACD has almost completely won back the strongest fall and is returning to the equilibrium zone.

You need to understand that there is no recoilless growth, especially if the asset has grown by 30% per day. We are now expecting a slight correction in the Bitcoin price. Most likely, the chart will test the downtrend from top to bottom, which will entail systematic unloading of indicators. The level to which Bitcoin can go down is about $35,000.

Now the market is in a shaky state and it is not completely clear in which direction it can move further. It is possible that a huge reversal pattern is currently being drawn on the weekly timeframe, but it is too early to talk about it. The best option now is to either wait or take small profits with instant no-fee cash out directly to your bank card.