Over the past day, the cost of Bitcoin has not changed much and remained around the level of $31,500. The bulls made an attempt to gain a foothold above $32,000, but the bears easily stopped them. The market has calmed down significantly after a three-day rise. This is indicated by the trading volume, which has fallen to its stable value of about $30 billion per day.

At the same time, the altcoin market continues to weaken and their dominance in the market is falling. Let’s take a look at the second largest cryptocurrency, Ethereum, and see if this situation continues into the first week of the summer season: 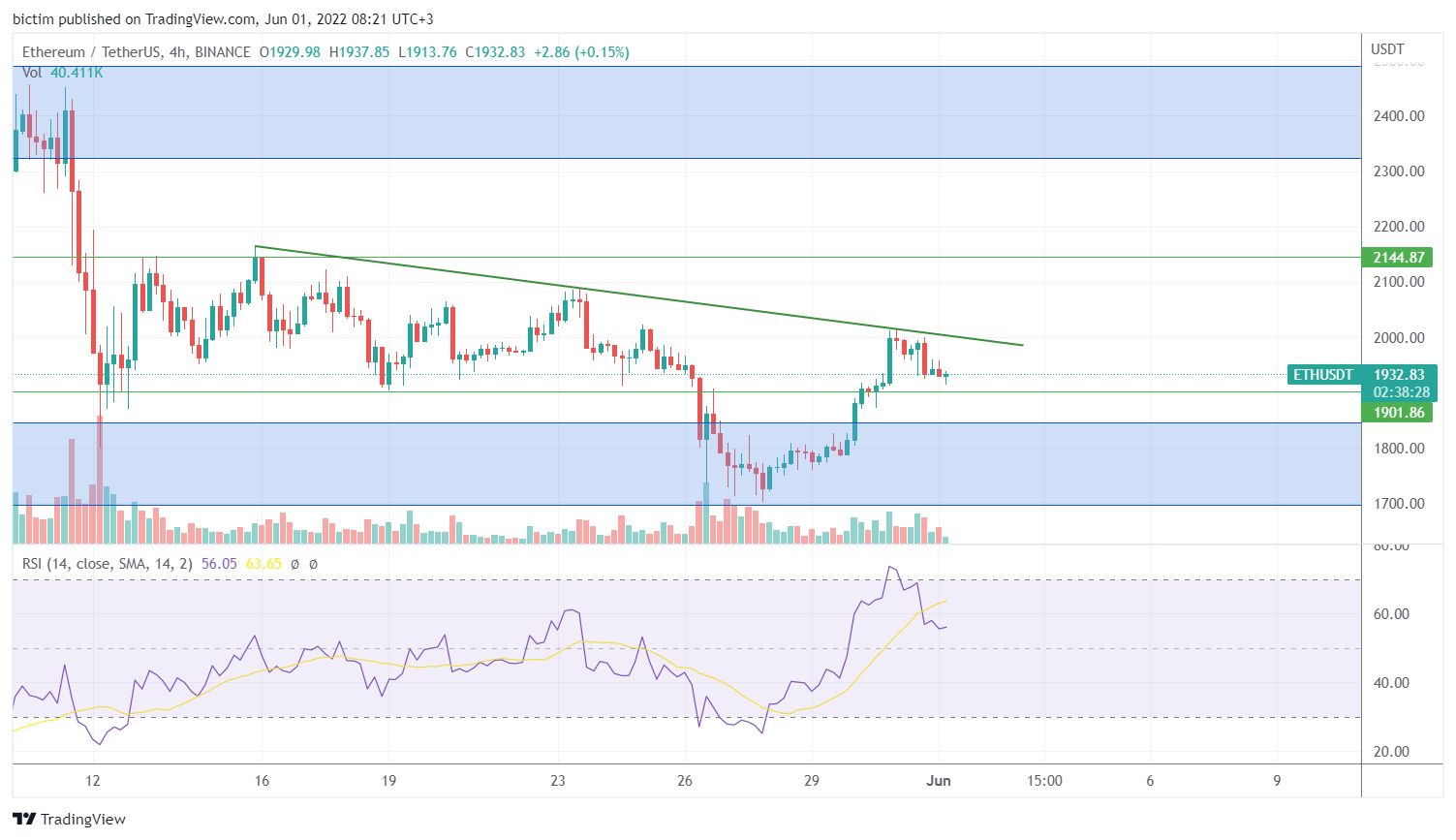 At the end of last week, the ETH chart fell out of the side channel down, breaking through the border at $1,900. After that, the price dropped to the global support level near $1,700. The bears were unable to break through it the first time, and as a result, the price bounced up. Previously, we assumed such a development of events and in the end turned out to be right.

The bulls were able to bring Ethereum back into the side channel during a low market activity. On the first trading day of the week in the American session, buyers were able to keep the price above $1,900. However, candlestick patterns indicate the exhaustion of the forces of buyers and the price is slowly sliding towards the lower border. This is a bad signal for Ethereum.

It can also be seen that the price at the peak rested against a local downtrend line. During the day, buyers tried to break it, but failed to do so during yesterday’s day. It is important to note that all the growth occurred on small volumes. Therefore, this whole formation can become a bull trap.

Most likely, in the coming days, ETH will again go down to the lower border of the side channel at around $1,900. There may be a small stop here before a new round of decline to $1,800.

Recall that yesterday the monthly candle on the chart, which is strongly bearish, closed at $1,940. Therefore, Ethereum has a high probability of decline in the first month of summer.