Yesterday, it was the worst day for cryptocurrencies in the last 3 months. Bitcoin has fallen by almost 8% and currently sits at just above $36,000. As a result of such a drastic drop, trading volume jumped sharply by 25% to $44 billion over the past day.

This led to the collapse of the entire cryptocurrency market. Many major altcoins were down by 10% or more and their charts broke significant levels, which triggered a large number of stop-loss orders to be executed. As a result, yesterday’s liquidation totaled $400 million. This is quite an impressive amount for the crypto market given its performance in the last 3 months.

The fall of Bitcoin was caused by the collapse of the whole US stock market. The correlation between the first cryptocurrency and the US ETFs is still high. Let’s take a look at the Bitcoin chart and try to guess where the price will move in the coming days: 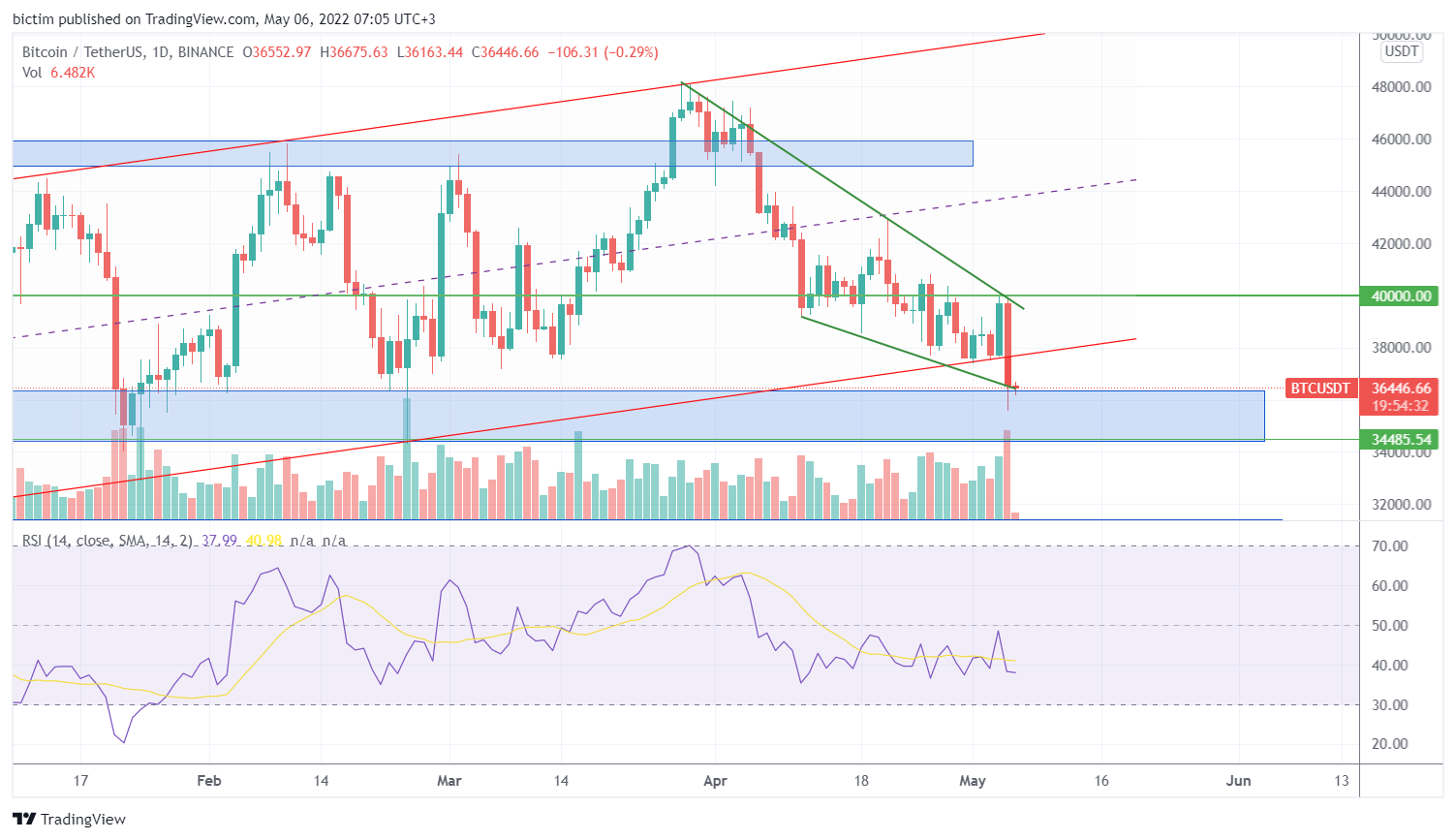 Yesterday, Bitcoin fell to the $35,571 level where buyers stepped in and pushed the chart up by 2%. However, this turned out to be one of the most important movements in recent weeks and months.

The chart dropped to an important support level of $34,400 – $36,400. We identified this area correctly as the daily candle ended up closing higher. Earlier, we pointed out the fact that this support level is a very strong obstacle for sellers and it will be quite difficult for them to break it at first.

Another important event that happened yesterday was Bitcoin hitting the lower border of the rising channel and fixing below it. This signal is very important and suggests that the asset is about to decline in the medium-term.

But on the other hand, the price keeps moving in a big bullish wedge. Despite yesterday’s significant fall, bears failed to invalidate this pattern, and it still points to the possibility of growth. This is also indicated by oversold levels on the hourly chart.

Thus, the chart patterns indicate various options as there is a high uncertainty on the market. Based on this fact, we can only be sure that the price will bounce slightly and approach $37,750 in the next few days. After that, we will need to look at what will happen to the chart further.