Over the past day, the Bitcoin price fell by 3.5% and for the first time in 4 days again dropped below $45,000. Just yesterday, we warned of a similar development of events, as descending patterns appeared on the chart of the first cryptocurrency.

The altcoin market followed Bitcoin and many of them fell more significantly. This is evidenced by the dominance of Bitcoin, which continues to grow for 3 days in a row. Because of this, the cryptocurrency market capitalization again dropped below $2 trillion.

Now let’s take a look at the Ethereum chart, which is the main engine of the altcoin market: 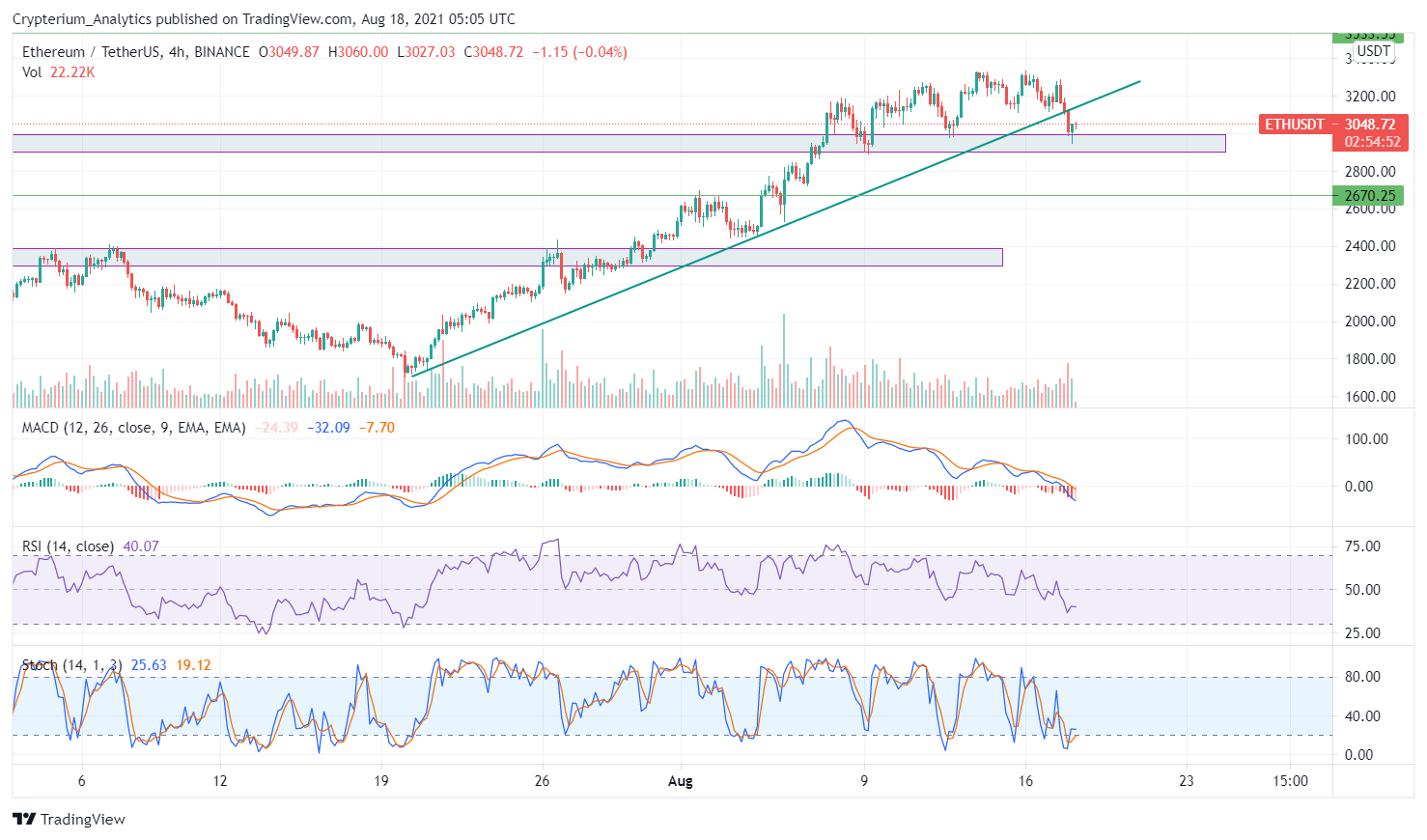 In the last 30 days, the Ethereum chart has turned into a clear uptrend, during which the price has doubled and reached $3,400. An important event happened yesterday, as the candlestick broke the uptrend above the downside for the first time and fixed below it on the 4-hour timeframe. If the same happens on the daily timeframe, then the probability of an imminent fall in the asset price is high.

Similar to the Bitcoin chart, Ethereum draws a strong bearish divergence on the indicators. Thus, MACD has been declining for the last 2 weeks, while the chart has continued to rise. This is a negative signal for the price, which has already begun to work itself out. A similar situation can be noted on the RSI, which is gradually decreasing in August.

So far, Ethereum has come to its closest support level at $3,000. This level is the key one on the chart. Depending on how the price behaves here, it will become clear in which direction the chart will continue to move.

On the daily timeframe, the indicators were in the overbought zone for a long time and started to decline just a few days ago. Most likely, this will continue until the end of the week, as over the last month Ethereum has grown with virtually no stops and corrections. Therefore, we are waiting for a correction to the $2,700 level.

This is indicated by the level of 0.38 on the Fibonacci grid. There is also a small support level near this value, which can keep the price from falling further. All this means that in the near future the chart may decrease by 10% according to our assumptions.