Bitcoin has been around the $55,000 mark for several days now. At this time, other cryptocurrencies are showing significant growth and the dominance of Bitcoin is steadily declining.

Today we will take a look at the Ethereum chart and try to figure out what to expect in the near future from the second-largest cryptocurrency by capitalization: 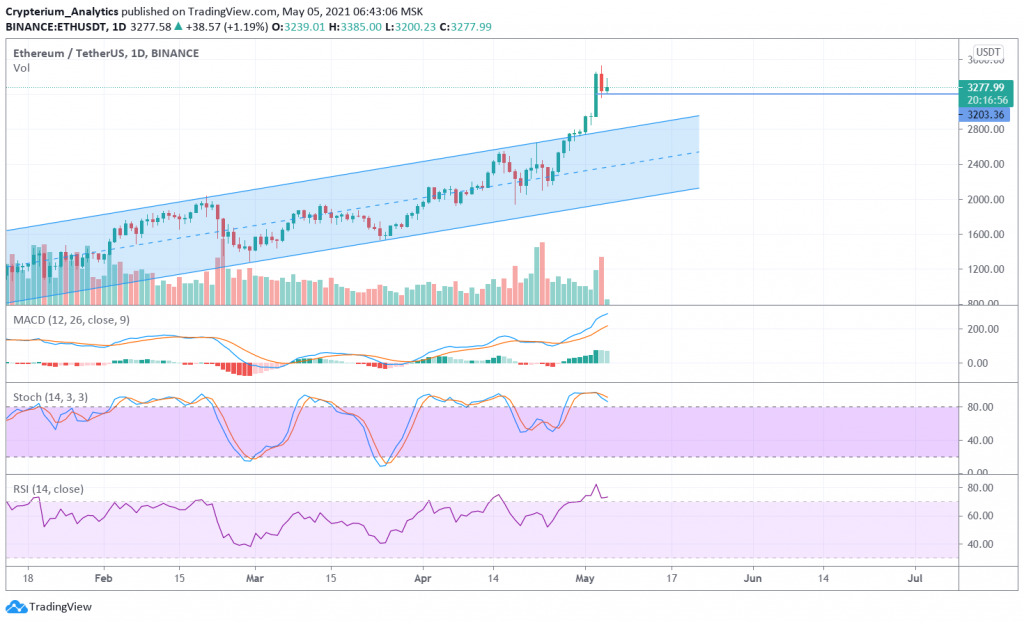 The figure clearly shows that the chart has broken through the upper boundary of the ascending channel and consolidated above it. At the same time, during the entire growth, one can see a decrease in trading volumes, which is a negative factor for the price. However, we see an increase in trading volumes by about 2 times during a sharp growth of 16% per yesterday. This completely changes the picture.

All indicators, without exception, are now in the overbought zone on the daily timeframe. Also, yesterday we saw a drop in the price of ETH by almost 6%. This indicates an imminent stop and transition to lateral movement.

Let’s take a look at the chart on the hourly timeframe: 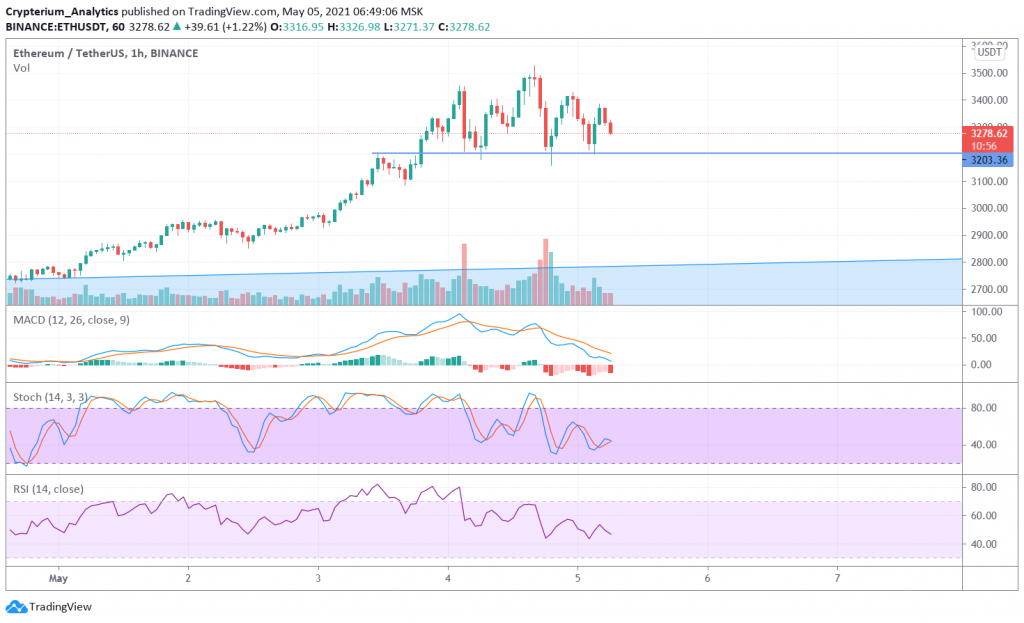 Here the picture becomes even clearer. Sellers began to put pressure on the market when the chart approached the $3,400 – $3,500 range. They pushed the price down to the $3,200 level, where buyers stepped up and pushed the price back up.

All this led to the formation of a head and shoulders pattern, which is a classic uptrend reversal pattern. That is why it is very important that the chart is held above $3,200, otherwise, a correction may begin.

At first, all indicators were also in the overbought zone and began to decline from yesterday. At the same time, the margin for further reduction is still very significant. Absolutely the same picture can be observed at the 4-hour clock, where all oscillators have just begun to turn down.

Based on all this data, we can conclude that a correction in the Ethereum price is now more likely than a new round of growth. We expect to see the price decline and the next buy point near the upper border of the channel at the $2,900 – $3,000 range. The Bollinger average line comes into the same range, to which the price often descends after strong growth.

We think that Ethereum will go down to the indicated levels and this will be an excellent entry point. Most likely, this correction will be temporary and we will see a new round of growth from the second cryptocurrency with targets around $4,500 – $5,000.