Yesterday, Bitcoin continued its three-day growth and rose by 4.8%. But the trading volume fell to last week’s values ​​again and amounted to $26 billion. At the same time, the altcoin market also turned upward. Bitcoin dominance is still at the same level of 42.5%.

The most popular altcoin, Ethereum, increased by almost 4.7% together with Bitcoin. Let’s take a look at the ETH chart and try to figure out if there are any prospects for further growth: 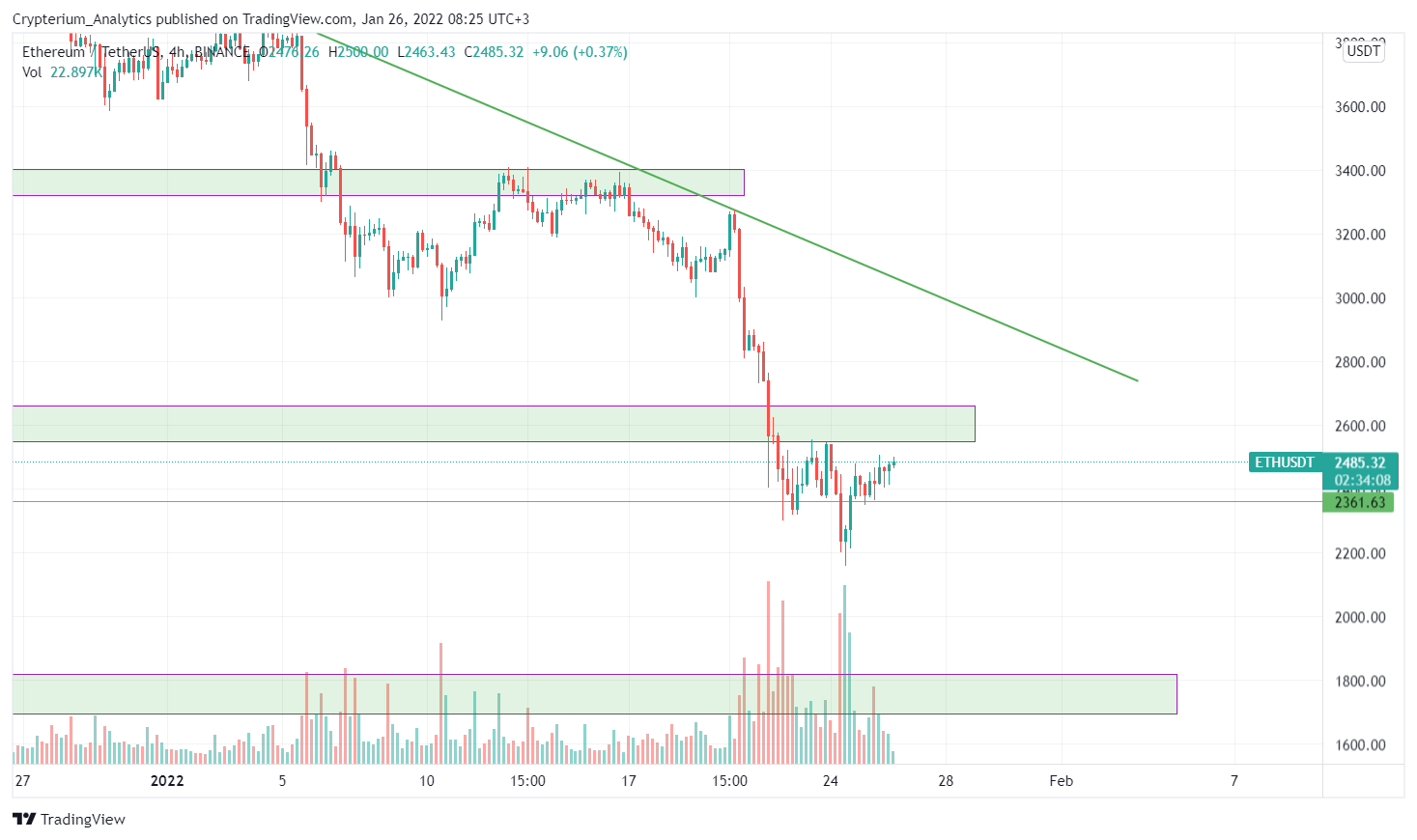 Back on January 20, the Ethereum price was $3,270. However, the ETH value has dropped 33% to $2,159 in 4 days. This is a very important signal for the second-largest cryptocurrency.

After the chart plunged to $2,200, Ethereum slowed down and the price stagnated here for almost half a day. But then a sharp rise of Bitcoin stimulated its price to soar 15% to $2,480 at once. Since then, the bulls have not made any noticeable attempts to increase the ETH value.

During this time, a new local resistance level was formed around $2,550. After the fall had occurred, the price approached this mark twice and always rebounded. Now, the chart is trying to reach this level again. However, it is clear that the forces of buyers have begun to dry up and the price is moving by inertia. Therefore, we expect to see Ethereum reversing for the third time and going down to the $2,300 – $2,350 range.

Globally, Ethereum is still in a downtrend. We may talk about an upward reversal only if the price reaches $3,000 where the descending trend line comes. In case of gaining a foothold above this level, there will be high chances for an overall reversal. However, for this to happen, ETH needs to add another 20% to its current value, which is quite difficult on today’s market. Most likely, some lateral movement will be required to trigger further growth.

Meanwhile, we should not forget that the real threat of a new fall still hangs over Bitcoin. If it collapses, the entire market will follow the first cryptocurrency and crash even more drastically. For now, this scenario is more likely to turn into reality and we expect Ethereum to reach $2,000 and then drop even lower to $1,700 by short-squeeze.