Over the past day, the cost of Bitcoin has decreased by 2.22% and approached the level of $20,000. At the same time, the trading volume remains unchanged at $21 billion. But the rest of the market fell more significantly. On average, altcoins from the Top-100 fell by 4% – 5% over the past day.

Thus, the cost of the largest altcoin, Ethereum, decreased by a little more than 4%. Let’s take a look at its chart and try to figure out what to expect from the price of ETH in the near future: 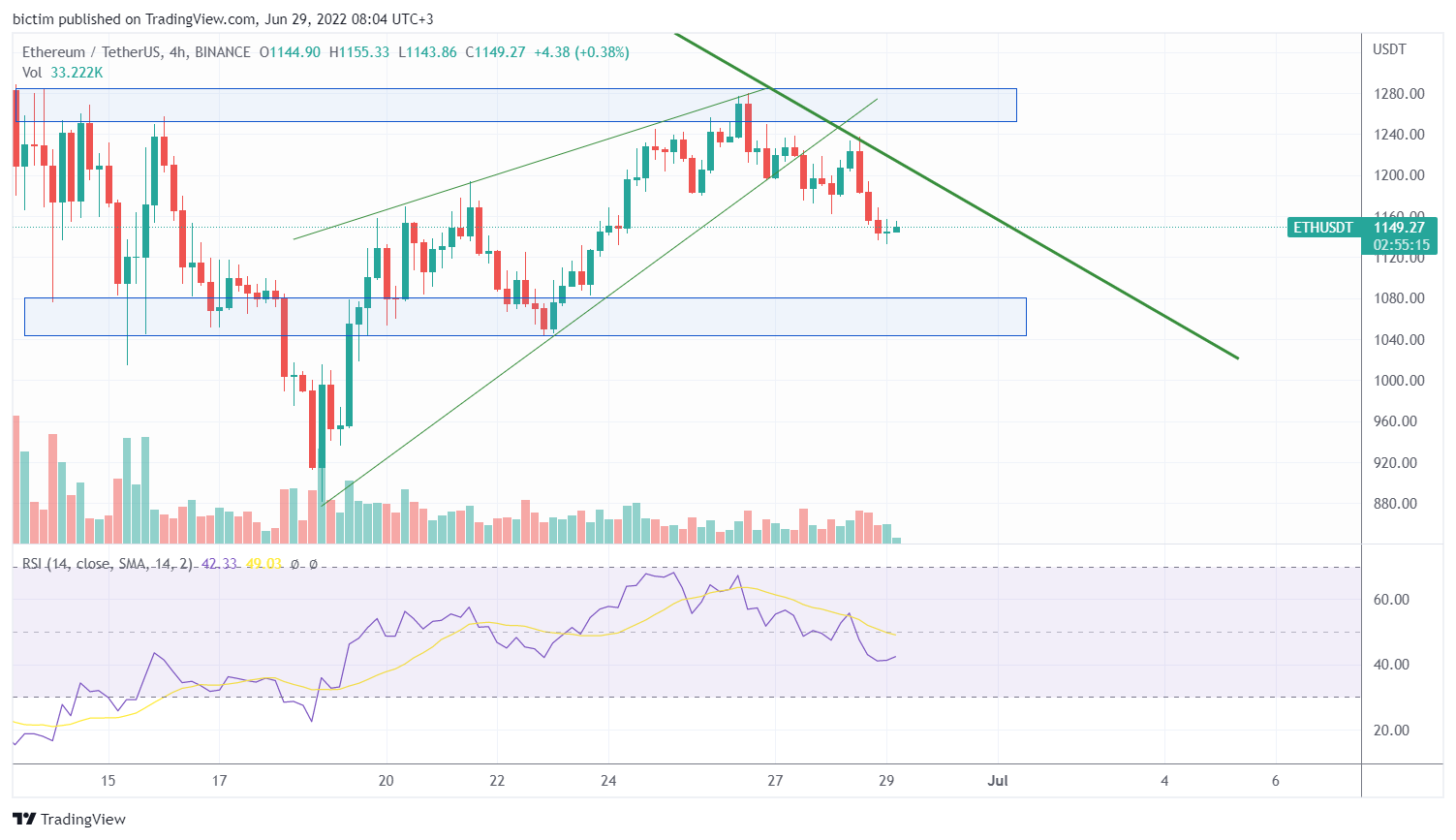 Over the past 7 days, the value of Ethereum has increased from $1,040 to $1,280, or 22%. At the moment, the chart has slightly corrected from the local maximum and dropped to the level of $1,150. The forces of buyers and sellers are rather small at the moment and none of them can confidently seize the initiative.

At the same time, over the past 10 days, a rising wedge has formed on the chart. The price has already gone beyond its lower limit and confidently fixed below it. This pattern has already begun to work out itself. Judging by it, Ethereum has the potential to fall again to $1,045.

Note the fact that the price hit $1,280 recently. It was in this zone that the global downtrend took place. The next day, buyers again tried to test it, but could not fix the price higher and rolled back down.

In general, the situation looks quite calm. There is a high probability that the chart will continue to be in the specified sideways channel in the coming week. It can be noted that the consolidation continues and how long it will last is still impossible to say.