Over the last 24 hours, Bitcoin has decreased by 1.5% and currently sits at $43,357. The trading volume continued to grow and amounted to $33 billion yesterday. Altcoins also started declining after Bitcoin, just as we expected. Now, they all highly depend on the first cryptocurrency and follow its movements. Against this background, the Bitcoin dominance rose to 42.5% again.

In recent months, the second-largest cryptocurrency by capitalization, Ethereum, has been also copycatting Bitcoin’s behavior. Let’s take a look at whether yesterday’s market drop is a turning point for Ethereum: 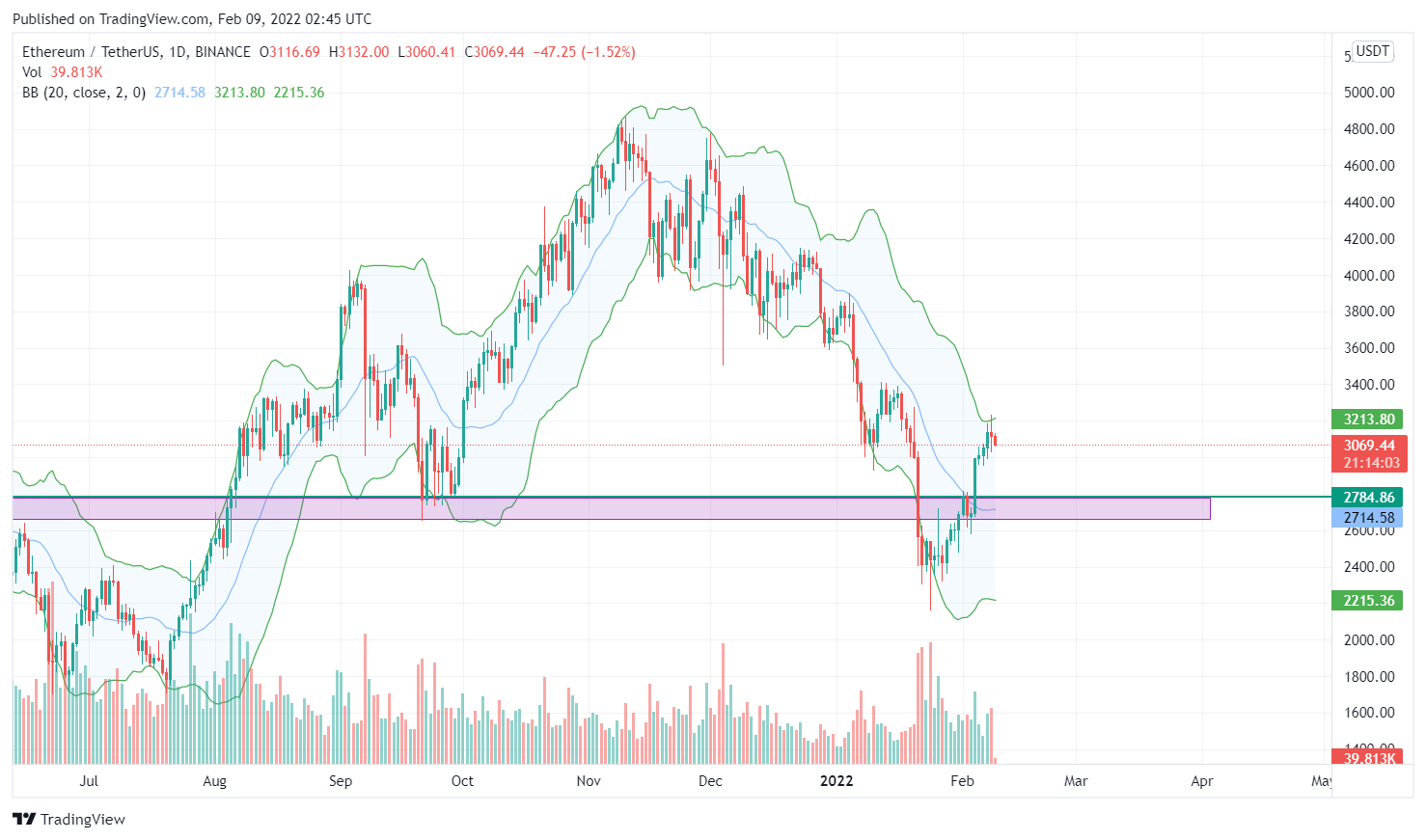 Ethereum set a local maximum at $3,232 yesterday. This means that the price has already risen by 50% in 2 weeks, which is a significant indicator. For the first time in 6 days, the ETH daily chart showed negative dynamics and the Japanese candlestick closed being red.

At the same time, this daily candle took a Doji shape. This is when the body of the candle is small and both shadows are long. In classical technical analysis, this pattern signals for reversal. And given that Ethereum has grown significantly over the past 2 weeks, now the chart needs correction.

In addition, we have added the Bollinger Bands indicator to the chart. In the same two weeks, the price went from the lower band to the upper band and entered the oversold zone. After Ethereum had touched the upper border, a doji reversal candle appeared. All this strengthens our assumptions regarding an imminent correction.

The nearest support level is $2,600 – $2,800. This is the most important area on the chart, which often triggers rebounds and reversals. Additionally, the middle Bollinger band comes here. Moreover, this is where the chart has always stopped moving for the last half a month. All this reinforces this level and points out its importance.

In order to keep going upward, the Ethereum price needs correction after such a strong growth. That is why we expect a local decline of 10-15% this week. Most likely, this drop will coincide with the general market movement.