Over the last 24 hours, the Bitcoin price has not changed and remained at the $38,500 level. The trading volume stagnated as well and amounted to $20 billion. The first cryptocurrency is growing very slowly, which reminds of a systematic price increase with no massive participation of traders and investors. Recently, this rise has been especially alarming due to the chart approaching the downtrend line.

But the altcoin market feels a little bit better. Some coins, including Ethereum, are experiencing decent bounce and good upward momentum. The most popular altcoin has grown significantly over the past 10 days. Let’s take a look at the ETH chart and find out whether it is going to grow further: 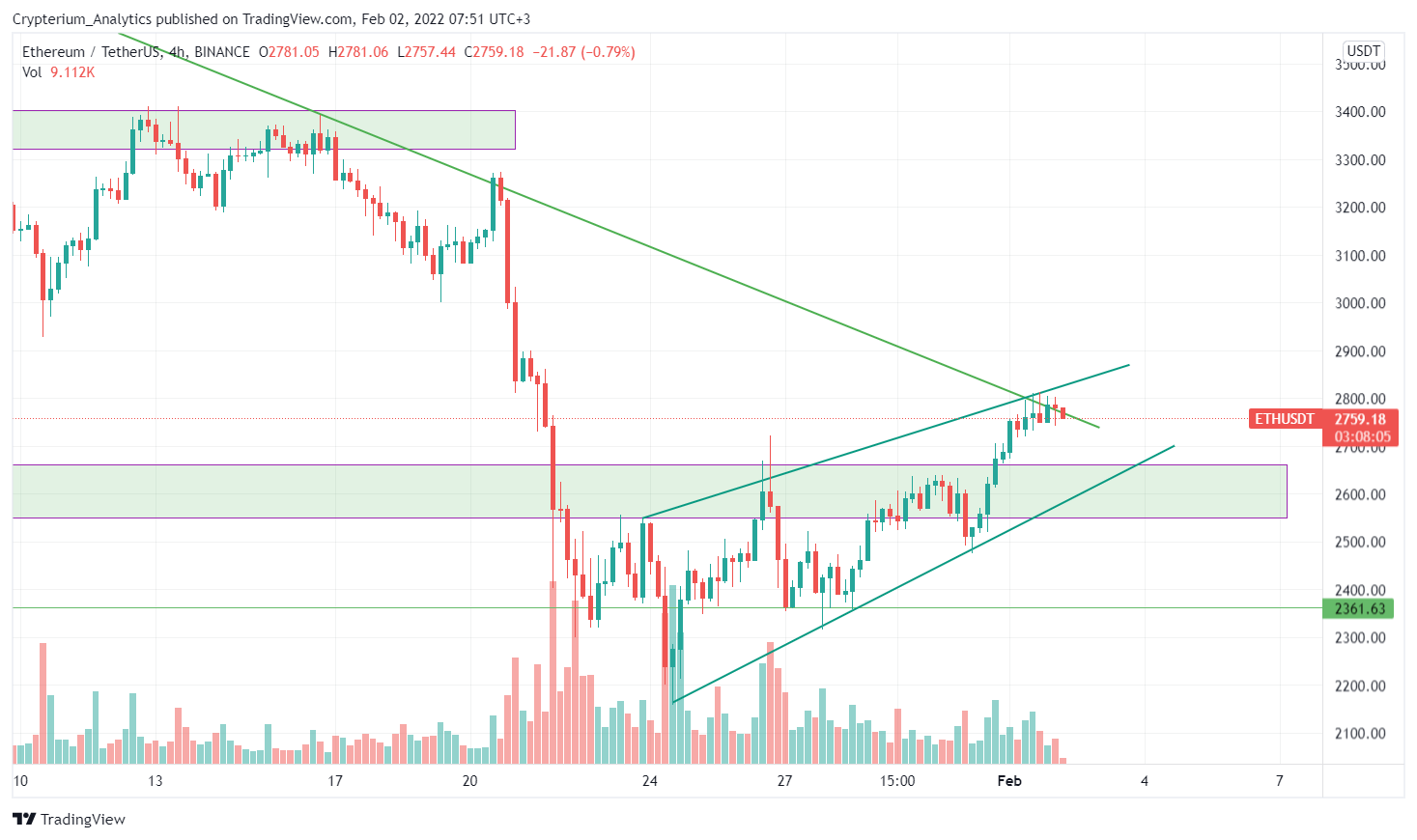 At the end of January, Ethereum fell to $2,159, and since then, the price has risen by about 30% to $2,760. Such a performance is almost 2 times better than that of Bitcoin. But at the same time, the chart shows that trading volume continues to fall. Thus, we can see a significant discrepancy.

Yesterday, the chart approached the descending trend line and even managed to break it for a while. But eventually, Ethereum failed to gain a foothold above it. Meanwhile, this zone is key for the king altcoin. If the price leaves the downtrend, there will be notable prerequisites for a powerful price increase.

However, on the 4-hour chart, you can see that Ethereum has slowed down. Buyers are trying to push the price higher, but they do not succeed. Locally, Ethereum is moving sideways in the $2,700 – $2,800 area which can be a dangerous sign as asset allocation often occurs in such situations. And if we consider the fact that there are just a few active buyers on the market right now, then this scenario looks even more logical in case major players start distributing their capital. As you know, they can deliberately keep the price in a given range so as not to cause the collapse with massive sales.

In addition, a “rising wedge” pattern has formed on the 4-hour chart, which usually signals for an upcoming downward price reversal. All other indicators only reinforce this pattern. That is why we expect the price to decline to $2,600 first and then to the $2,100 – $2,200 area soon.