Over the past 24 hours, the Bitcoin price has grown by 3% and almost reached $45,000. Just yesterday, we predicted this to happen. Buyers pushed the price up by 5%, but faced a strong resistance at the level of $45,000 – $46,000 amidst the continuing increase in trading volume, which has hit $35 billion over the past day.

Altcoins followed Bitcoin and also rose slightly. Only two cryptocurrencies from the top-100 list showed negative dynamics with their additional value not exceeding 1%. This indicates a big change in the crypto market. Let’s take a look at the chart of the largest altcoin – Ethereum: 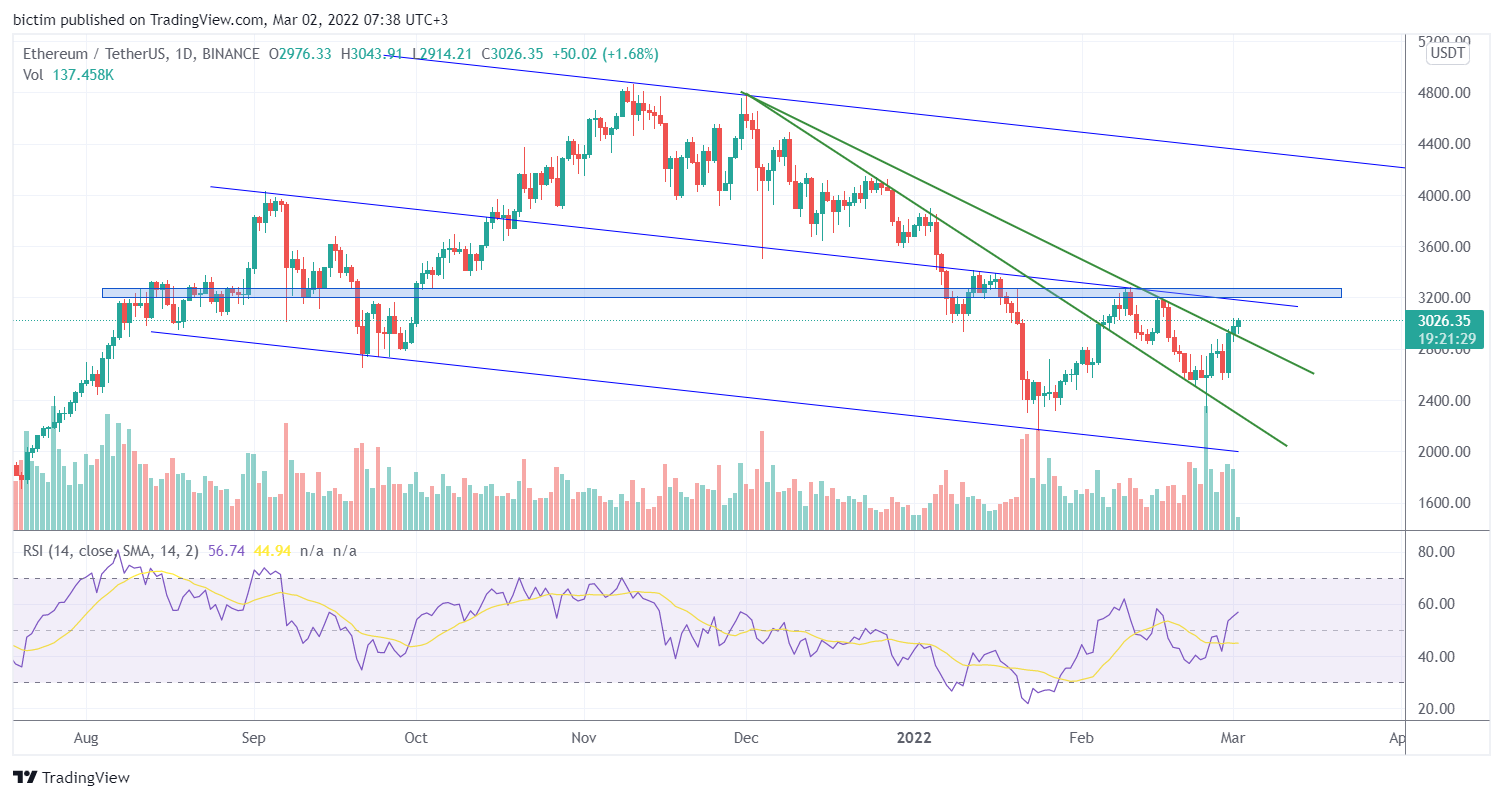 Over the last 3 days, the ETH price has soared almost 20%. At the same time, it can be noted that the trading volume has increased slightly, so far. This suggests that the asset is following Bitcoin by inertia. There are almost no sellers left in this market as many of them were liquidated during the recent crash at the end of January. Since then, the chart has been in an upward trend.

In early February, Ethereum broke the descending trend line and fixed above it. After that, within two weeks we’ve been watching a small pullback and a classic retest of the trend line. The price reached the retest level of $2,500 and then turned up. This pattern signaled a possible reversal.

But yesterday, Ethereum managed to break another downtrend and consolidated above it. The price jumped quickly to slightly above $3,000. Together with the breakdown in early February, this gives an increasing cause for the final upward reversal of the chart.

Thus, a new opportunity of a 5-6% growth to $3,200 opened for the chart. This mark is indicated by several signs at once. First, this level is historically important for ETH and it has always served as support and resistance. Second, the middle line of the global downward channel comes here. And third, the upper Bollinger band is moving to this level. Combined together, all these three factors suggest that the price will try to approach the $3,200 mark. Then the chart will stop and we will see an intensified struggle between buyers and sellers.

Market conditions have changed over the past week. Interest in cryptocurrencies has grown again. This means that right now we witness a global reversal not only of Ethereum, but of all other assets on the market.