Crypto Daily: Ethereum May Decrease By 5% Over the last 24 hours, Bitcoin has declined by 3% and is now trading at $45,200 per coin. Trading volume has increased by 7% to $33 billion. Altcoins have experienced an even greater decline. Thus, the Bitcoin market dominance rose to 42%.

Meanwhile, Ethereum dropped significantly by 5% in a day. Let’s take a look at the chart of the second popular cryptocurrency and try to figure out what to expect from it this week: 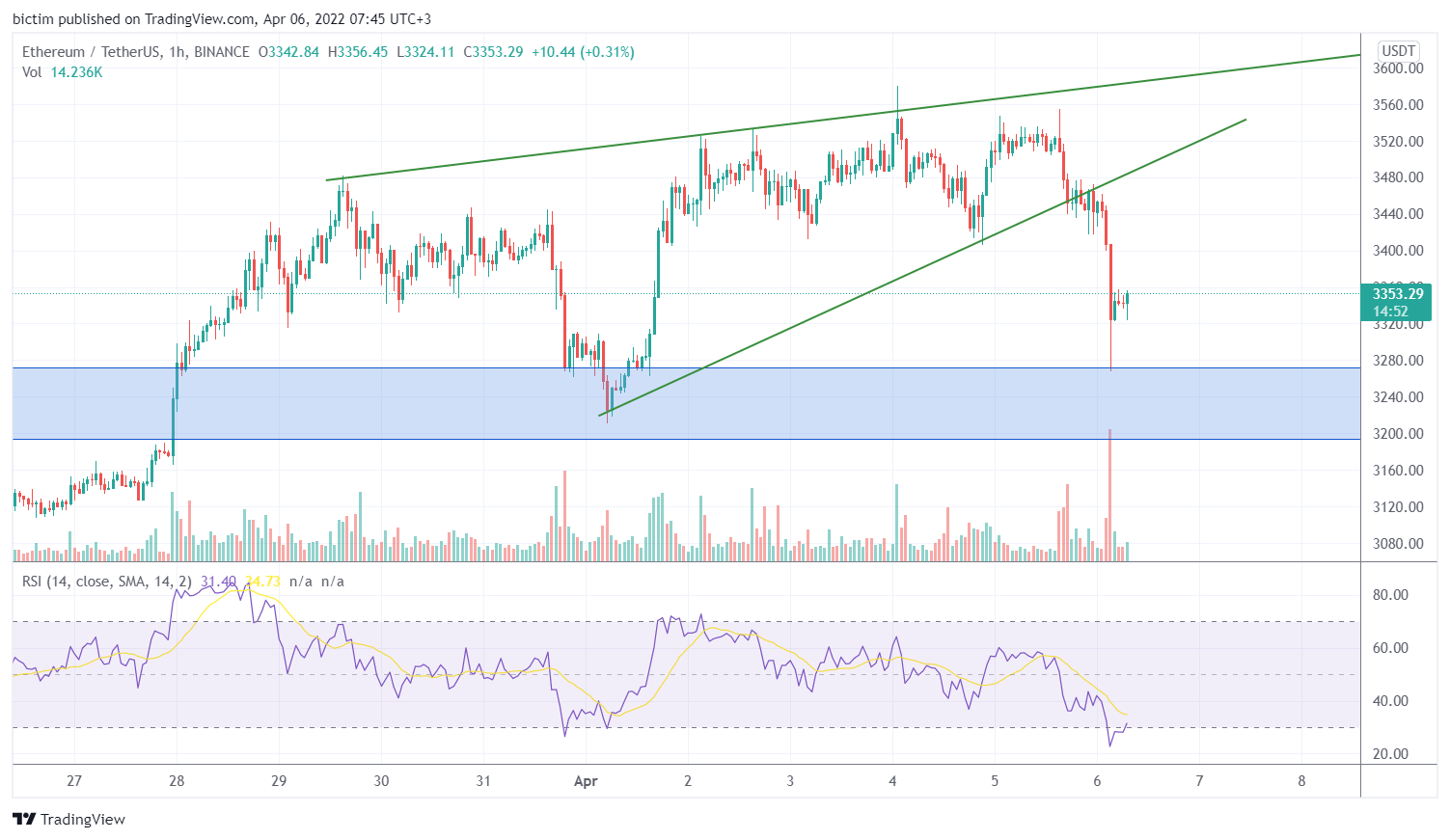 In the past few days, the growth rate of Ethereum has slowed down. This is due to the fact that buyers started to run out of forces. The $3,500 level became an insurmountable barrier for them. As a result, we saw an organic decrease of the ETH price to $3,300. Near this level, bears met a strong resistance, which is evidenced by the trading volume that sharply increased on the hourly chart. This is already a good sign.

In the last 7 days, the 4-hour chart has formed a “rising wedge” reversal pattern. It is clearly seen that the price has stagnated near the lower border of this figure and bears have begun to accumulate strength to break it. Eventually, they succeeded and the pattern started to work out. It should also be noted that the ultimate target for this pattern is approximately $3,200.

This mark corresponds to the lower support level. Therefore, most likely, we will see a decline and the $3,200 – $3,300 area, which used to be a resistance zone, will be key for the ETH chart. Therefore, the future of Ethereum is being determined right now.

On the hourly chart, we can see that many indicators have entered the oversold zone. In more detail, the RSI broke the lower border and consolidated below it. Now, this oscillator is turning up, but it will probably fail which will trigger another cycle of decline. This is indicated by the RSI performance on the more global charts. Judging by it, ETH may decrease by another 4-6%. Such a scenario is absolutely in line with our previously mentioned assumptions.

By the end of the week, we expect to see this scenario turning into reality which will confirm new, more global growth for Ethereum to about $4,000.