Over the past day, the Bitcoin price has practically not changed and continued to be around the $45,000 level. The rest of the market grew significantly and, as a result, the dominance of Bitcoin decreased by almost 2% in just a day, and reached 48%.

At the same time, the second-largest cryptocurrency, Ethereum, also did not show significant growth. Let’s take a look at the chart and try to understand in which direction Ethereum will move next: 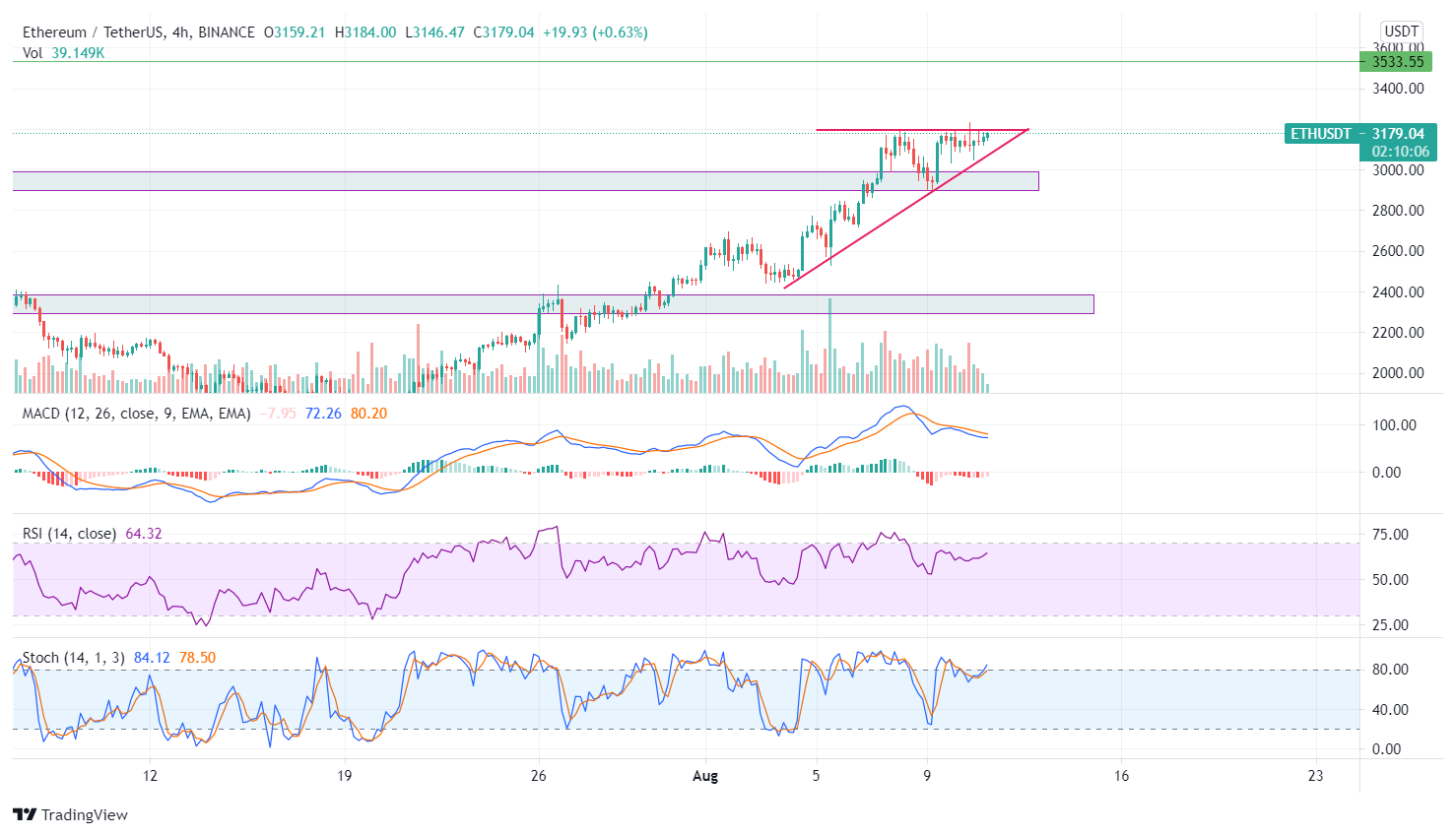 In addition, an ascending triangle was formed on the chart — a signal for further growth. The price is just moving near its upper border and is ready to break it at any moment. In this case, the chart may grow by at least 10%, to $3,533.

However, not everything is so simple this time. Bearish divergences have appeared on the RSI and MACD indicators. The recent peaks of these oscillators are going down, while the price peaks continue to rise. This is the first warning signal. It is worth noting that these discrepancies are not critical as they appear only on the 4-hour timeframe, so the situation looks good.

Ethereum has grown by 90% over the past 3 weeks from $1,700 to $3,200. This was primarily due to the London hardfork, which can definitely be called successful now. Ethereum network fees have dropped and in just a week, 26,000 ETH were burned, which is more than $80 million at the current rate.

The market situation remains favorable for growth. At first, buyers actively raised the price of Bitcoin and Ethereum, and the same is happening with the rest of the altcoins now. This situation may continue until the end of this week and there is every prospect that the dominance of Bitcoin may drop to 42% during this time. This means that a small altcoin season may begin, during which many cryptocurrencies will grow by tens of percent.

AI Price Prediction tool is the best help for daily traders. Try with five coins for free and get maximum profit from your altcoin trading.