The current week continues to be positive for the entire cryptocurrency market. Bitcoin has grown by 8% in a day and is now trying to gain a foothold above the $40,000 mark. The trading volumes on the crypto market have increased significantly and amounted to almost $100 billion per day.

Bitcoin has been significantly ahead of the market in recent days. This is indicated by domination, which has been growing for 5 days in a row and is now 49%. The leader of altcoins, Ethereum, also saw significant gains over the week. Its price is up 24% ahead of the London hard fork, slated for August 4th.

Let’s take a look at the chart of the second-largest cryptocurrency by capitalization and try to figure out whether Ethereum should be expected to grow in the coming days: 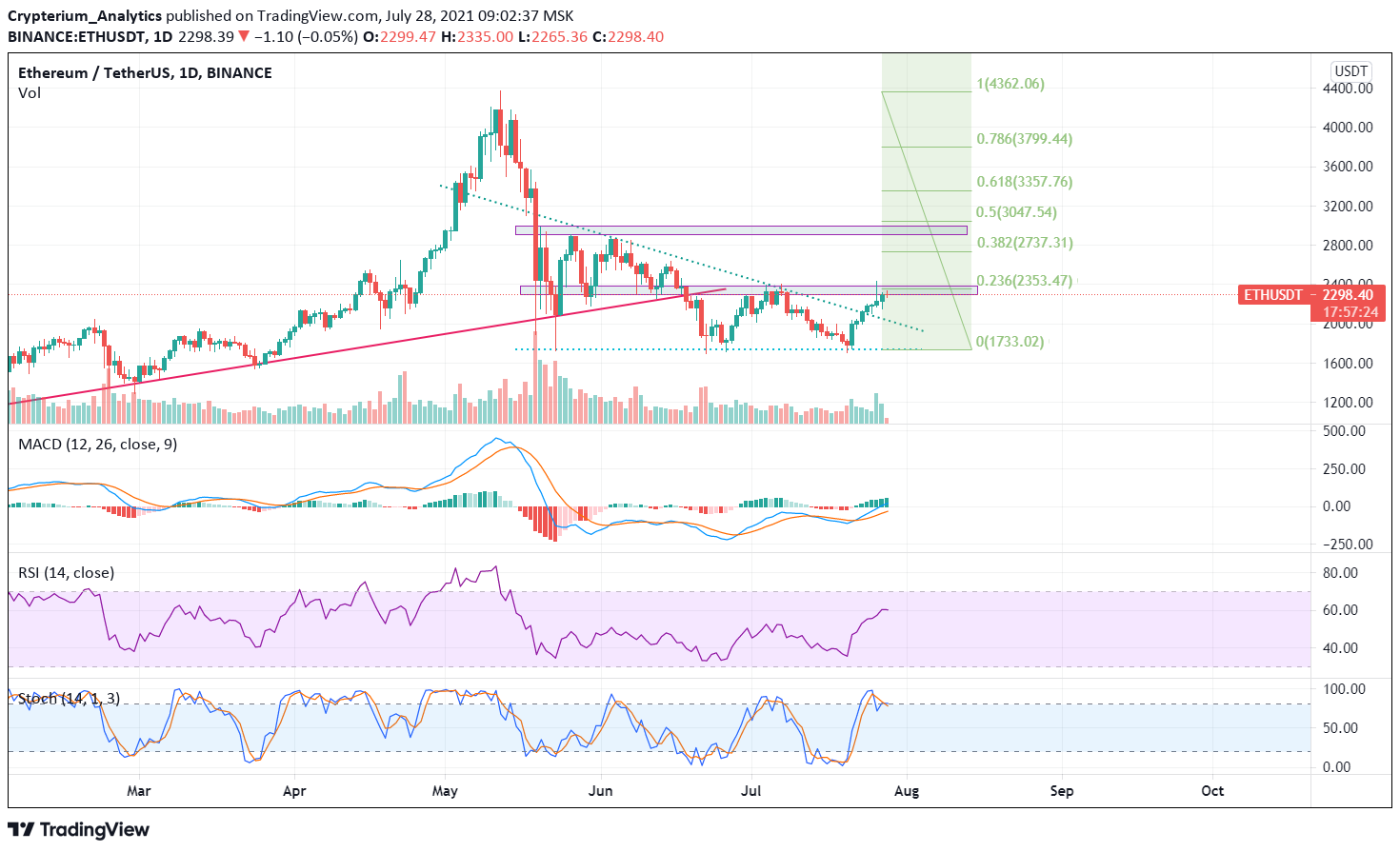 At the end of last week, Ethereum could break through the downtrend and gain a foothold above it. Thus, this asset went up from the descending triangle and broke the falling pattern.

The price came to the first resistance level at $2,300. This level is key on the Ethereum chart. It depends on him in which direction the price will go further. For 3 days, ETH has not been able to gain a foothold above this mark. At the same time, yesterday’s daily candle closed as close as possible to this level. Therefore, today we expect a strong struggle around this level.

In addition, a “double bottom” pattern has formed on the chart, which is a reversal formation under the condition of a previous downtrend. Now the price is near the neck level, which adds importance to the $2,300 level. If this pattern is worked out, the Ethereum price may rise to $2,900 – $3,000. The next strong resistance level is near the level, which was formed after the crypto market collapse in May.

In addition to these factors, we have imposed a Fibonacci grid on the chart. It clearly shows that the key levels are also $2,300 and $3,000. At the same time, the chart can reach the 0.38 level of about $2,700 quite quickly. All this almost perfectly fits into the above conclusions.

You can also take a look at the RSI and MACD indicators. Both oscillators have good potential for further growth, which confirms our forecast for ETH. All of this precedes an important update to the Ethereum network. That is why the market can start actively buying coins in the hope of strong fundamental growth.