So far, there have been no significant changes on the crypto market. Bitcoin is down 1% and sits at around $39,000. The trading volume and dominance of the first cryptocurrency remain at the same levels. And this is despite the fact that yesterday the committee of the European Parliament adopted the bill aimed at regulating cryptocurrencies. Against this background, the chart jumped sharply by 6%, but the subsequent fall to the previous values was just as quick.

The same was true for the rest of the market. Before this news came out, altcoins were stagnating, then they gained a favourable momentum, but later got back down. Let’s take a look at the chart of the second largest cryptocurrency – Ethereum: 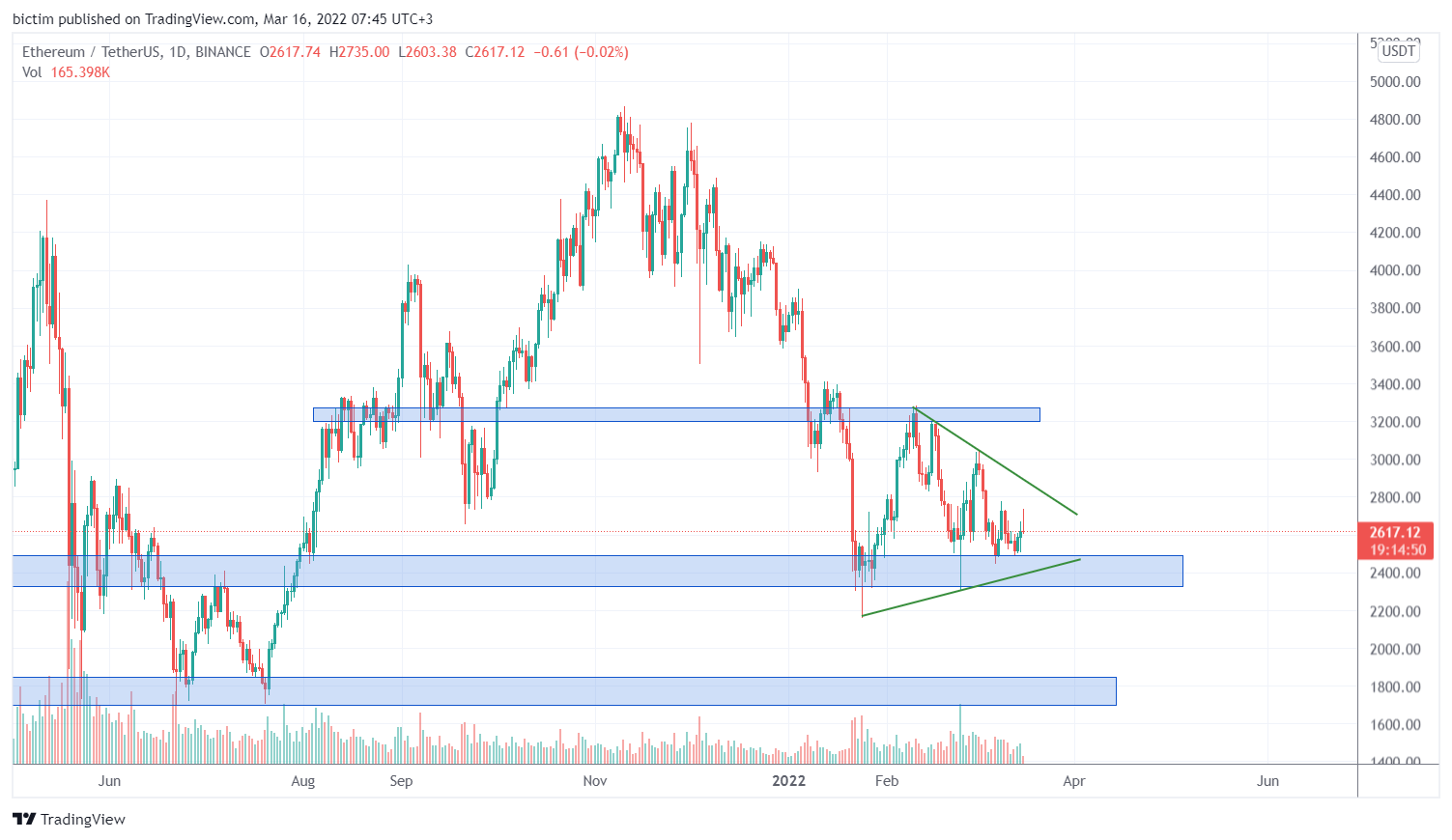 At the beginning of the week, the price of ETH approached $2,500 again and then bounced back up. This level has provided strong support for bulls for already 4 times causing the price to reverse. In addition, in recent months, the price peaks have been steadily declining, which indicates the weakness of buyers.

This, in turn, led to the chart forming a symmetrical triangle pattern. In such a situation, entering trades becomes quite difficult, because prices may go both up and down at any time. However, the chart has been fluctuating next to the lower border most of the time which signals a strong selling pressure.

In addition, we have already determined that the crypto market was in a bearish trend, based on many signs. One of them is the 200-day moving average line which the price broke 2 months ago. Since then, Ethereum has been constantly decreasing. Together with this pattern, the symmetrical triangle is most likely to trigger a new downward movement.

The $2,320 – $2,500 area will be a strong support level. If the price hits it, then Ethereum will have a high chance of a new fall. First, the price will probably stop near $2,000, as this is an important psychological level. And after that, we expect to see the chart declining to the main support level of around $1,700.

The aforementioned scenario will be relevant for the next few weeks. Now, both crypto and stock markets worldwide, except for commodities, are experiencing weakness, which means that a global downtrend reigns over the fields of finance. This is also one of the factors that contribute to our suggestion regarding a further decline of cryptocurrencies.