Over the last 24 hours, the Bitcoin price has not significantly changed. The original cryptocurrency is still trading at slightly above $47,000 per coin. Meanwhile, most altcoins started a downtrend. This was primarily due to the news about the latest big hack in the crypto industry.

Yesterday, it became known that an attacker managed to hack the Ronin blockchain, which powers the popular crypto game Axie Infinity. As a result of this incident, the attacker withdrew ETH and USDC totalling $625 million. So, this was the second biggest attack in the crypto industry following the Mt.Gox case in 2014.

The news seriously affected many altcoins that went down by 10% at once. Let’s take a look at how ETH chart reacted to this event and what we can expect in the near future: 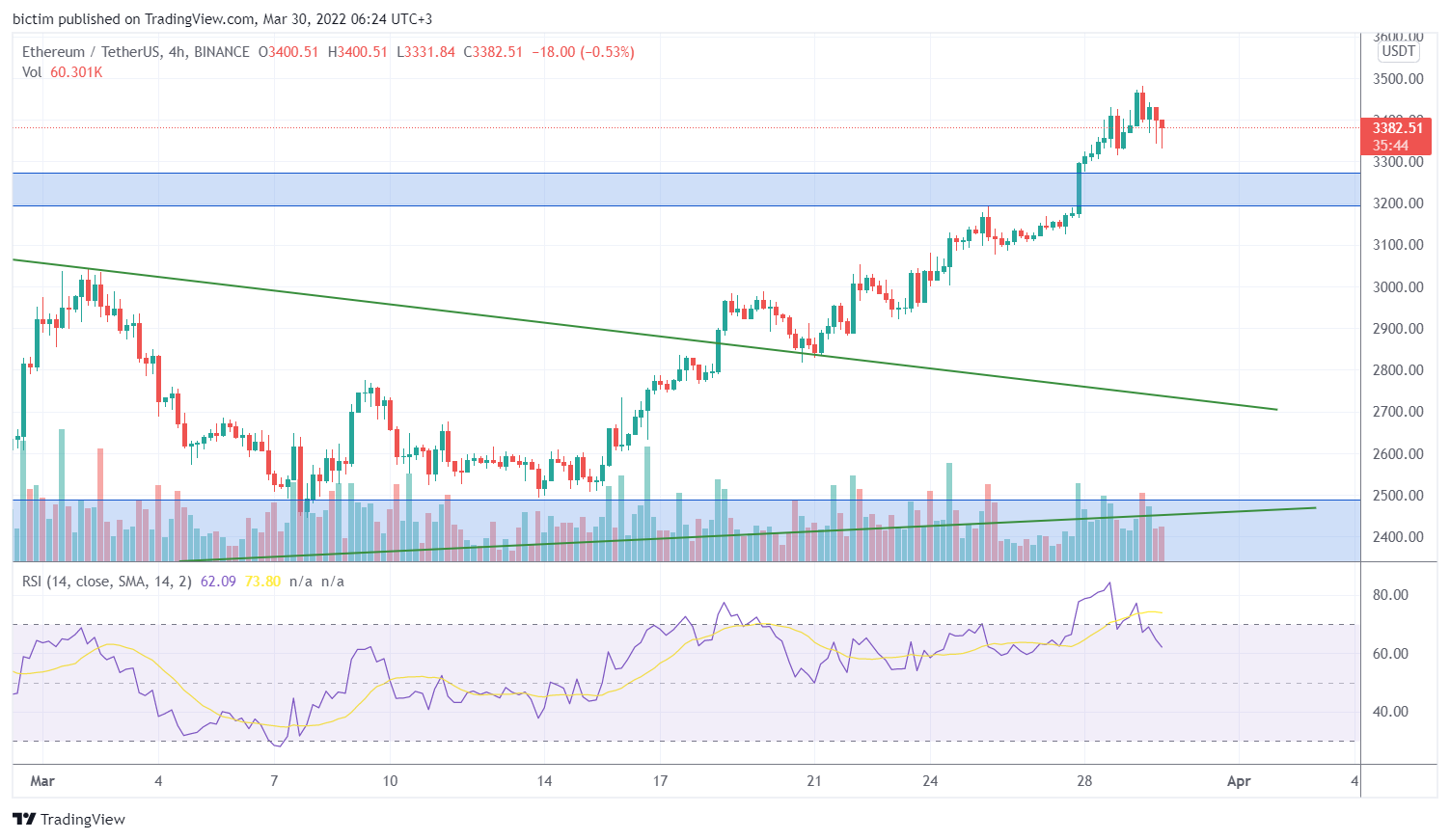 In fact, the price of ETH remained almost the same. First, the asset fell by 4% but then buyers returned the price to the previous levels. Over the past 2 weeks, the Ethereum chart has grown by almost 40% from $2,500 to $3,400. Earlier, we said that a large “equilateral triangle” pattern had appeared on the daily chart. Currently, this formation is still being worked out.

At the beginning of the week, an important event took place – Ethereum managed to break the $3,200 resistance level and consolidated above it. This happened along with an increase in trading volume, which signals an obvious interest in Ethereum demonstrated by market participants.

This is also indicated by the RSI oscillator, which was in the overbought zone in the meantime. Moreover, it has formed a divergence, which speaks in favor of an imminent decline. Perhaps this scenario will take place in the next few days.

However, this decline will be a correction – the price will drop to the support level of $3,200 – $3,300 and will probably stop here. This movement will become a classic retest after breaking the important resistance level and will only confirm the further growth of the asset.

After that, we expect to see another upward reversal of Ethereum. The price will move to the $4,000 mark, which is also the major resistance level. In addition, the “equilateral triangle” pattern, that we have already talked about, proves that this outcome is the most possible.