Crypto Daily: Ethereum will try to grow in next coming days Over the past day, the price of Bitcoin has increased by 1.5% and now stands at just above $40,000. Trading volume fell by 10% to $30 billion per day. At the same time, altcoins grew more confidently. This can be seen from the decreased Bitcoin dominance and the market as a whole. Some altcoins managed to fully recover after the previous fall.

Meanwhile, the most popular altcoin, Ethereum, rose only by 2.5%. Let’s take a look at the ETH chart and try to understand where the price will move in the coming days: 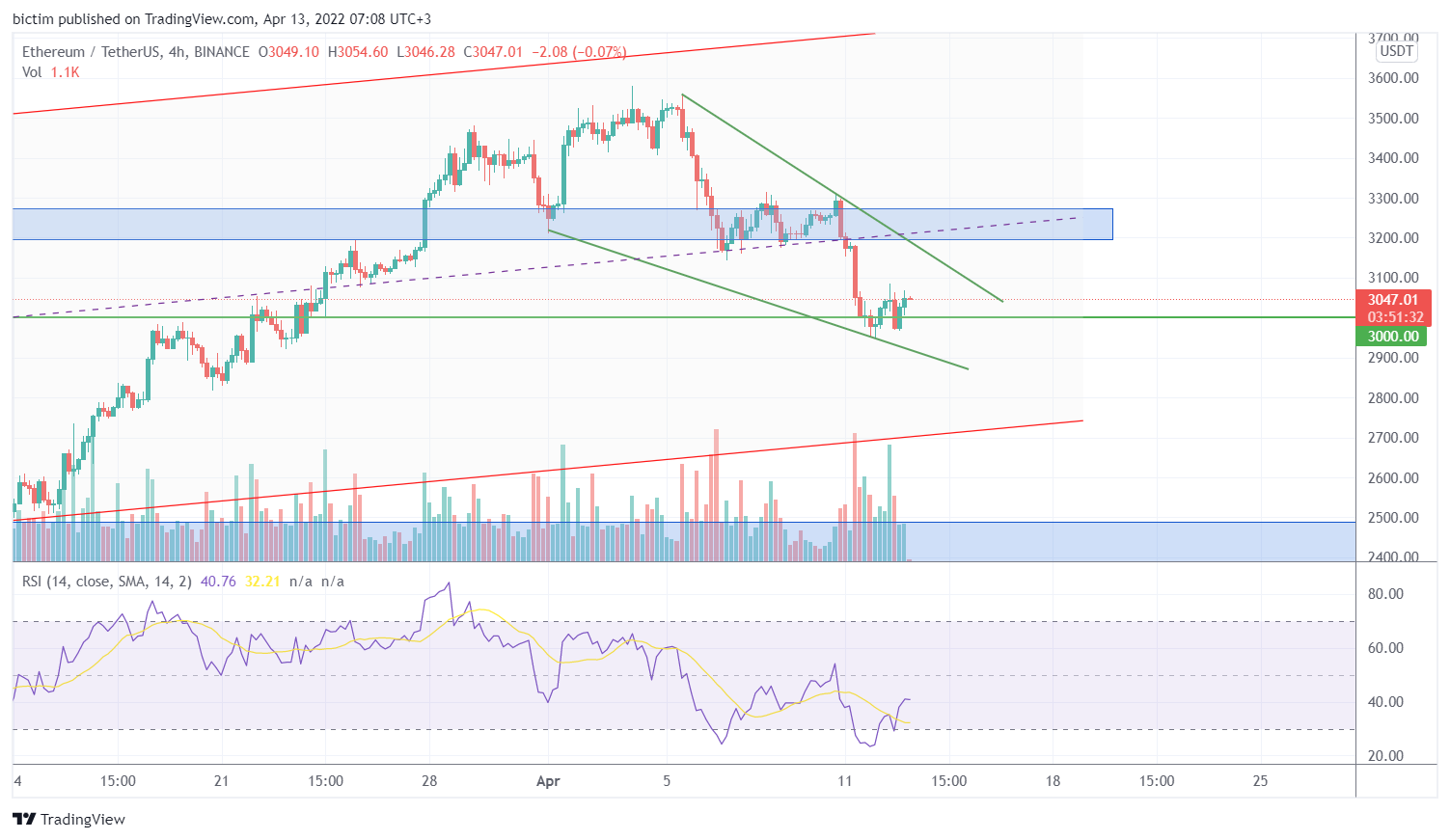 In the last 3 months, the Ethereum chart has been moving in a global upward channel, and currently, it is working out its boundaries very clearly. Last week, we also saw that the price had stagnated near the middle line of the channel, but buyers failed to maintain this level because sellers kept dominating over the market.

In the meantime, the chart has formed a falling wedge pattern since the beginning of April. The price is now rebounding from its borders. This formation indicates a potential upward reversal. Each time, it becomes more and more difficult for sellers to push the price down. If this pattern works out, Ethereum may rise to at least $3,400.

In the last two days, the price has been fluctuating near the $3,000 mark. Earlier, we highlighted this level and said that sellers would not manage to hit it quickly. During this time, the price has formed a “double bottom” pattern, which can be clearly seen on the hourly chart. Based on this fact, Ethereum may rise to $3,170-$3,200. This level corresponds to the upper boundary of the wedge and previously served as a support.

Moreover, there is the RSI divergence on the chart. The price continues to update its lows, while the RSI lows are progressively moving higher. This is a strong bullish signal for Ethereum. At the same time, the RSI has approached the oversold zone, which only strengthens growth opportunities.

Thus, in the coming days, we expect to see ETH rising to the upper border of the wedge at approximately $3,170. Around this level, there may be a struggle between buyers and sellers. At the moment, buyers have more chances to win, given what technical analysis shows. This means that the upper boundary of the wedge will be broken and the closest target for Ethereum will be $3,400.