Yesterday, Bitcoin continued to move upward and increased by 1.5%. Around the $41,700 mark, buyers encountered strong resistance from sellers and the price rolled back to the $41,300 area. At the same time, this growth occurred in line with a 30% decline of trading volumes.

The growth of Bitcoin triggered altcoins to rise as well. The most popular altcoin, Ethereum, was up by 1.5% and approached the $3,100 mark. Let’s take a look at the ETH chart and try to figure out what direction the price will take in the coming days: 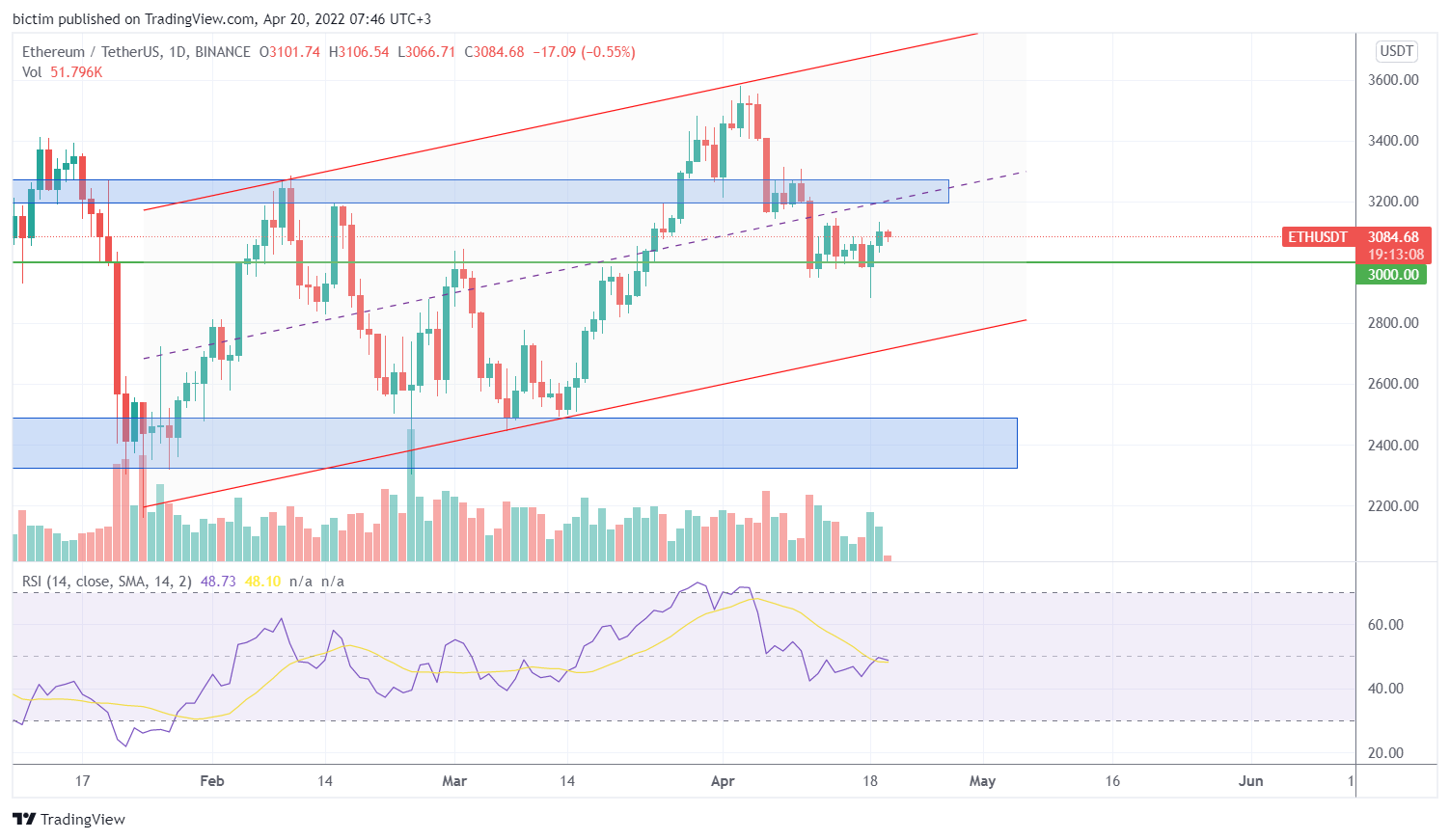 For the last 7 days, the ETH chart has been in a sideways movement in the $2,950 – $3,150 zone. Neither buyers nor sellers can seize the initiative, which results in high uncertainty. However, buyers keep maintaining the important psychological level of $3,000.

Ethereum has not left the large uptrend channel. By now, the price has almost reached the middle line of this formation. For this to happen, Ethereum needs to rise by about 4% to $3,200. Here, we expect to see an increased volatility caused by a struggle between buyers and sellers. The outcome will determine a local advantage of one of the parties and the current market sentiment.

The RSI indicator also fell to the middle line and has been moving around it for the last 2 weeks. Meanwhile, it surpassed the two-week moving average line which is a positive sign that speaks in favour of growth. Moreover, the 4-hour chart has formed a convergence, which has every chance of being worked out. Thus, the RSI indicates the ongoing predominance of buyers on the market.

The $3,200 – $3,300 zone is a strong resistance level. The price of Ethereum will head exactly here, since this is where most orders are placed. It should also be noted that this zone is the main focus for most traders because of the high concentration of liquidity, which should be traded before a new strong movement starts.

Based on all these factors, we expect to see Ethereum slightly increasing by 5-7%. After that, it will become more obvious whether its current upward movement was just a correction or whether the asset will continue its growth in the coming weeks. We suggest that this scenario will be clarified by the end of this week.