Crypto Daily: Ethereum Will Try to Reverse In the Next Weeks

Over the last 24 hours, the Bitcoin price has decreased by 5% to about $38,500 again. Trading volume also rose slightly to nearly $36 billion per day. Altcoins followed Bitcoin and declined significantly with some of the assets falling by 10% or more in one day.

At the same time, Ethereum proved to be more stable and lost 5% just like Bitcoin. Let’s take a look at the chart of the most popular altcoin and try to figure out what it shows. 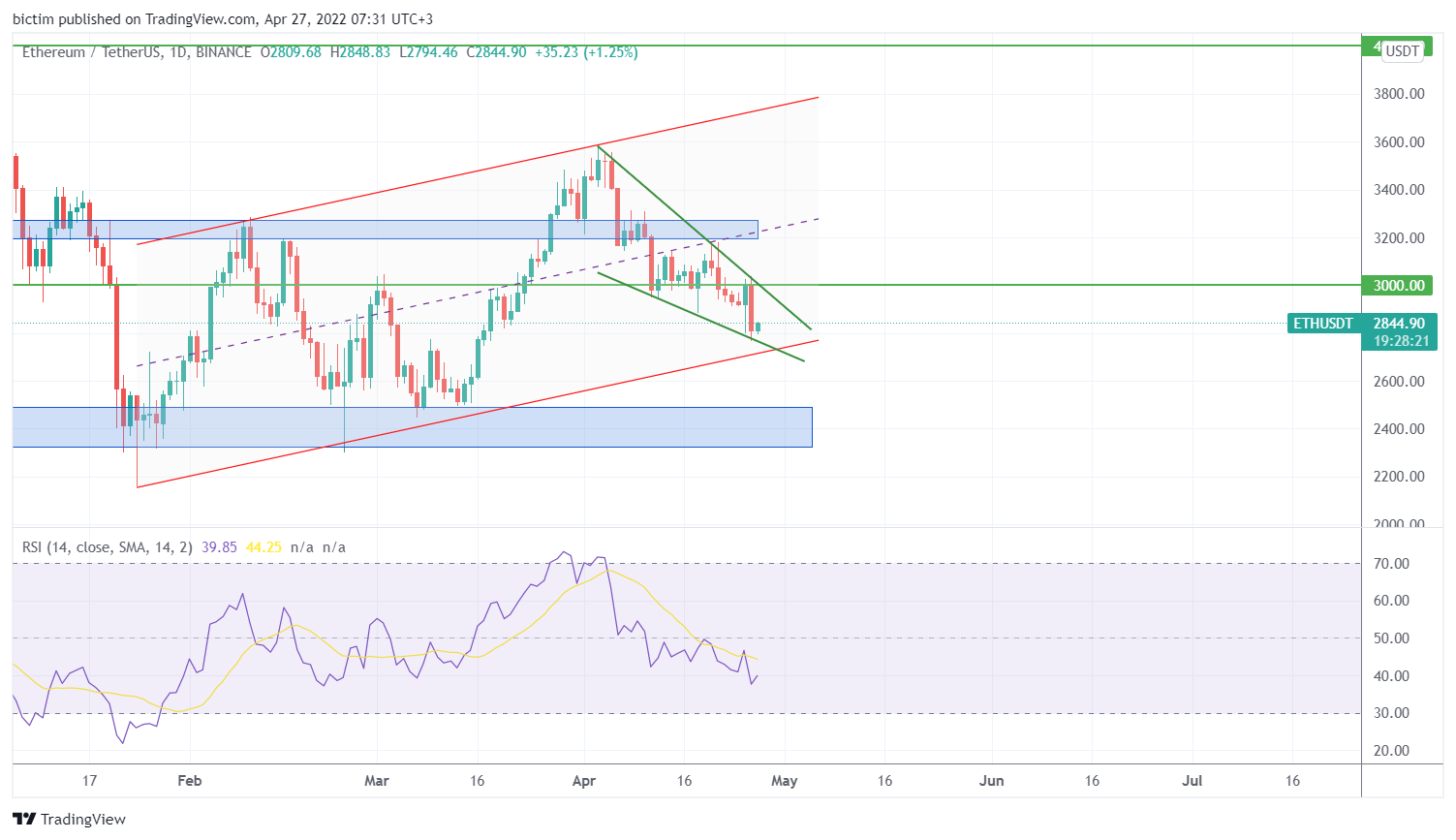 In the previous two days, we have been watching high volatility on the Ethereum chart. All Monday’s growth was fully offset by yesterday’s decline. As a result, the daily chart has formed a bearish engulfing pattern which suggests that sellers keep dominating the market and pushing the price down. It is clearly seen that they have stepped in when the price approached the $3,000 level.

Throughout April, Ethereum has been moving in a downtrend and declined by 23% from its local top. This caused a “bullish wedge” pattern to appear on the chart signaling that sellers are running out of forces, and each time, it is more and more difficult for them to push the price lower.

Meanwhile, the ETH price has been moving in a large upward channel since mid-January. Within this formation, the chart has formed a bullish wedge. Right now, Ethereum has almost reached the bottom of the channel at the $2,733 level. It is possible that sellers will intensify their pressure here in the coming days. However, looking more globally, we expect to see a reversal starting next week.

Moreover, it should be noted that the RSI indicator has formed a bullish divergence on the 4-hour chart. As long as the price is moving lower and lower, this indicator, on the contrary, goes up. A similar situation is true for many other altcoins and even for Bitcoin itself. This indicates a potential upward reversal of the crypto market which is most likely to take place in the coming weeks.

Prior to the weekend, we expect to see the price of ETH increasing to the $2,950 – $3,000 area. If the chart succeeds to consolidate above it, there will be a big room for the asset to soar. The nearest local resistance level will be $3,200. In case Ethereum manages to overcome it, we will probably see growth to the upper border of the channel in the $3,800 zone.