Over the last 24 hours, the Bitcoin price has stagnated and it is still hovering around $42,000. The trading volume has slightly increased and amounted to $22 billion per day. At the same time, the altcoin market has declined and most of the top-20 coins fell by 3-5%. As a result, the Bitcoin market dominance has been growing for the second day in a row and currently totals 40.25%.

Let’s take a look at the chart of the most popular altcoin – Ethereum. As a rule, this is exactly the cryptocurrency that determines the upcoming movements of the altcoin market. 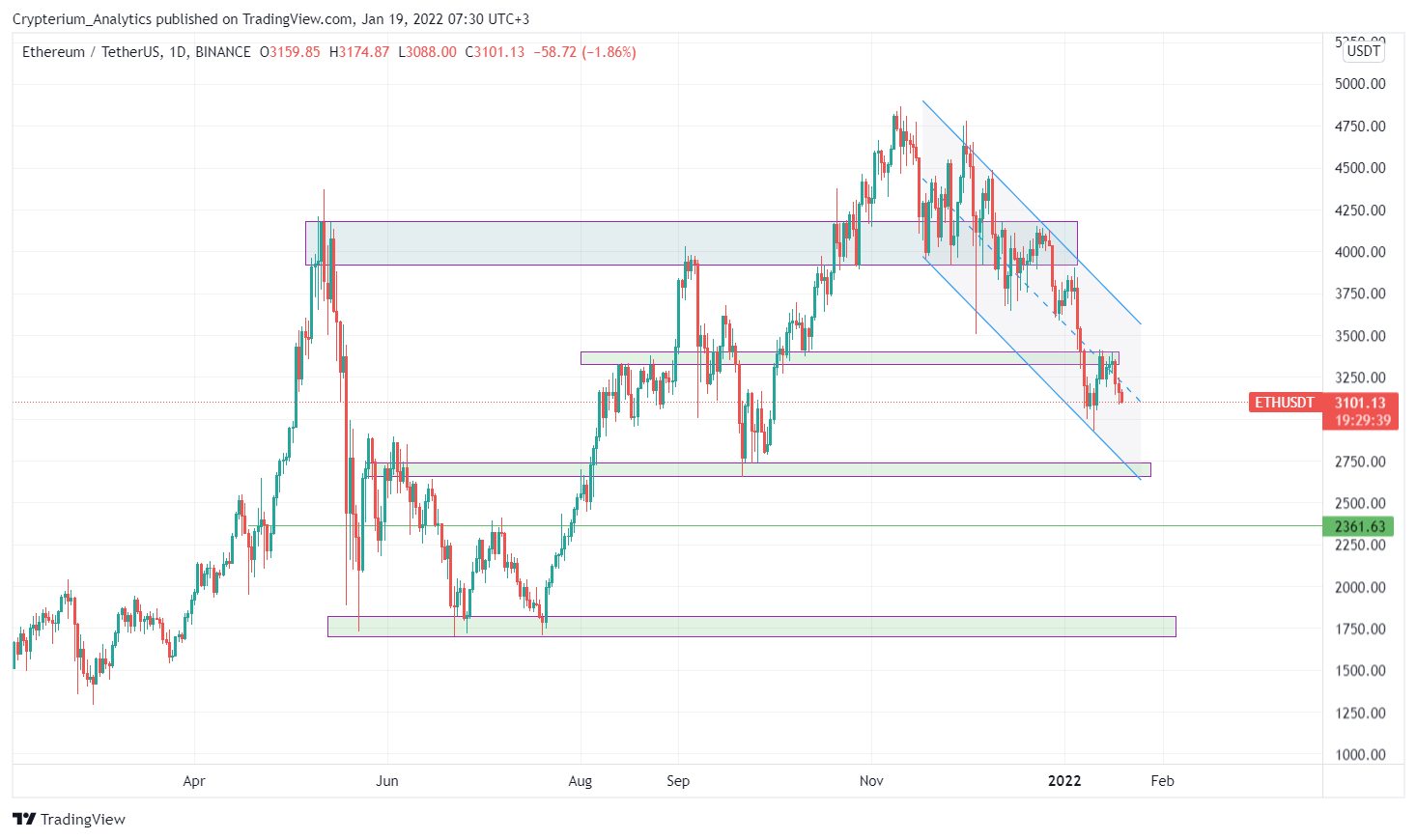 For the last 2.5 months, Ethereum chart has been in a downtrend. During this time, the ETH price has dropped 35% from $4,850 to $3,100. Meanwhile, the chart has formed a descending channel and now Etherem is moving within it. Last week, the chart managed to reach the middle line of the channel but failed to gain a foothold above it and began to roll back down in the past 3 days.

A bearish engulfing has formed on the daily chart. On January 17, the daily candle reversed and turned out to be larger than 3 previous ascending candles at once. This is a negative signal based on technical analysis. Judging by this, the fall may continue until the end of the week.

The most possible scenario is that the price will fall by another 10-12%. In this case, the chart will stagnate near around $2,650 – $2,750, which is a key level for Ethereum, as this is the last stronghold of protection for the uptrend. In addition, the lower border of the above-mentioned descending channel also comes within this area, which proves the strength of this level.

There are almost no buyers on the market now and, therefore, no one can move the price back up. The level of fear continues is still critically low, compared to last summer’s state of the market. Moreover, we have not yet seen any reversal patterns either on the Ethereum chart or on the Bitcoin chart.

We keep waiting for the last wave of the fall by 10-15%, which will help clarify the further movement and direction of the long-term trend.