Over the last 24 hours, the Bitcoin price has remained almost the same at about the $43,500 level. But the trading volume has decreased by 20% and amounted to $24 billion per day. At the same time, the altcoin market has increased significantly, which is evidenced by the Bitcoin dominance that has decreased to 41.5%.

Let’s take a look at the chart of the first cryptocurrency and try to figure out the direction the price will take in the coming weekend: 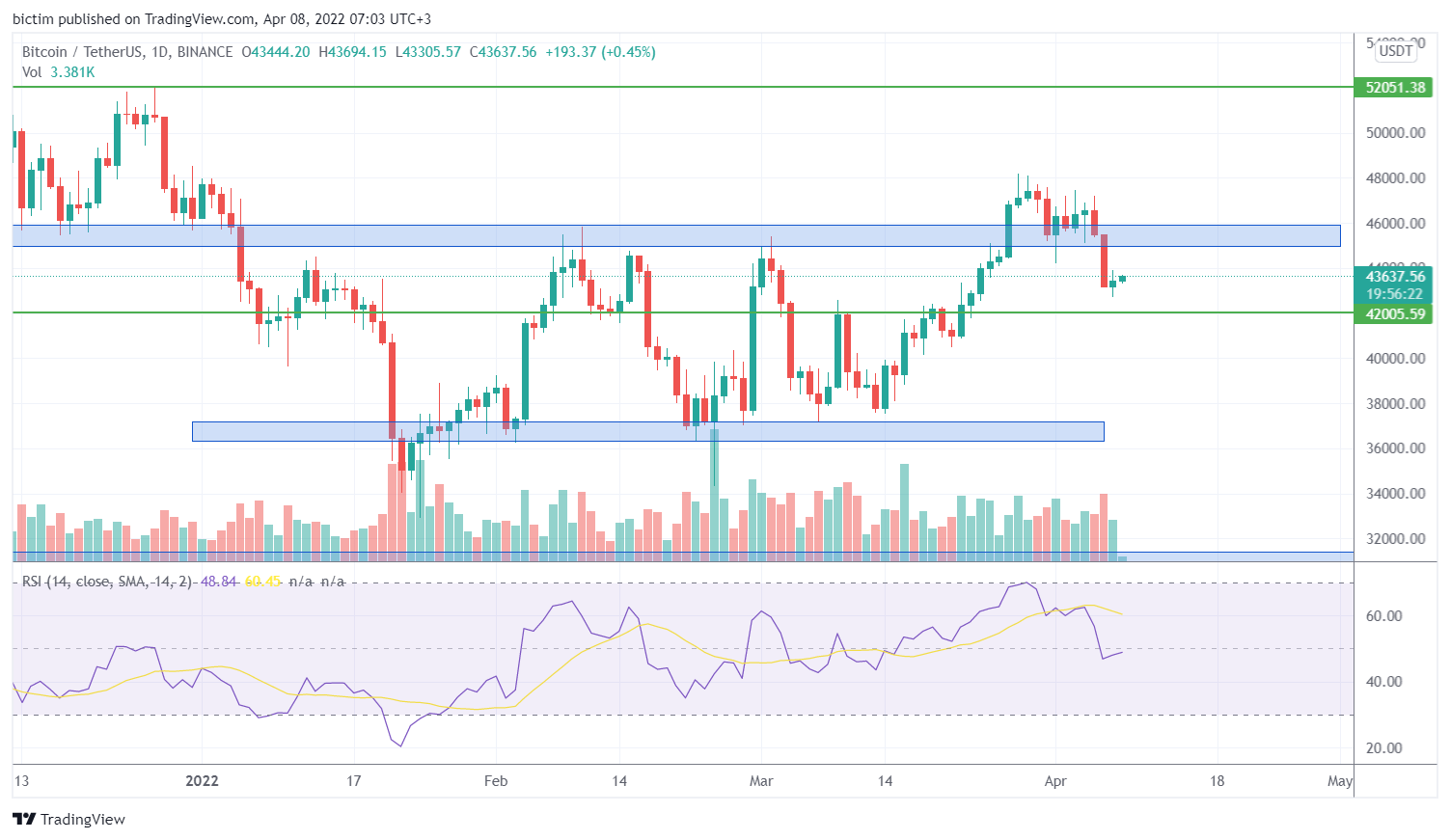 At the beginning of the week, sellers managed to hit an important support level of $45,000 – $46,000. As a result, the price quickly dropped to $43,000 where it currently stays. Bulls did not show any notable reaction and have remained on the sidelines so far. After this fall, we haven’t seen a rebound yet, which is a bad sign indicating that buyers are not ready to acquire Bitcoin at the current prices and want to see it going even lower. However, in the meantime, a doji reversal candle appeared on the daily chart.

The nearest support level is $42,000. This is where buyers and sellers have met many times in recent months. Therefore, we assume that the price will return here again and we will see the Bitcoin price completing its correction after the 30% growth.

Meanwhile, many indicators are already in the oversold zone on the 4-hour chart. So, the RSI has already broken the lower border and even turned up. However, this does not mean that the price should go up to the previous levels. On the daily chart, this oscillator still has room to fall. At this time interval, it went down below the middle line and is currently testing it, which may cause this indicator to drop further.

At the same time, the chart has formed some kind of a bullish flag. This pattern is clearly seen on the 4-hour chart and usually signals the continuation of an uptrend. Based on this pattern, Bitcoin may rise to $53,000. Otherwise, it will consolidate below $42,000 on the daily chart.

Today, the situation with Bitcoin looks rather uncertain. Some patterns indicate that the uptrend will continue. But we will probably see a selling climax at the $42,000 mark before that. This movement will be the most important for Bitcoin in the coming days. If the price manages to break this level, then the first cryptocurrency may once again reach $50,000 and move even higher. The opposite scenario is Bitcoin falling to its last month’s values.