Over the last 24 hours, the price of Bitcoin has increased by 2.5% and has approached the $44,000 mark. Trading volume keeps staying at above $30 billion per day. Altcoins followed Bitcoin and also showed positive dynamics.

We’ve been watching an uptrend throughout the week, with Ethereum growing by 10%, Solana – by 16%, and Cardano – by 30%. This was primarily due to reversal patterns that appeared on the Bitcoin chart in mid-March. Let’s take a look at it and try to figure out which direction the price will take this weekend: 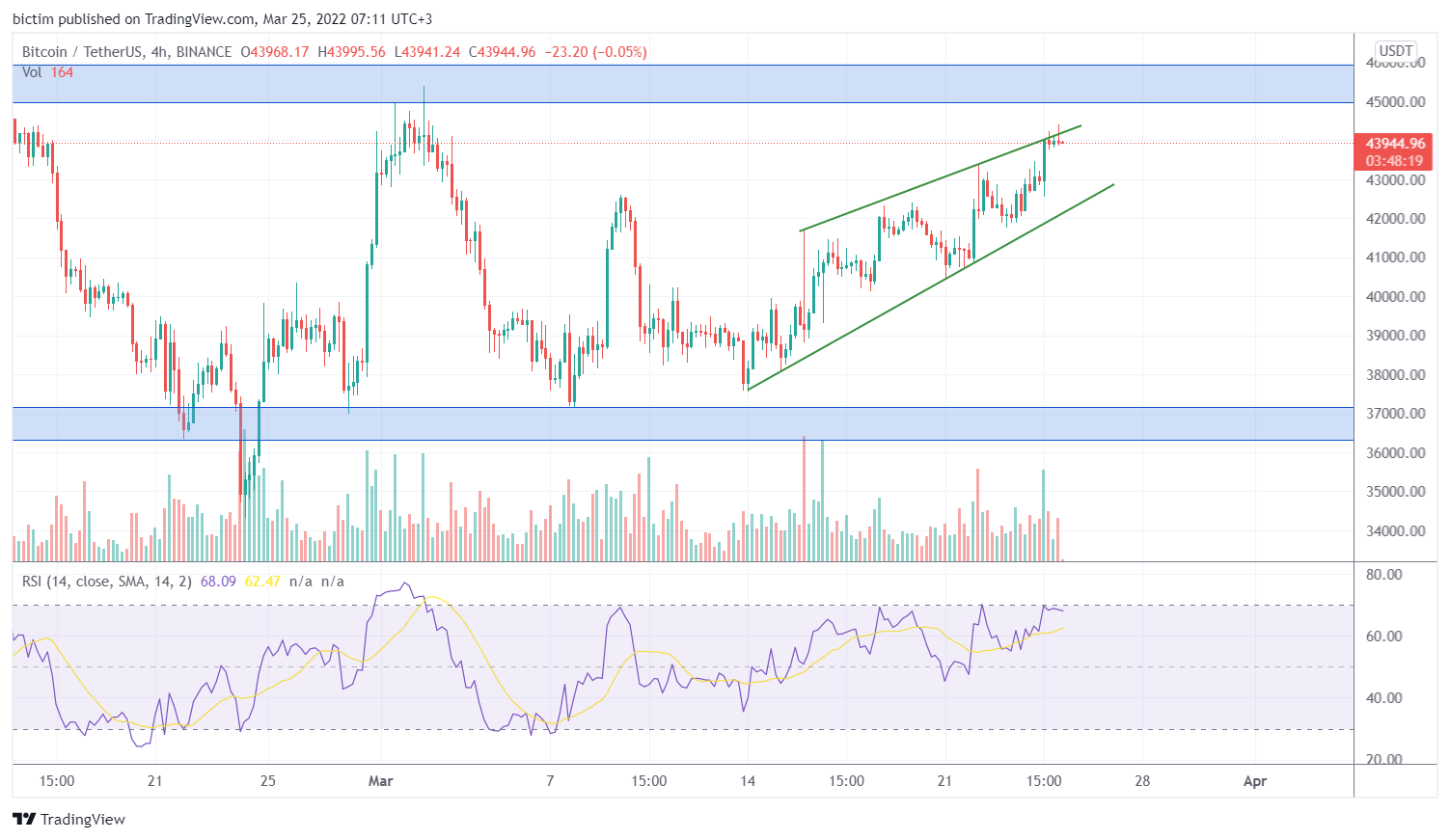 In the previous 3 days, Bitcoin has grown by almost 8% from $40,900 to $44,000, which means that the value of the first cryptocurrency has been increasing almost non-stop for 10 days. Buyers have intercepted initiative and kept prices from significant drops.

At the same time, the 4-hour chart has formed a “rising wedge” pattern, which signals an upward reversal. The price has reached the upper border of this pattern already 4 times, but always failed to break it. Yesterday, Bitcoin also came close to this border and then slowed down sharply, which is a sign of lowering prices.

It should be noted that the global resistance level is now above $45,000. This is the top of the wideside channel within which Bitcoin has been moving in the last 3 months. It will be quite difficult to break it, given the upcoming weekend when Bitcoin usually stagnates. We have already noted that more than once in our previous reviews.

This means that if Bitcoin fails to overcome $44,000 today and then $45,000, the price will probably collapse. We also note that Friday is the day when many positions are being fixed on the market. Therefore, we will most likely see a new decline to $42,800 prior to Saturday.

As early as next week, Bitcoin has all chances to approach $45,000. Here, we expect the struggle between sellers and buyers to begin. The latter have become significantly stronger over the past few weeks. That is why we believe that they will succeed in hitting the global resistance level and consolidate above it.