Over the past 3 days, the Bitcoin chart has been declining, but buyers were not eager to buy back this decline.

Let’s take a close look at the chart of the first cryptocurrency and try to understand in which direction the price will go on the following days: 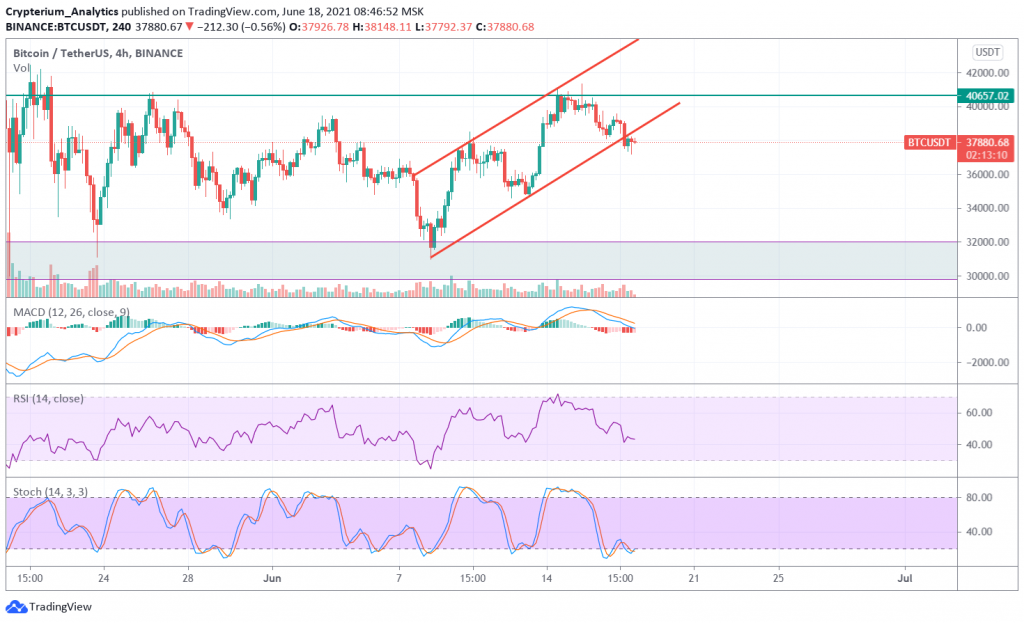 The $40,000 level has become a powerful resistance, as we had previously assumed. The price reached this mark and fluctuated around it for two days. As a result, over the past 10 days, a small upward channel has formed, within which the chart is moving.

Now let’s take a look at the daily timeframe: 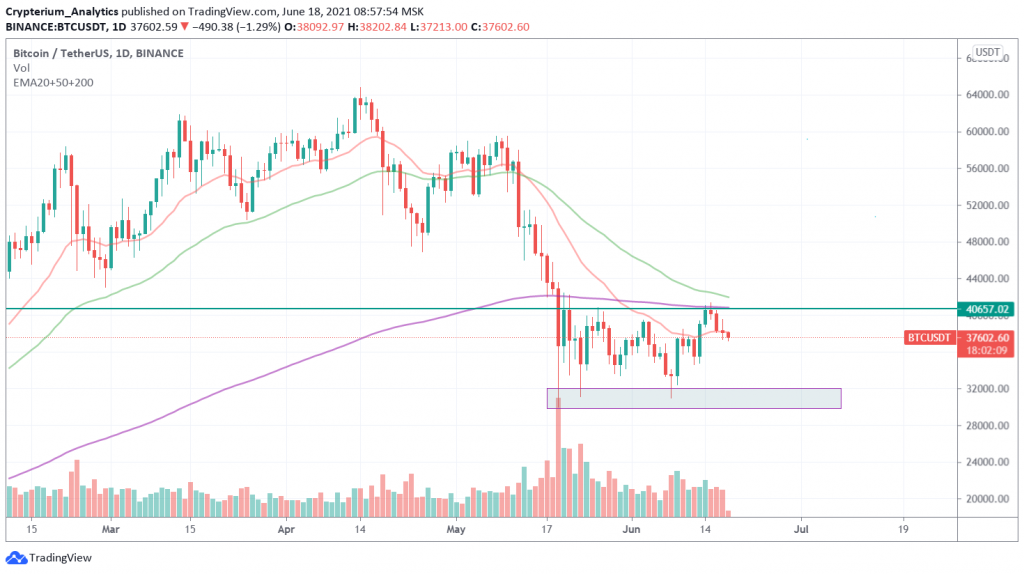 The situation here also looks rather tense. For the fourth day in a row, the price of Bitcoin is declining, as shown by the red candles. Bitcoin cannot overcome the level of $40,000  within a month and this is also a bad sign. Adding, all this is added by low trading volumes, which do not increase even on strong news.

All this has led to the appearance of the “cross of death” pattern on the chart. This happens if the lower moving averages (EMA20, EMA50) cross the higher moving average line (EMA200) above the bottom. If the chart continues to fall, then we can see this in the coming days.

If you look at the Bollinger Bands, you can see that the price is currently down to the middle line, which is support for Bitcoin. If the chart fails and breaks through this level at around $37,000, then this will be another bad call for Bitcoin. In this case, Bitcoin can quickly go down to $34,000.

Bitcoin continues to move in a wide sideways channel of $30,000 – $40,000 and this is not conducive to trading. In general, we can now note the fact that the picture on the chart is very weak. There are far more signs of decline now than signs of growth. You can easily close your position and cash out your funds to your bank account in seconds. Market participants are in no hurry to trade and are waiting for clearer setups. This is the best strategy at the moment.