Bitcoin failed to hold above $40,000 this week and its price slid down. The first cryptocurrency is currently trading at around $34,000. Thus, it lost almost 15% of its value in a week. As we can see, even strong news from El Salvador did not have a long-term positive impact on the cryptocurrency market.

Bitcoin now has a big problem in the form of China. So, once again, the government has imposed new restrictions on the work of mining companies. Sichuan provincial authorities imposed a ban on mining activities on their territory and ordered energy companies to ban the sale of electricity to miners until June 20. This is a very strong blow for this sector of the crypto industry, as the work of key miners in China is blocked.

The consequences of this news have already appeared. Bitcoin hashrate has dropped by 25% over the past 3 days and continues to fall. And since China re-announced the mining ban in early May, the hash rate has dropped 45%. The current hash rate is just over 100 EHash / s. The last time such values ​​were observed was in October 2020, when Bitcoin was worth $13,000. 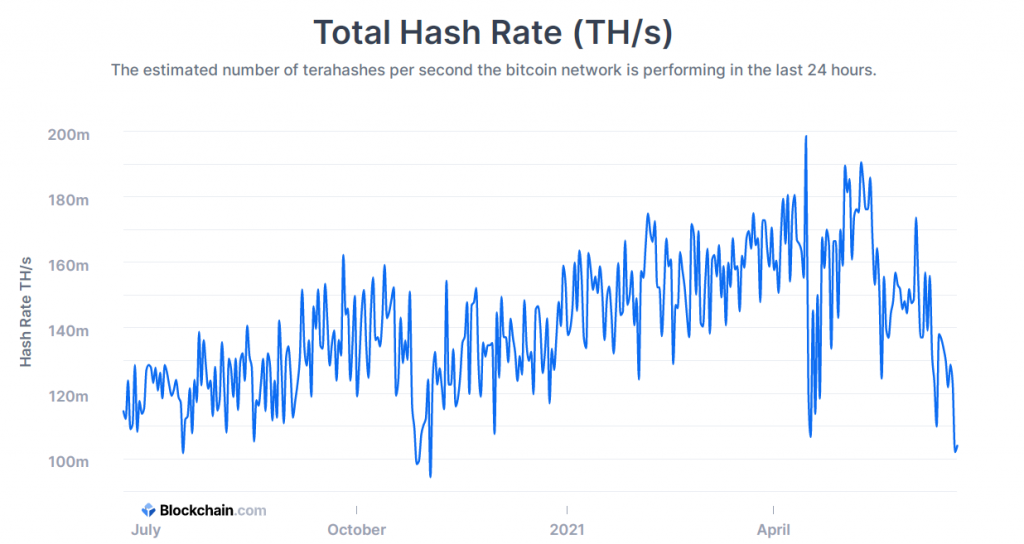 Once again, Elon Musk added fuel to the fire. He stated that he will open the possibility of selling Tesla cars for Bitcoin in the event that the share of “green” energy in mining exceeds 50%. Again, this had a significant impact on the price of Bitcoin, which increased by 12% in the day after this tweet.

However, there was some positive news for the first cryptocurrency this week. The Taproot update has been confirmed by miners who have met the conditions for its implementation. This update has been in development for the last 3 years and is considered one of the main ones for the Bitcoin network. The update will be soft forked in mid-November 2021.

Microstrategy has once again created a big buzz around its activities. Last week, they completed a $500 million bond offering due in 2028. The next day, the head of the company announced an additional issue of common shares in the amount of $1 billion. From his message, it became clear that most of this money will again go to buy Bitcoin.

This week, all attention was focused on the first cryptocurrency. There was a lot of news related to Bitcoin, which significantly influenced the price. Let’s see how this news affected the chart and what to expect in the near future: 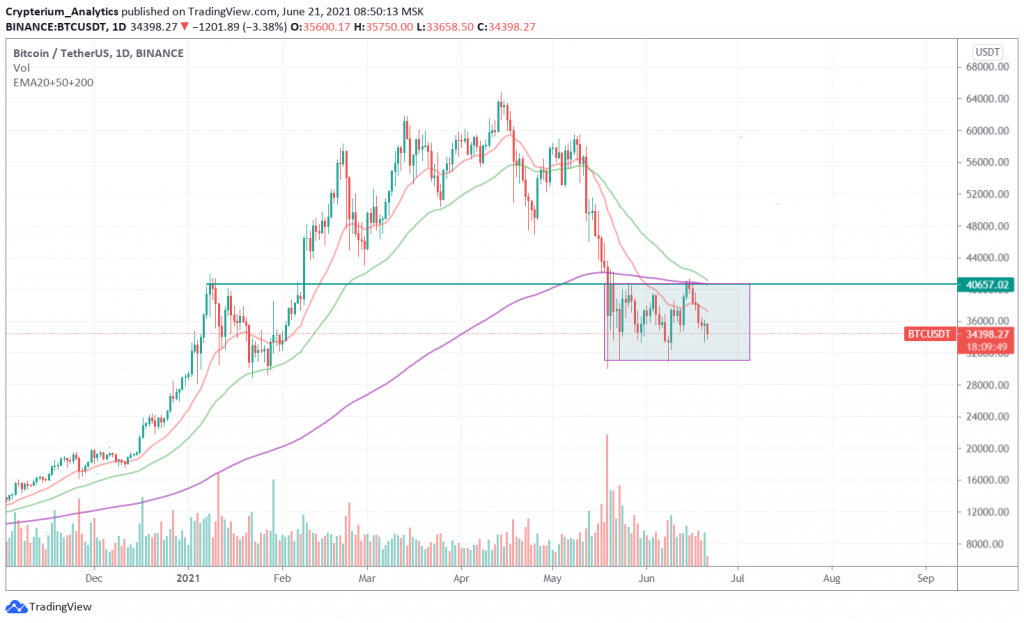 Nothing has changed on the chart. Bitcoin is consolidating in a wide range of $30,000 – $40,000. At the same time, a negative trend has now formed, during which 5 daily candles in a row closed with a decline. The trading volume also practically does not change and fluctuates around the same value. This indicates the weakness of the market at the moment.

In addition, a bad pattern for Bitcoin is forming on the chart – the “Death Star”. This happens when the lower moving averages cross the higher line. The periods of these lines correspond to 20, 50, and 200 days. From a historical point of view, this almost always led to a drop in the chart.

The bitcoin chart is weak right now. Market participants are in no hurry to buy or sell the asset. We expect to see another decline in the $30,000 – $31,000 area. You have a good chance to cash out your funds before the next sharp decline.If the price does not resist around these levels, then Bitcoin may fall to the values ​​of six months ago.