After falling on Monday, Bitcoin began to regain positions, showing an increase of 3.5%, yesterday. Trading volume remains high at $45 billion per day, but it should be noted that the market has calmed down a bit after explosive growth, and now we are seeing consolidation.

In which direction will Bitcoin go after that, you’ll need to figure it out. Also today we will consider the situation with XRP, which has fallen by 20%, and what will happen to it next. 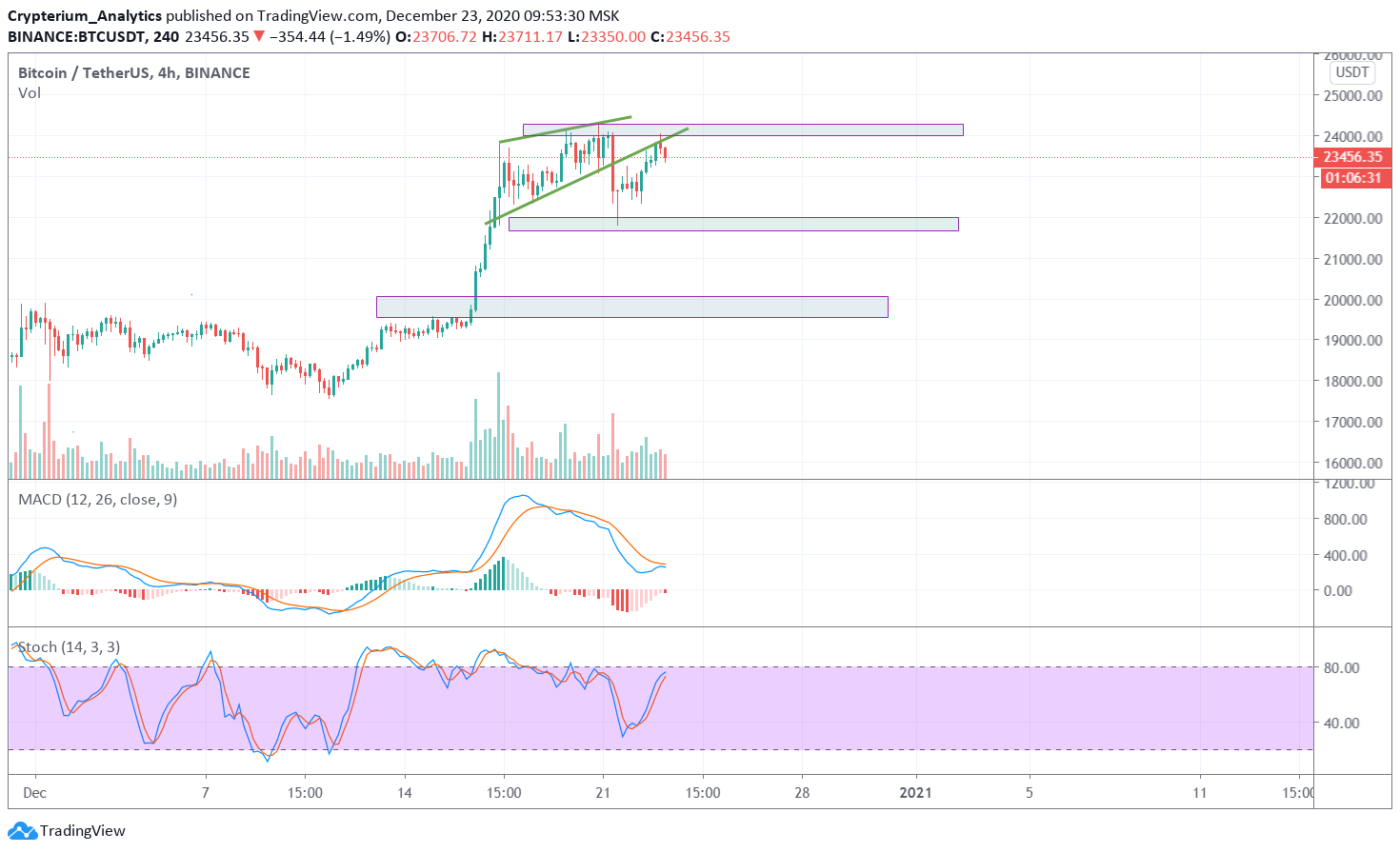 As we expected, Bitcoin bounced back to past resistance levels in the $24,000 – $24,300 range. However, the price failed to gain a foothold there and rolled back down. The same movement tested the lower boundary of the rising wedge, from which Bitcoin fell on Monday. 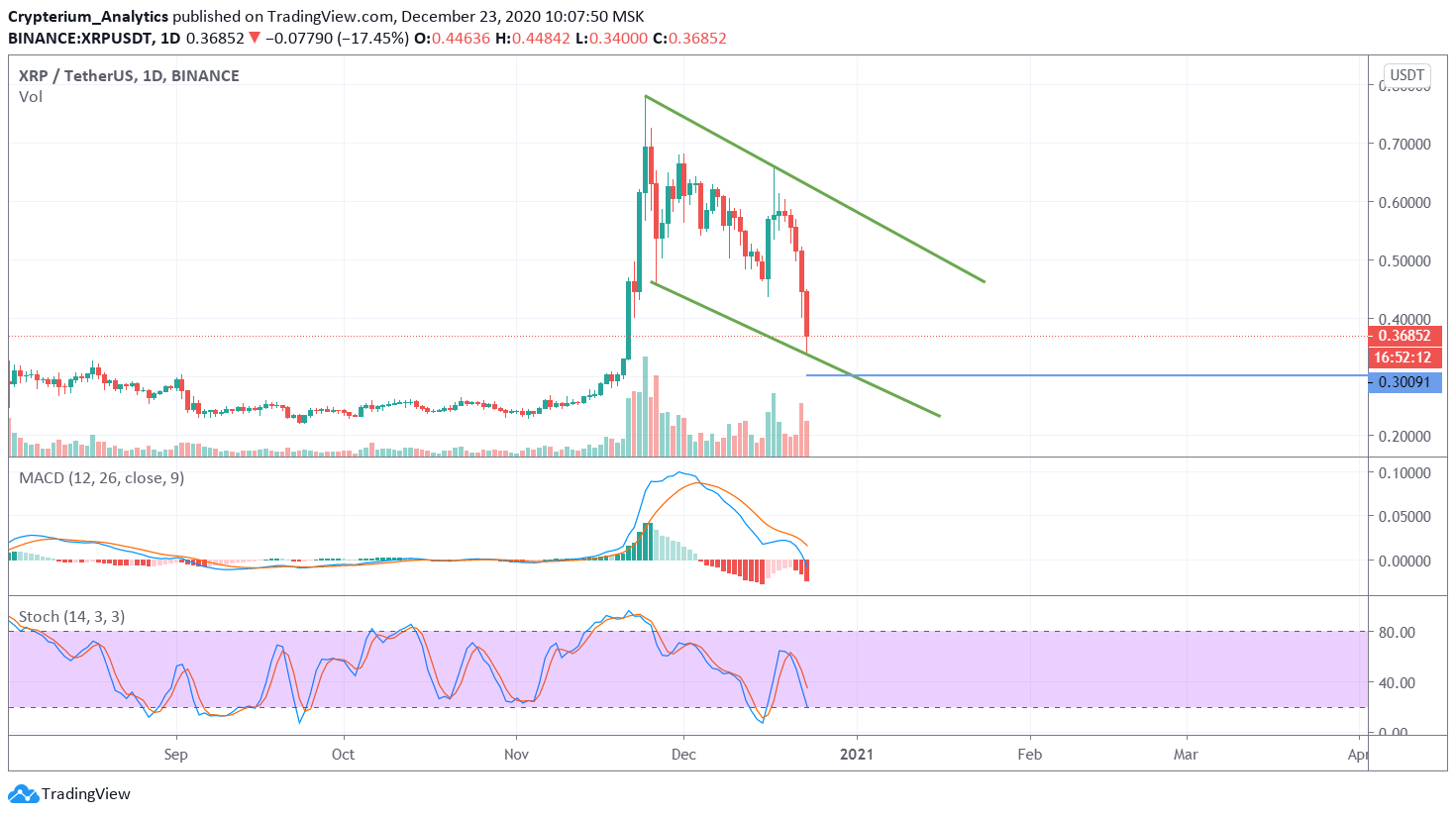 Over the past day, the XRP price has fallen by 20% during a massive sale of the asset. The panic was sparked by the SEC’s lawsuit against XRP for the illegal distribution and sale of the $1.5 billion in XRP. At the moment, this is 10% of the total XRP capitalization.

The preconditions for a decline appeared on December 19th, when the first red candlestick appeared on the chart. On the following days, the size of new daily candles exceeded the size of the previous days. Already on this basis, it was possible to predict that soon we will see the strongest collapse in price, which happened on the 5th day.

As a result, almost all of the growth that was shown at the end of November has been leveled off and now the coin is trading at $0.36. However, we assume that the price decline will continue up to the $0.30 level. This means that the price will drop another 20%. This can happen quite quickly, up to the end of the year.

It is really dangerous to buy XRP now, because if the SEC is interested in the company, then most likely it will be for a long time. Now, the best option is to sell the coin before the end of the proceedings, otherwise, you risk being left with a depreciating asset in your hands and this may last from six months to a year.