Crypto Daily: Bitcoin is Growing and Altcoins are Following It

This week has become one of the most memorable for Bitcoin, as its price broke through $20,000 for the first time. Moreover, Bitcoin did not stop there and continued to conquer new highs, reaching $23,800. The trading volume increased 3 times to $67 trillion per day. Yesterday, a real excitement reigned in the market, which has not been there for a long time.

Such a strong jump in Bitcoin has affected other cryptocurrencies such as Litecoin, Ethereum, Bitcoin Cash and some others. Let’s see what we have to expect from the market in the coming days.

We waited for the moment that Bitcoin broke through its historical maximum, and we predicted that it was going to happen this week, and that’s exactly how it happened.

Now, there are several interesting points on the Bitcoin chart. Notice how actively all the straits below $21,800 are being redeemed. This can be seen from the lengths of the shadows, which we outlined with a rectangle. This means that at the moment, the $21,800 zone is key.

It should be kept in mind that Christmas will begin in a week. This means that many market participants will fix their positions. Therefore, we do not rule out a drop to $20,000 and below next week.

A similar situation occurs on the Ethereum chart. We see that all straits below $640 are actively bought out, which means that this is where the main support level is located now. If we break through the $675 level, then the way opens up to $730, and then $800.

This is facilitated by the positive environment around Ethereum and the constantly increasing number of validators. In addition, after Bitcoin, Ethereum is the main contender for continued growth. 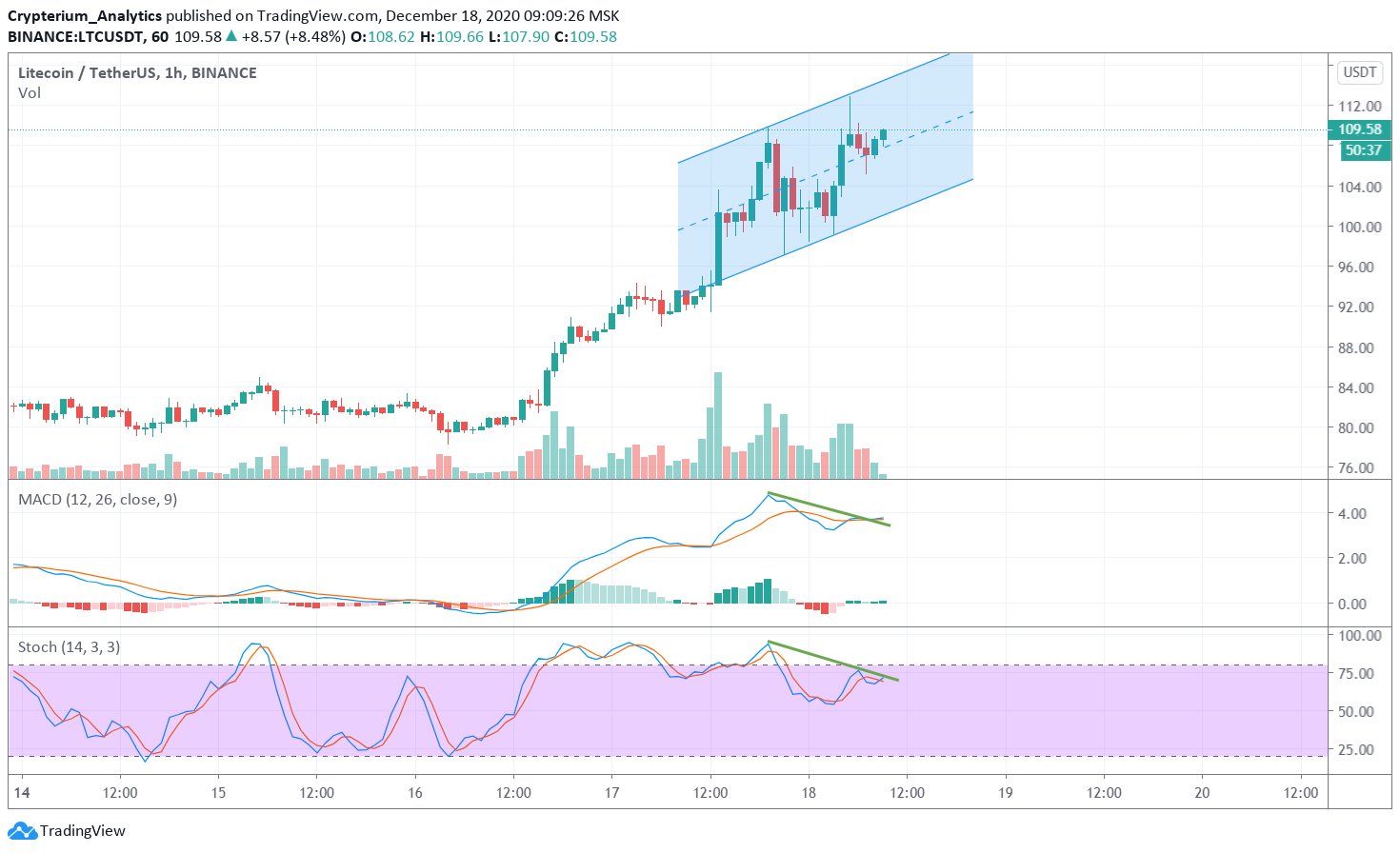 Litecoin exceeded the $100 mark for the first time in a year and a half. At the same time, its chart formed an ascending channel. However, both indicators, MACD and Stochastic, show bearish divergence. Therefore, we expect LTC to decline to $100. This is a key support level and also one of the strongest for a coin in terms of history. 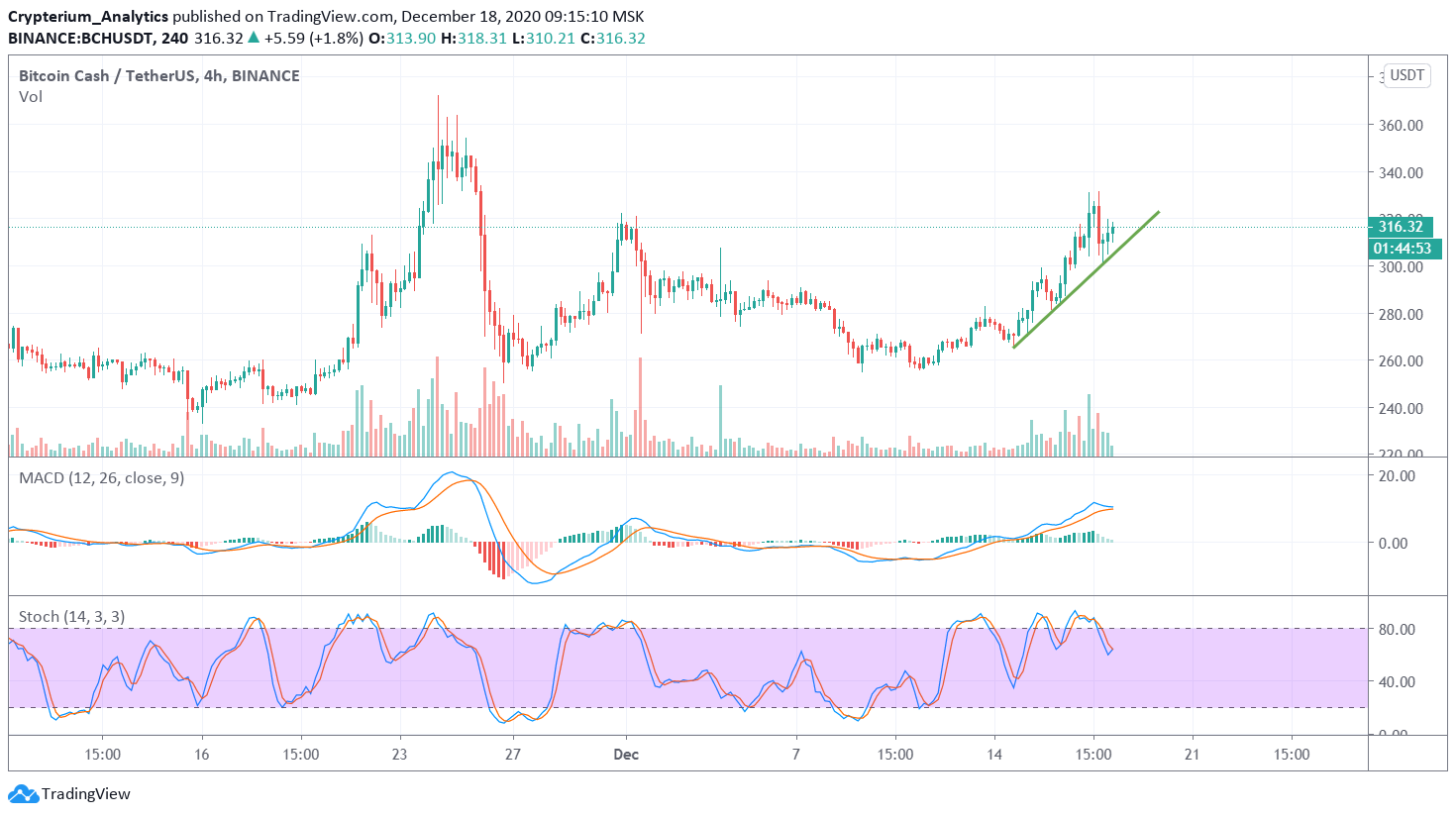 Here, everything is not so obvious. BCH rose 20% but didn’t even make it to local highs. Therefore, the following condition is necessary here: if the price consolidates above $350, then we can expect growth to $400 with a short-term stop near $370.