Bitcoin has been showing growth for the 4th day in a row, and although the growth is not very large, it has a strong trend as it approaches its all-time high. At the same time, the rest of the market froze in anticipation of the Bitcoin outcome. This is evidenced by the fact that most altcoins, to the contrary, lost in value. 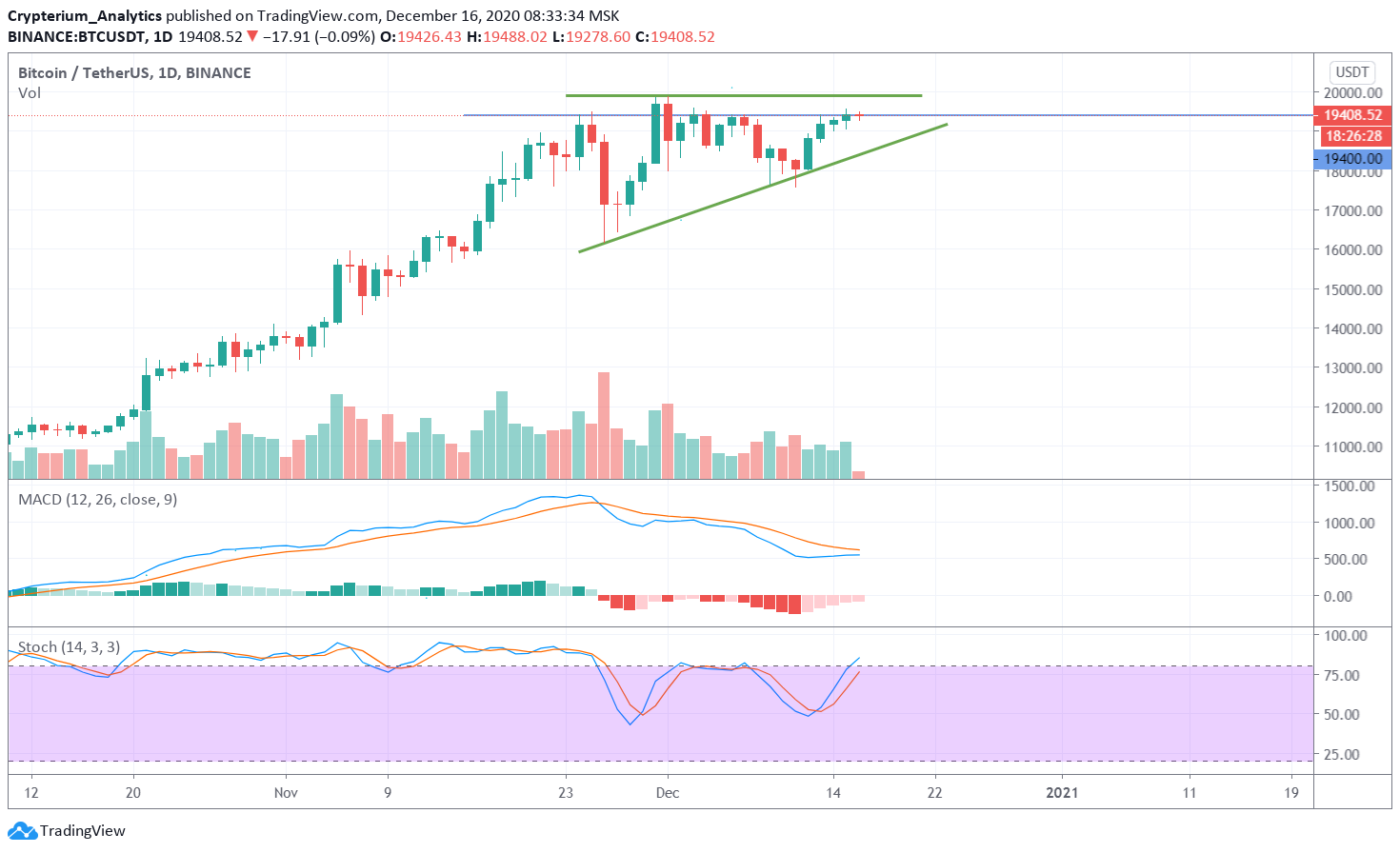 On the daily timeframe, the chart has consolidated above $19,400, which provides an opportunity for further growth. At the same time, over the past month, this situation happened two times and literally the next day we saw a strong fall. Therefore, the situation here is contradictory.

Let’s take a look at the indicators:

– MACD has been declining for 3 weeks, and in the last 4 days, it shows signs of a reversal. The younger moving average is as close as possible to the older one, and if it crosses, the price will most likely go up.

– Stochastic has broken through the upper border and settled in the overcooked zone. At the same time, there is still a large power reserve for the upward movement, and so far this is indicated by the structure of its lines.

Let’s take a closer look at the hourly time frame: 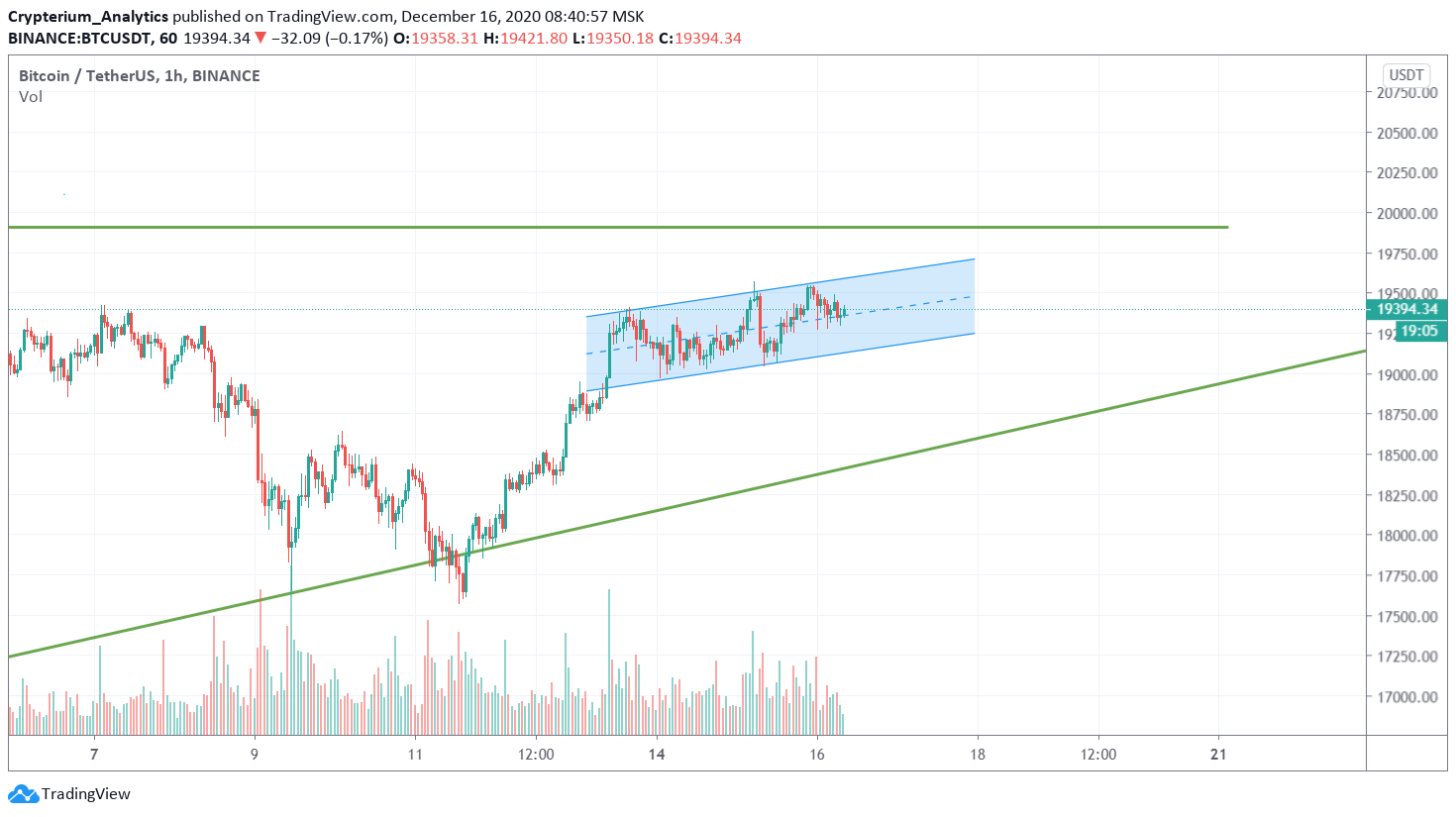 Since December 13th, Bitcoin’s daily volatility has decreased significantly. This contributed to the transition to the ascending channel, in which the chart is now located.

After reaching the $19,570 level, sellers crushed the market and pushed the price to the lower channel border at $19,050. Half a day later, the price won back the fall of $500, and once again touched the upper border of the channel.

If the price breaks the upper boundary, or the chart fixes above $19,600 on the 4-hour timeframe, then most likely we will see a new attempt to set a historical maximum. Moreover, the outcome is also likely that the price can reach $20,000 and break it. Indeed, within 4 weeks, the bulls have been accumulating strength for this and purchased Bitcoins on corrections.

Be careful and attentive, these days the fate of Bitcoin may be decided.