Crypto Daily: What to expect from Bitcoin and Ethereum after the 25% price collapse?

Bitcoin showed a significant drop yesterday, January 11th, and once again proved that the cryptocurrency market is very volatile. In just 1 day, the price dropped by more than $8,000. The price dropped to $30,500, and the trading volume sharply exceeded the $100 billion mark per day, and this is a new maximum.

A similar situation happened with the price of Ethereum, which quickly fell at 25% to $915. 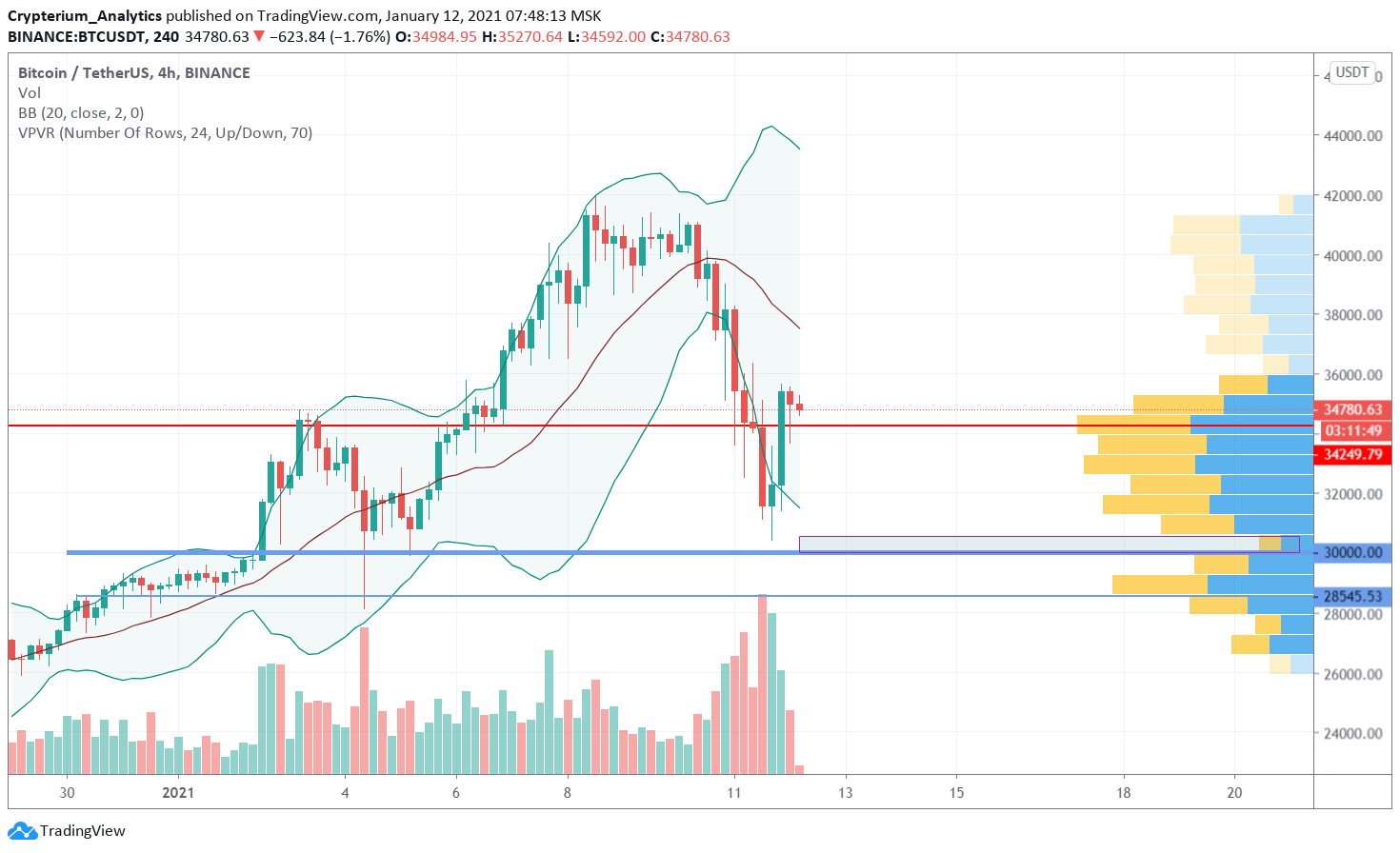 Yesterday we warned that the collapse could continue to the $30,000 mark, but the bears would not be able to push it down. We were right in our prediction. During this fall, the market experienced a massive breakdown of stop-losses that were set by long traders. As a result, we saw huge liquidations that amounted to over $1 billion in the Bitcoin market alone.

If you look at the chart, you can see that the sales volume was very high. This contributed to the establishment of a historic high in terms of trading volume in the bitcoin market – $117 billion per day.

Bitcoin has now jumped to $35,000. Most likely, today we will see an increase in the $37,500 – $38,000 range. After that, the trend may slow down and it will be necessary to study the chart further in order to understand where the asset may move.

It is possible that after that, we will face a decline to the range of $30,000 – $30,500. It is there that you can see a minor trade during the previous growth. A puncture up to $28,500 can occur for a short time. If this happens, there will be many signs for a change from uptrend to downtrend. However, it is still far from this and it is necessary to carefully watch the schedule. 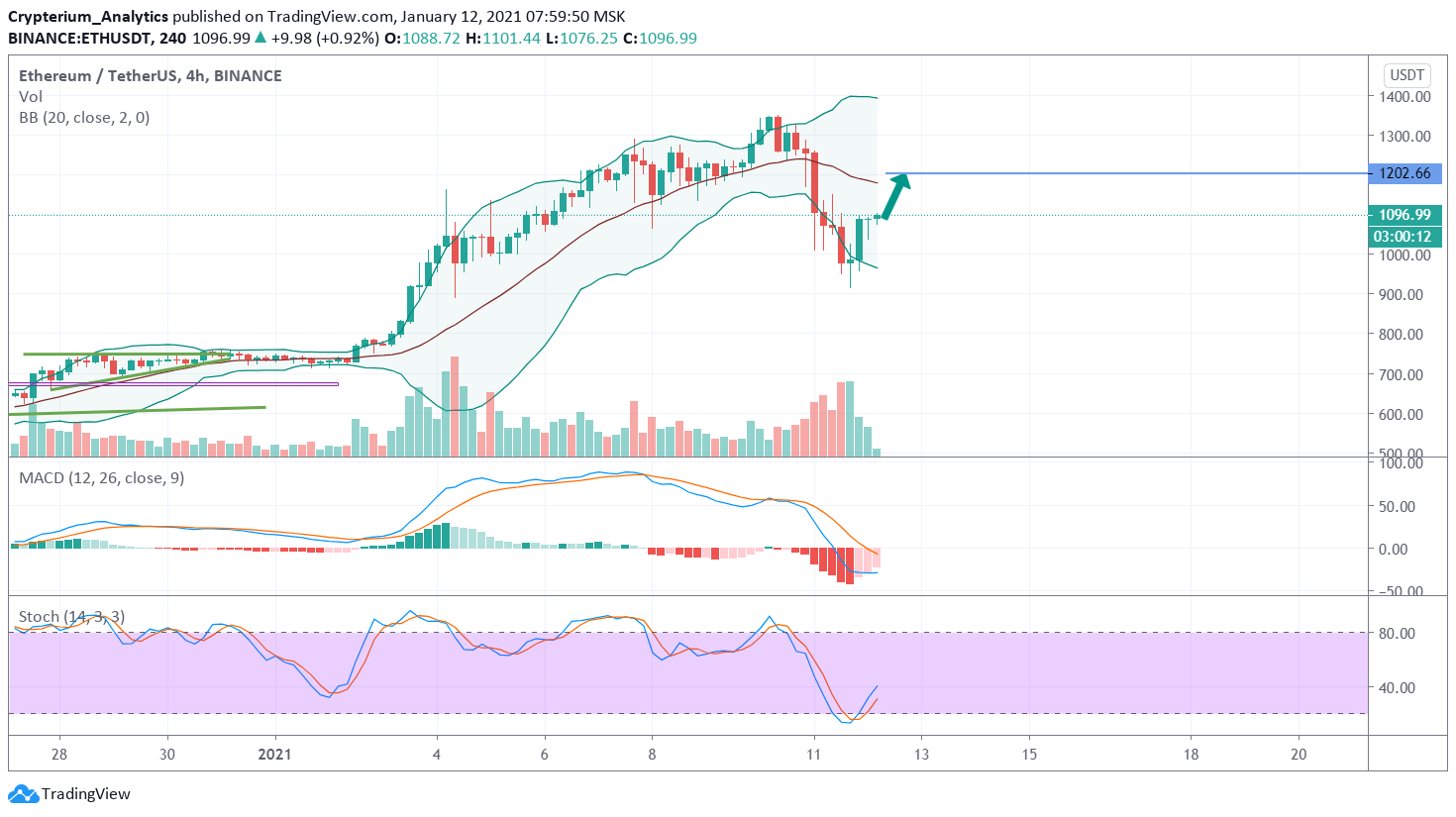 The fall in Bitcoin has had a major impact on altcoins, including Ethereum. Here we also see a significant drop with a strong rebound. At the same time, further growth is highly likely.

ETH is currently trading at $1,090. At the same time, many signs point to continued growth. Indicators such as Bollinger Bands, Stochastic and MACD also speak of this. The nearest target is $1,200. If you log in now, you can earn about 10% during the day.

But then the growth may continue up to $1,400. But this option should be considered after reaching the first goal for Ethereum.