Crypto Daily: Where Will Bitcoin Go?

Over the past 24 hours, Bitcoin has practically not changed in value, continuing to fluctuate in the range of $19,000 – $19,350. Volatility dropped to $350 per day, and this is the lowest indicator in a month and a half, indicating a decrease in market activity. Trading volume also continued to decline despite the start of the week.

Why did this happen and what to expect next? Let’s figure it out. 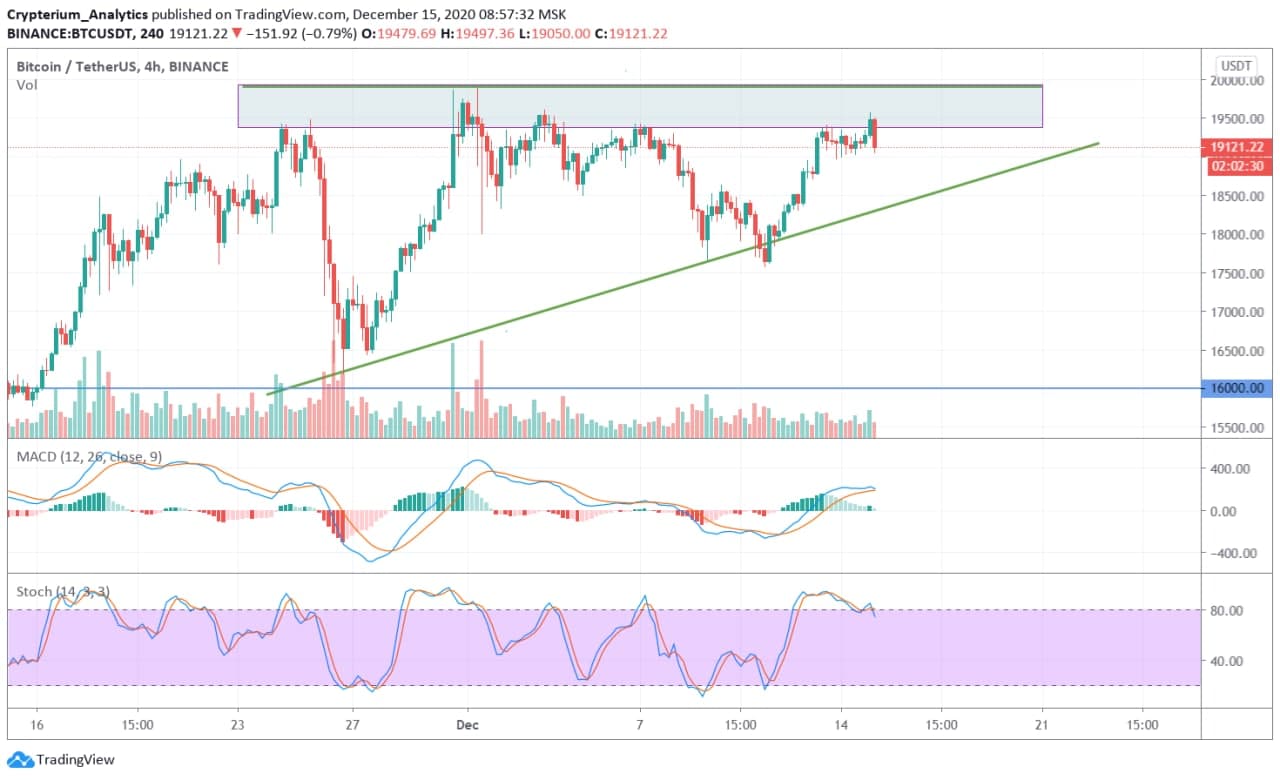 The Bitcoin price slowed sharply around the $19,400 level and was there throughout Monday. The bears tried to push the chart down through, but all the falls were bought out rather quickly and the price returned upward. Then the chart briefly managed to gain a foothold above and even reached the $19,570 level, but falling sharply after that by $500.

It seems that some major player distributes the asset in this range, which is why we see such small price deviations.

If you look closely at the indicators, you can see a small bearish divergence, which has just begun to form. In this case, if the chart consolidates below $19,000 on the 4-hour timeframe, the price will drop to $18,400.

This is the most likely option now. It is difficult to say what will happen next, as everything will depend on whether the price can gain a foothold below $18,400. If so, we will see a decline in the $16,400 – $16,000 range. If this does not happen, then we will see another attempt to establish a historical maximum.