Since the beginning of summer, we have moved even closer to achieving the company’s most important milestones. We want to share important updates regarding the monthly updates, our exchange vision and service improvements, the latest July monthly update with business performance metrics, CRPT token burning and our Q&A session.

If you weren’t able to join the Livestream or just want to take some notes, you can Rewatch it here!

Or you can do it the easy way and read our key points below. 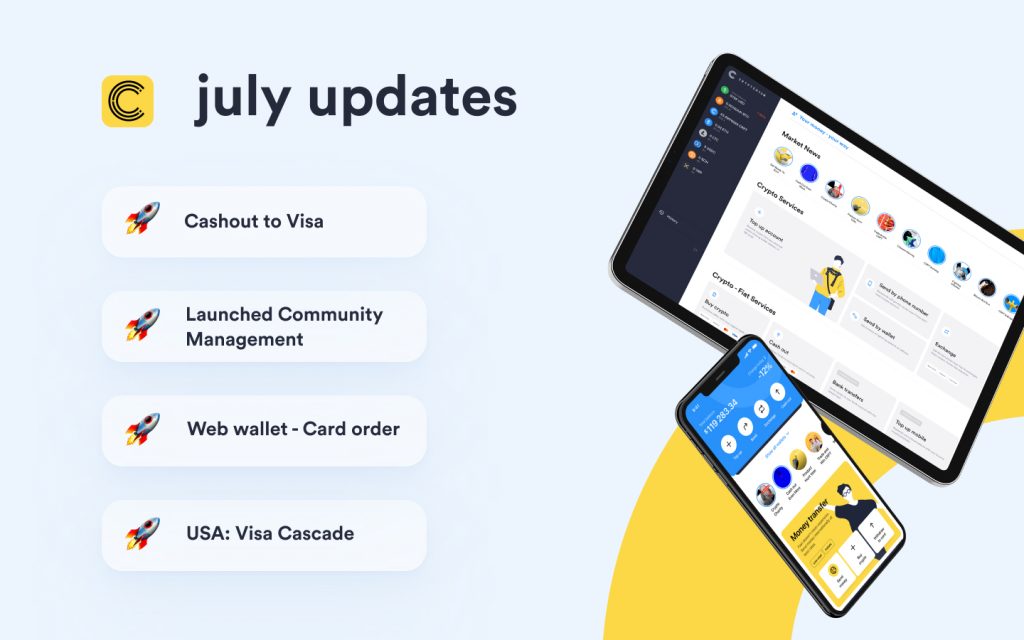 After a long compliance process, we have successfully partnered with Visa to enable our users to cash out cryptocurrency to Visa cards.

We have also improved our community management and customer support to care deeply for the people who support us and create a network in which we can connect, share, and grow.

Card order function in the Crypterium Web Wallet is now available to our customers.

The launch of the VISA card in the United States is underway, planned for 2021. The process is nearing completion. 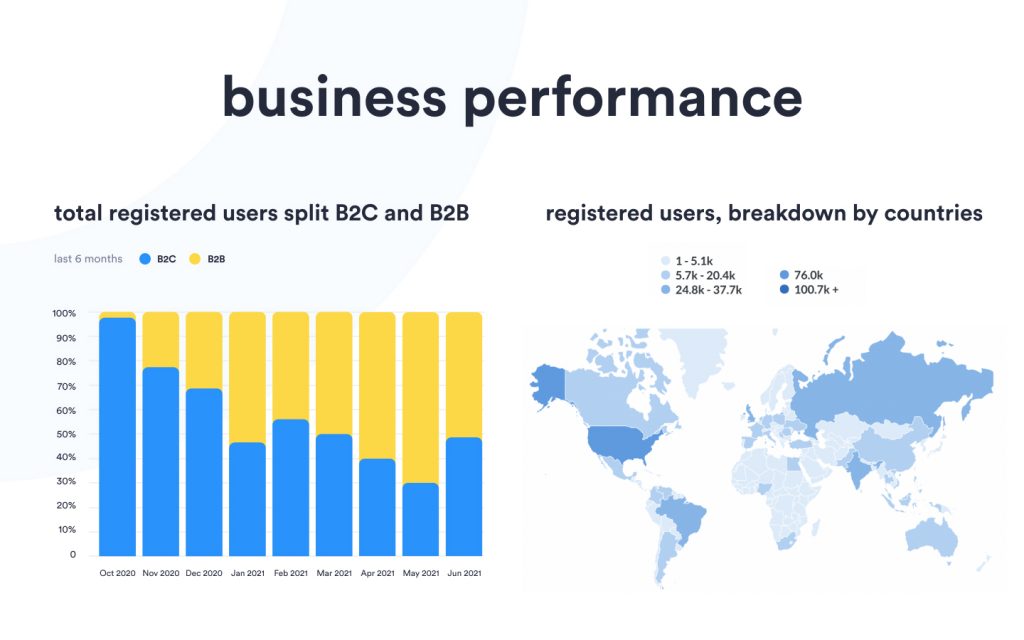 Crypterium has shown a 6% growth in the user base over the last month, increasing interest in issuing physical and virtual cards and performing well in the digital assets market.

B2B offering remains extremely popular. We have signed up to 11 new partners. We have a significant number of newly registered users each month from b2b channels, not just B2C and demand for partnerships remains high. 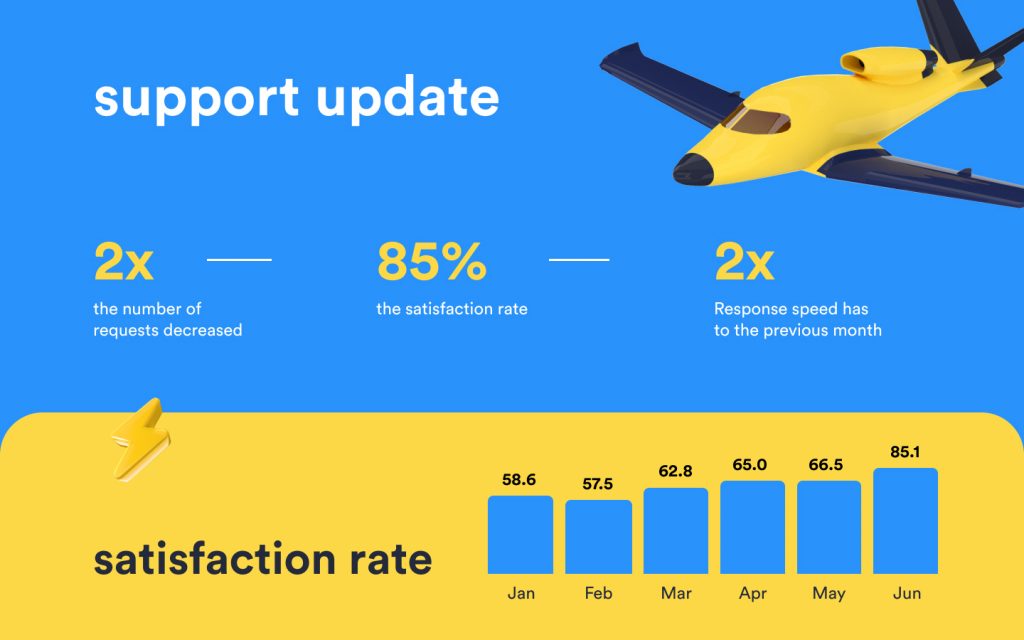 We try to increase the speed of processing customer requests and ensure maximum customer satisfaction. We are constantly working to improve the technical core, simplify the KYC procedure for customers, and anti-fraud strategies.

Our team is expanding, and we are looking for the most qualified specialists in the market. 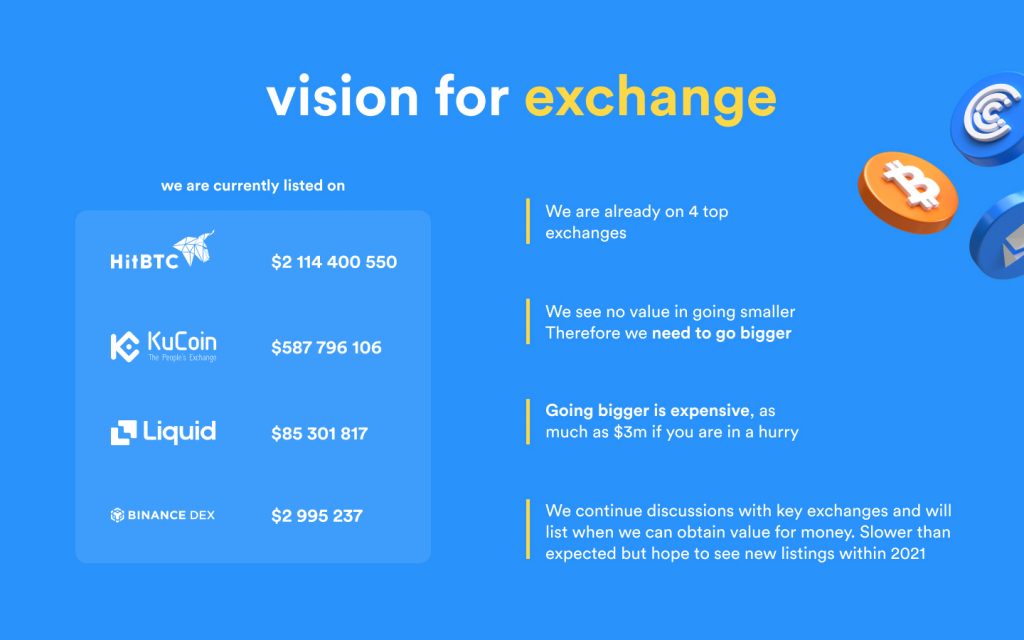 We are currently listed on 4 crypto exchanges with high volumes (Kucoin, HitBTC, Liquid and BinaceDEX) and are mainly focused on being listed on major exchanges a lot bigger than current ones.

New upcoming listings are expected later this year due to a high cost of up to 3 million dollars. We have adopted a strategy to avoid these high costs by gradually forging strategic partnerships, which may take longer than expected but is effective. 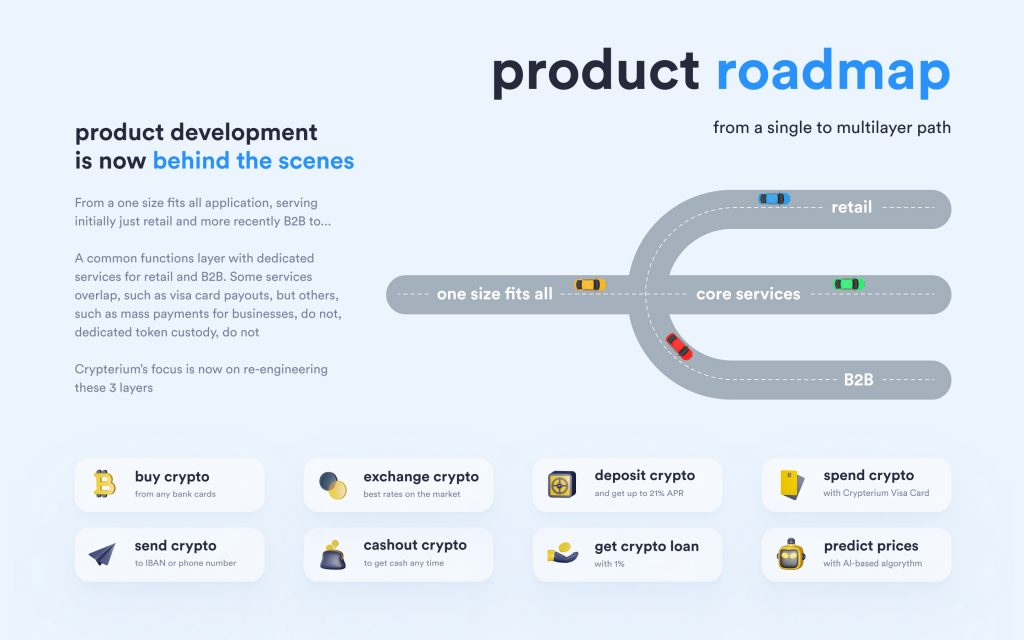 Crypterium’s application development is now entering a phase of optimizing and switching from a single to a multi-layer path with a focus on re-engineering three core layers.

A multi-layered architecture will be used to provide specialized functionality for each of the market niches, restructuring the product’s core architecture to accommodate the different demands of commerce, B2B partnerships, and common users. 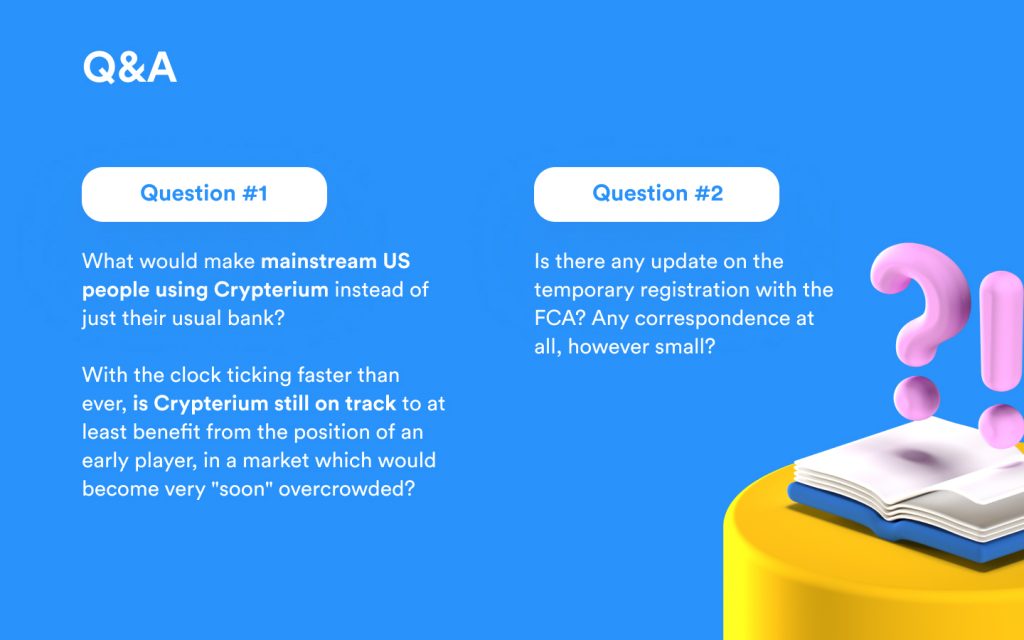 Question: What would make mainstream US people using Crypterium instead of just their usual bank? With the clock ticking faster than ever, is Crypterium still on the track to at least benefit from the position of an early player in a market which would become very “soon” overcrowded?

Answer: Crypterium positively sees the entry of new players in the market because this will force regulatory agents to streamline processes for everyone. We also have global reach and expertise to offer better-structured products at better prices.

Question: Is there any update on the temporary registration with the FCA (UK financial regulatory authority)?

Answer: Yes, unlike other companies that had to withdraw from the process, Crypterium received the news that it is regularized until March 2022. And having gone through several stages of inspections, there is no indication that Crypterium will have any impediment to operating in the UK. The process continues to run as planned.

Question: Are there plans to partner with the GooglePay service? 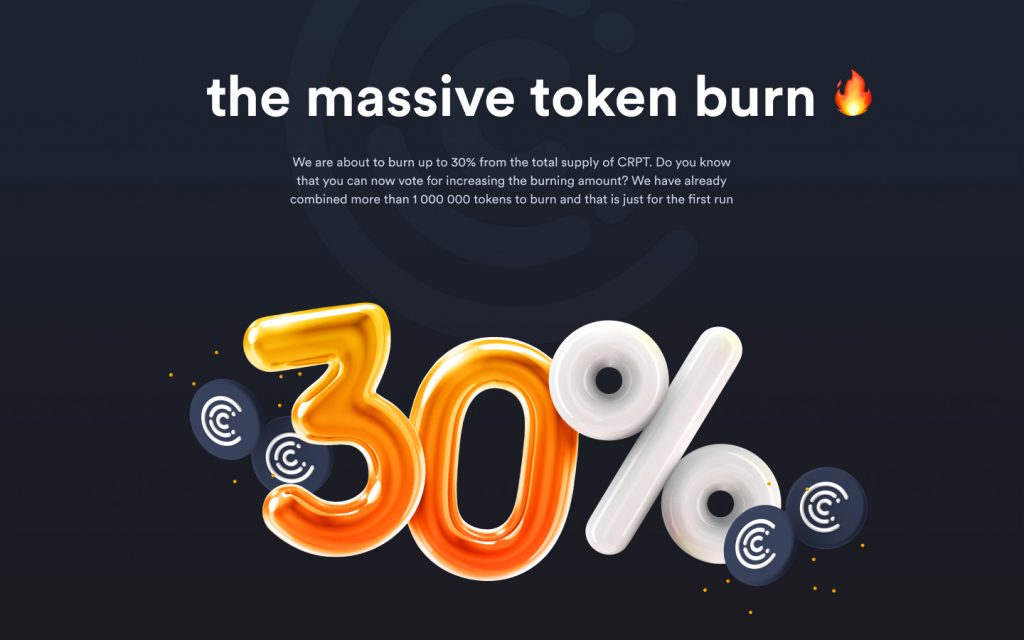 The CRPT token is a utility token and the key player inside the Crypterium ecosystem. Every time when such a transaction appears inside Crypterium, a 0.5% gas fee in CRPT tokens is charged and burned monthly.

Crypterium has collected 1,080,765 CRPT tokens that were successfully burned on July 11, confirming the first step towards burning 30% of the total supply.

At the same time, Crypterium confirms that the burning amount will be growing further since the team will be redeeming tokens from the open market for burning purposes.

We have already burned more than 2,500,000 CRPT tokens in total, and that’s just the beginning. If you look at statistics, you will see that Crypterium is rapidly growing, increasing the user base, number of transactions they make, cash flow, and all other metrics.